Family, Portland and the search for Springers

I put my fly rod down this past weekend.  Bigger game was in our sites.  Columbia River Spring Chinook 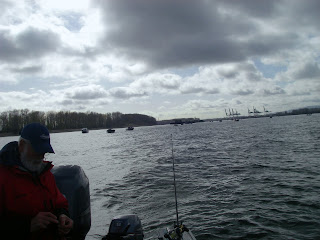 Daybreak on the Columbia

Trolling for Springer Chinook is very familiar to me.  It's how I grew up going after anything bigger than twelve inches and didn't come from a stocker truck.   I am not afraid to bait up a cut plug herring, lash on 6 oz of lead and go bounce the bottom.  It was very, very early for this run of fish.  Fishermen in our family are optimists, and if you're not an optimist, you wont last as a fisherman in my family 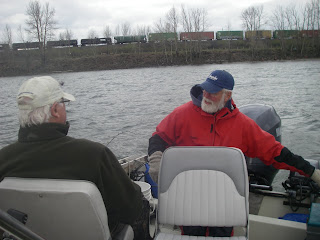 The best part of this trip is the Mills family in Portland.  This town feels like a second home to me, as OMR's entire side of the family resides there.  Family dinners with 20 or more people at my uncles house are the norm.   His three boys are more like brothers than cousins, and my wife and I get the opportunity to hear legendary stories of our family, past down through oral history and aided by a generous helping of vino and spaghetti.

Time on the water was a testament of will, especially on Friday. 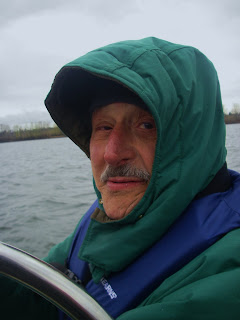 Layer after layer of waterproof clothing buffered us against repeated squalls and high winds.  Drift, reel up, repeat.  Repeat.  Repeat.  I was starting to see a similarity between swinging for Steel and trolling for Chinook. 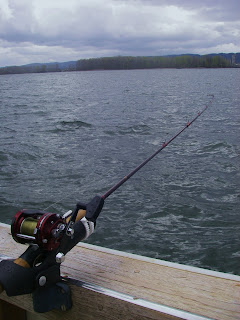 Saturday brought much better weather, great conversation with OMR,  OMR Jr and his son Cole.  Larry, aka, ORM Jr. is a great boat captain on his home water, and I tried to learn as much as I could. 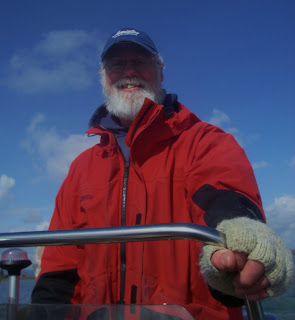 Boat traffic was way up, but nobody was catching anything.  ANYTHING.  In over 80 boats, we saw ZERO fish caught.  Of course, conversations with other boats hinted at success, but we hadnt seen anything.

The day drifted away and on the way back to Rodgers Marina, we hoped against hope and made one more drift.  And as you would guess....pay dirt 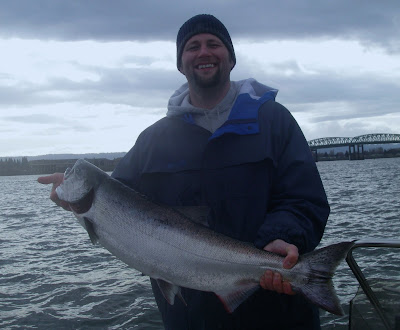 Twenty pounds of dime bright hatchery chrome threw our boat into a crazed mess.  The buck hit my cousing Cole's offering, only to wrap into OMR's herring, then circle under the boat to wrap into Uncle OMR Jr.'s rig as well.  Talk about a five alarm Chinese fire drill.   Four guys all 6'2 and above and all over 220lb....dancing around a 20 foot Boston Whaler.  With a tank of a Chinook hooked up as well.  Holy Hell

So you have three fishing nuts screaming instructions to Cole as he's attached to two other lines and one pissed off Chinook.  Finally, we determined what lines could be cut and the dance ended with this beaut on board. Nice work Cole!

What a great weekend with family, traditions and of course, that beautiful fish 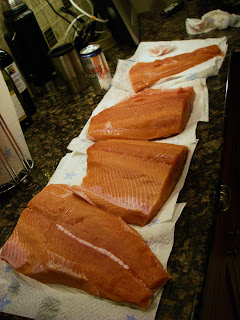 Not  to mention that second slice in was phenomial tonight for dinner.
Posted by Millsy at 10:03 PM