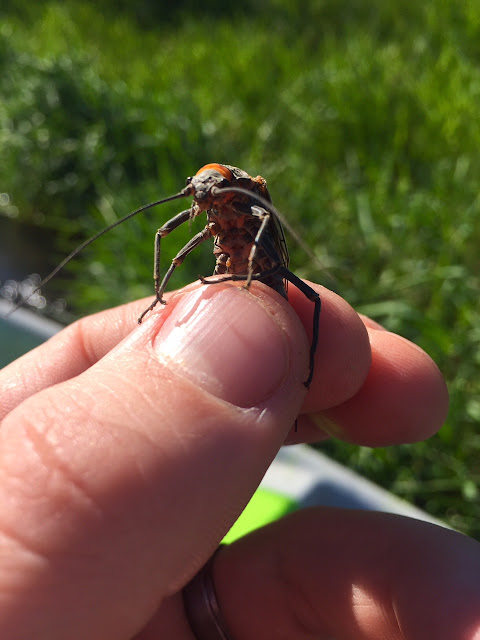 If you found this bug in your house, you'd be calling an exterminator.

On the river, I think they make fishermen and women just as excited as the fish that eat them. 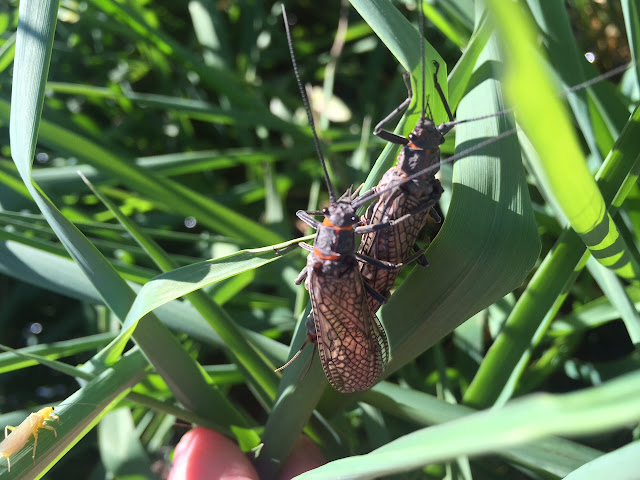 Last week I got the opportunity to fish the legendary salmonfly hatch on the Deschutes and the biomass that crawled around on the banks and grasses were as advertised.

If you've never had a 2-3 inch double winged crawling bug land on your neck mid cast, you'd bet your life it makes the hair on your neck stand at attention.

They're so damn big, lumbering around on everything and blasting through the air. 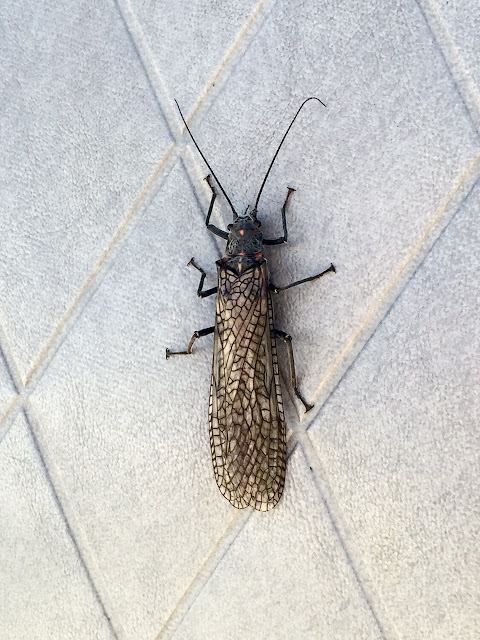 As a joke I ate one.   It had oak overtones with a hint of cherry and spices.

They taste like shit, with just the right crunch to really make you question your decision.  It's not like the fish gave me any points for solidarity and jumped on my fake offerings at a faster rate.

But to the fish, I'm sure they're the piscatorial equivalent to medium rare T-bones rolling down the river.
Posted by Millsy at 6:27 AM