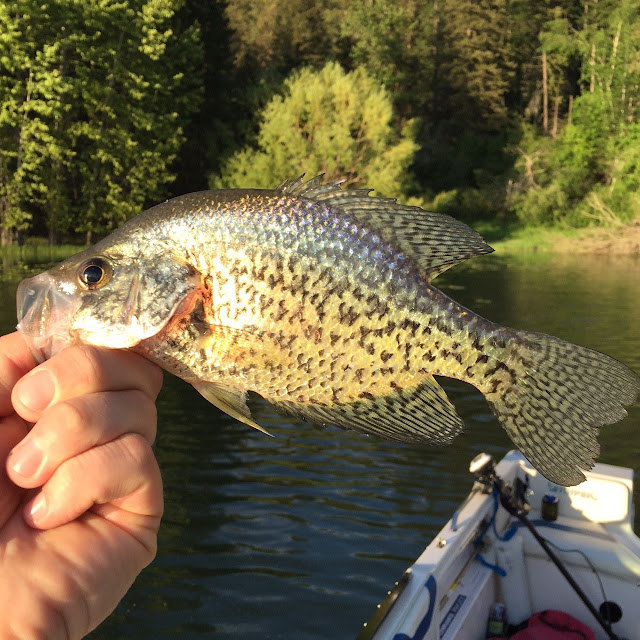 Every trip has a finite amount of minutes attached to it.  The hourglass is always going to do it's thing and eventually it's time to head for the barn

A post work trip found us on a local lake, fishing for groceries and with luck, impending fish tacos.   The first couple hours was a crapshoot.  A bass here, a crappie there.  We weren't finding many of the target species.

Then the golden hour hit, and I am not talking about it in photography terms.  Just about every cast was met with positive feedback from the schooling crappie and we all reacted like bird dogs with a nose full of sent, on point and hustling to maximize the opportunity within our given limit of time and fish.

To say it was on was an understatement.

We were milked the remaining goodness we could find but the inevitable was happening. A few more fish were added to the tally but the bite tapered off and the sun nipped at the tops of west ridges around the lake.  It was over.

It's that golden hour we cherish the most.  When the light goes on and all goes right.  The bite is on, the hatch pops, the fish arrive and you're ready and in place.  It's what you've came for and everything slows down for that brief moment in time.  That hour you milk on the river or the lake are what stories center on and what minds return to when sitting at a desk or stuck in traffic.

Stopping time is impossible.  Being aware and present in that special time where it all goes right on the water is what it's all about
Posted by Millsy at 6:56 AM