Fishing out the back door 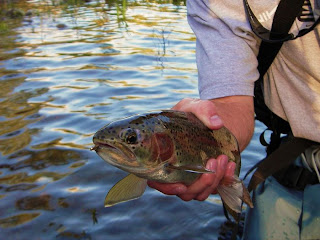 Sure nice to have a river 5 minutes from my house. Whistle blows, drive home as fast as I can, kiss the wife hello and goodbye and I am fishing in 5 minutes.....depending on how fast I can string up the rod and get a double nymph rig set. Sometimes, yes sometimes the fish look up and take dries.....but thats only on special occasions
Thank god for that river, thank god
Posted by Millsy at 4:40 PM 1 comment: 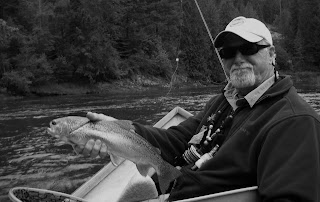 for being my fishing partner 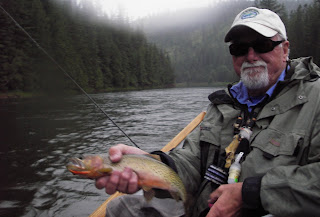 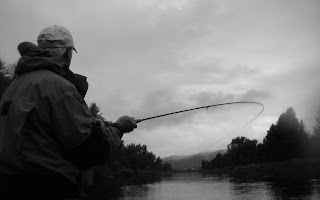 for being my best friend.

Spending father's day with you on our float down the river was awesome, even if the weather played it's nasty tricks on us

Here's to you Old Man River, here's to you!
Posted by Millsy at 9:49 PM No comments:

Falling in love with a new fish......CARP 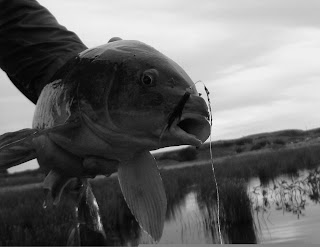 Another post work outing to a not so far away lake from Spokane. 4 brutes over 10 lbs to hand...one hell of a night. Sure kicks the ass off yard work 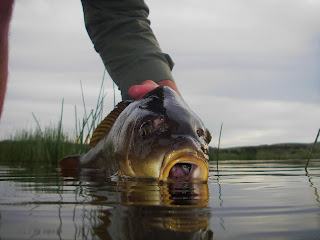 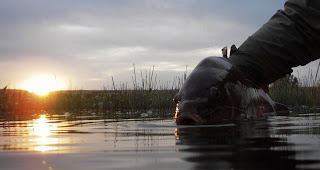 Cause Murph Dog gets to come along 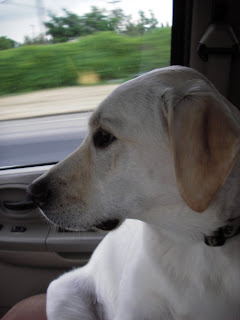 And act crazy as shit when she hits the water 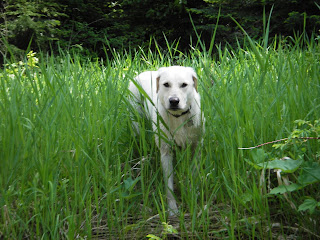 There's not much better than a good fishing dog!
Posted by Millsy at 6:20 PM No comments: 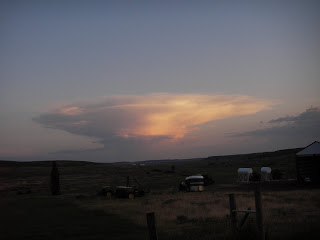 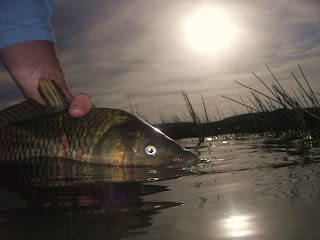 What a weird yet cool fish. This little feller took a crayfish.. 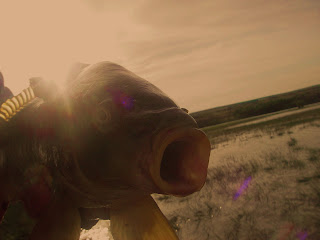 One of my favorite movie quotes shall apply here
"Thinking of taking that new chick from logistics....things go well, think I'll show her my O-Face"
Office Space
Posted by Millsy at 7:13 PM 1 comment: 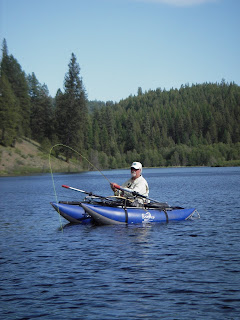 How lucky am I that I get to spend as much time as I do with my dad. OMR and I spent Saturday at McDowell Lake above Chewelah.

We certainly didnt crush....but we got ours.

A few fish right away, then it went dead. Then as I am talking with another guy on the lake, OMR yells out his customary yell which really means "ha ha, fuck you....I'm into a fish" 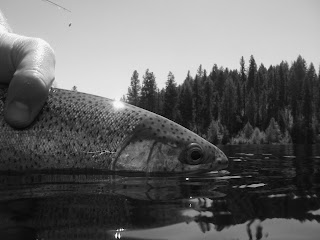 He literally has fish in his veins. There are guys who claim they will no longer fish with him, because he always catches more fish, bigger fish...whatever. The dude has fish karma

Maybe, just maybe I will inherit some of that karma, or at least its rubbing off a bit

Till next time Mr Oncorhynchus mykiss, see ya next time 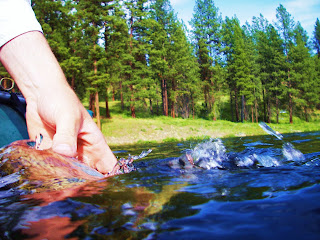 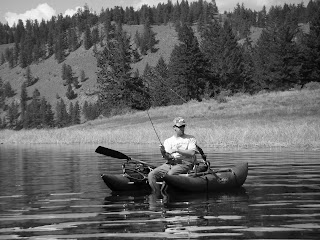 Sometimes, you gotta help out a buddy when rough times hit.

I get the phone call a couple of weeks ago and my boy, my catcher from HS was going through some serious shit and needed a weekend to forget. Thanks everyone for throwing out suggestions in a previous thread, but we decided to hit up Chopaka for a bit of fishing and man therapy.

Key ingrediants were
1. Lots of beer
2. Lots of grilled meats, brats, etc
3. Way, way to many flies than we actually needed
4. No girly "veggies"
5. No labels that said "fat free"
6. Lots of fishing time

We arrived at the lake around 11am and rushed through camp setup and gear set up to get on the water. My buddy was amazed after such a long drive and long road up to the lake as to how many people made the trip up. With such quality fishing to be had, we all know why we make that trip up the nasty Chopaka grade

Chronomids produced a few fish right off the bat, then we went cold for a couple of hours. A hoard of boats congregated at the south end of the lake, and while knowing that the fish were more likely to be down there, we didn't go up there to combat fish 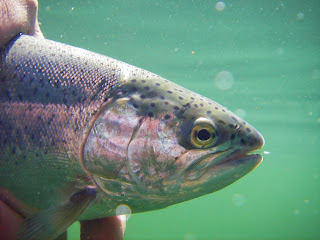 The fish we did catch were as healthy, acrobatic and fat as I have seen in lakes. Nearly all came firing out of the water, many several times

We did find considerable success as night approached dragging buggers around the lake. These fish hit like trucks, and fought hard, hard, hard

There's nothing better than wolfing down brats, building a big fire and catching up with a true friend. The weather couldn't have been better, and many beers were fired down as my buddy got the chance to get a lot of shit off his chest and think through with what's going down in his life.

Day two we battled wind for much of the morning. I did again pick up a few on chronomids, but I couldn't find any considerable success. We tried damsels, this that and the other. While we weren't striking out, we were picking up a few fish here and there. Lakes aren't my forte, and I am missing some key ingredients to really dial in for lakes, mainly an intermediate sink tip. The guys that really, really know what their doing have 2-3 rods on their vessels, and can readily change at a moments notice. We on the other hand had a couple of sink tips, floating lines and full sinks. I could have killed for an intermediate line.

Post lunch we stuck to our full sinks and started to rattle some cages. It wasn't a numbers fest, but we were getting ours. I was really enjoying watching my bro whack fish, you could see the stress fall off in piles 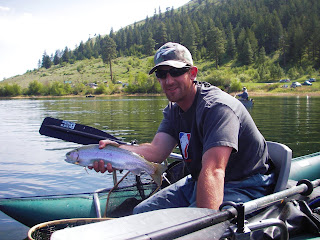 We did get the bright idea of hiking the ridge behind the camp. Stunning views are available for those who need a break from fishing 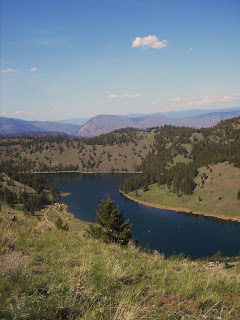 A few more bows came our way after dinner and another evening of old stories, past events, old athletic glory and failure. Man therapy at its finest

We broke camp this morning and came home, both feeling much better. Tough fighting rainbows, no veggies, dirt camping, lots of coors light and good buddies will do that for ya