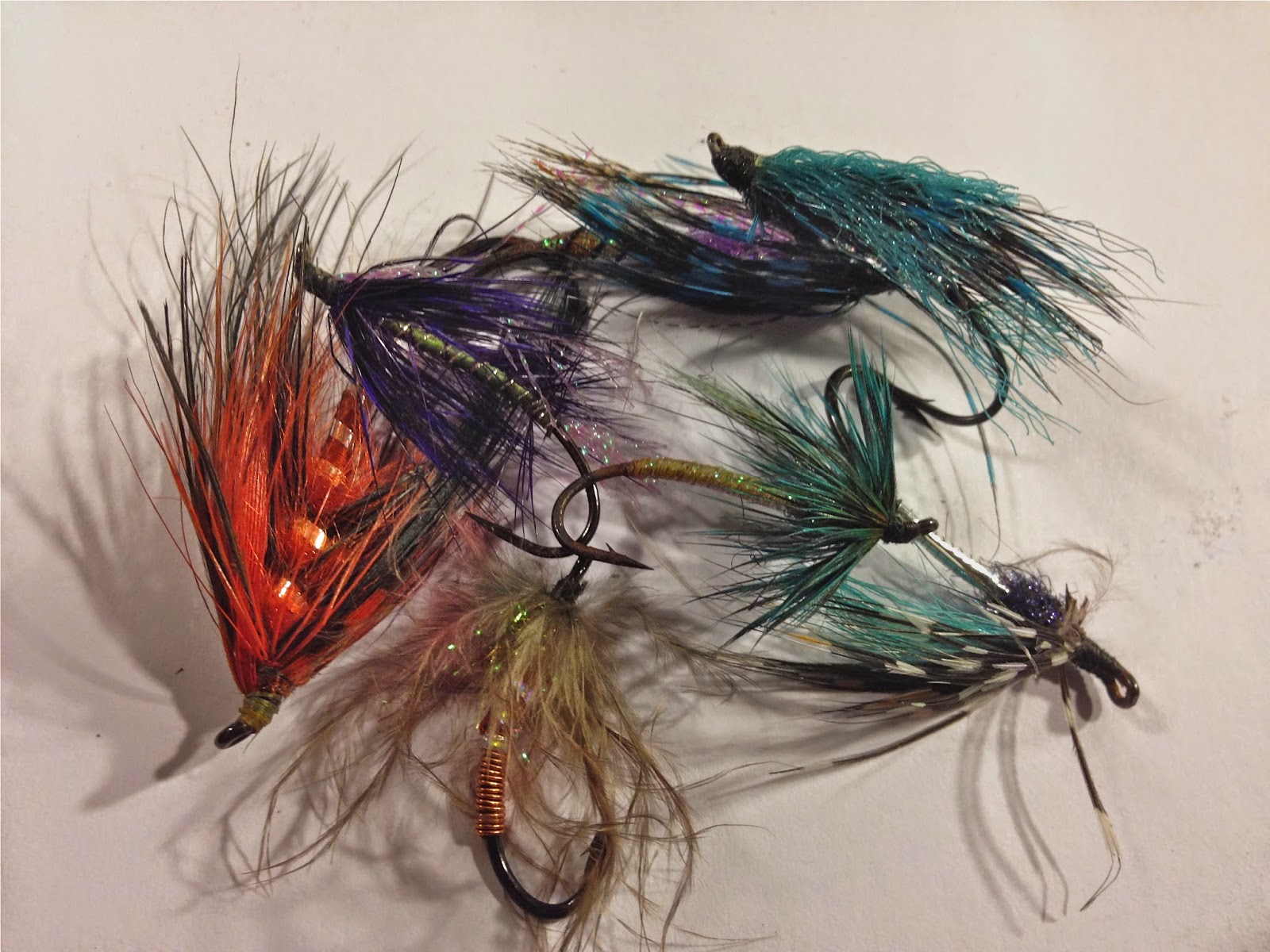 My traditional steelhead box is full of them.  Dead bugs.

We all have those flies that we haven't weeded out. Year after year, they occupy space and you know you're never going to use them.

Half of them you would have used them or did use them, but now they're rusted out.  The other half are bench creations that you look at now and think "what the hell".

Finally I made the leap to cut bait and recycle what was left of some of the good hooks. 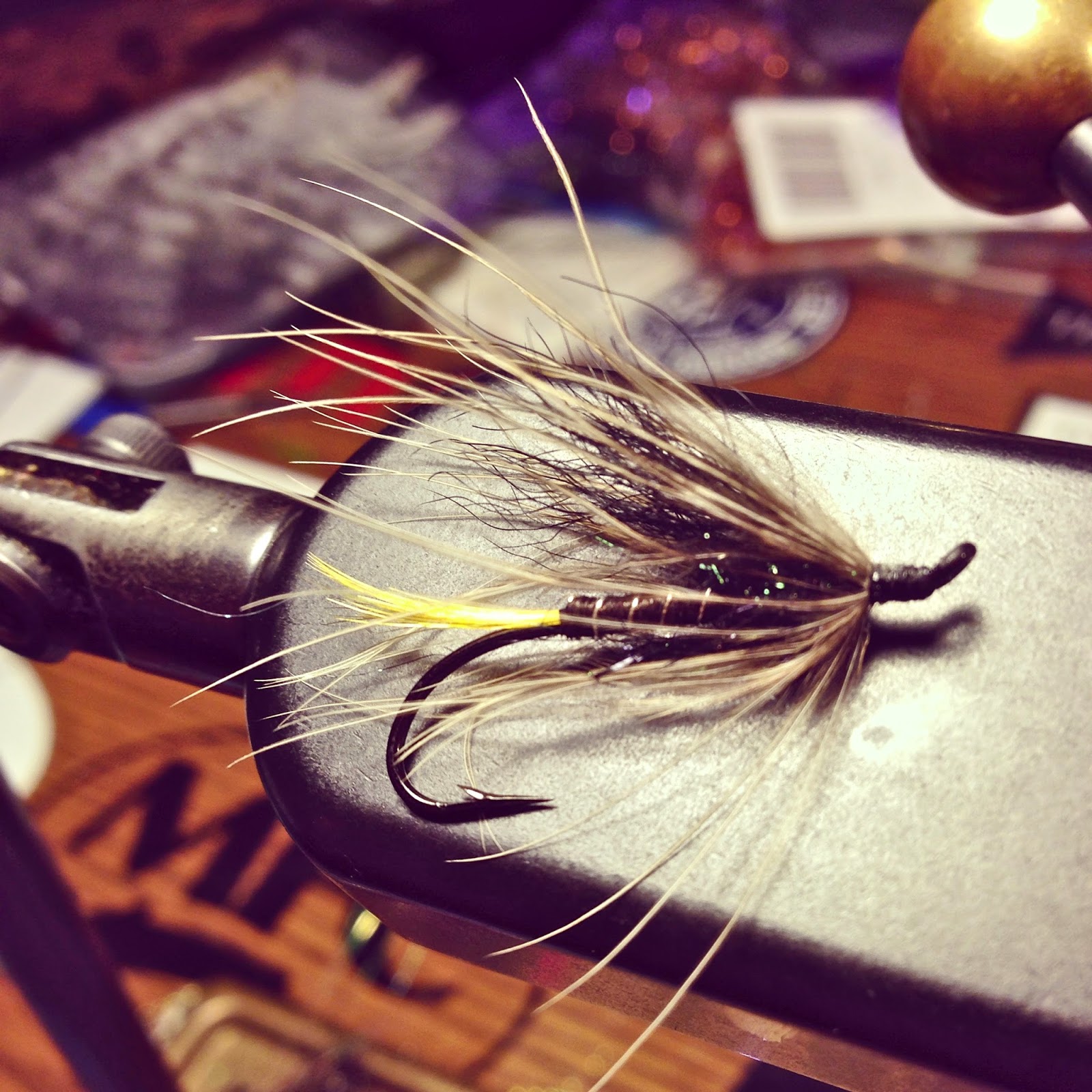 Happy Halloween everyone.  Maybe you'll find new life in your old bugs too.
Posted by Millsy at 7:00 AM No comments: 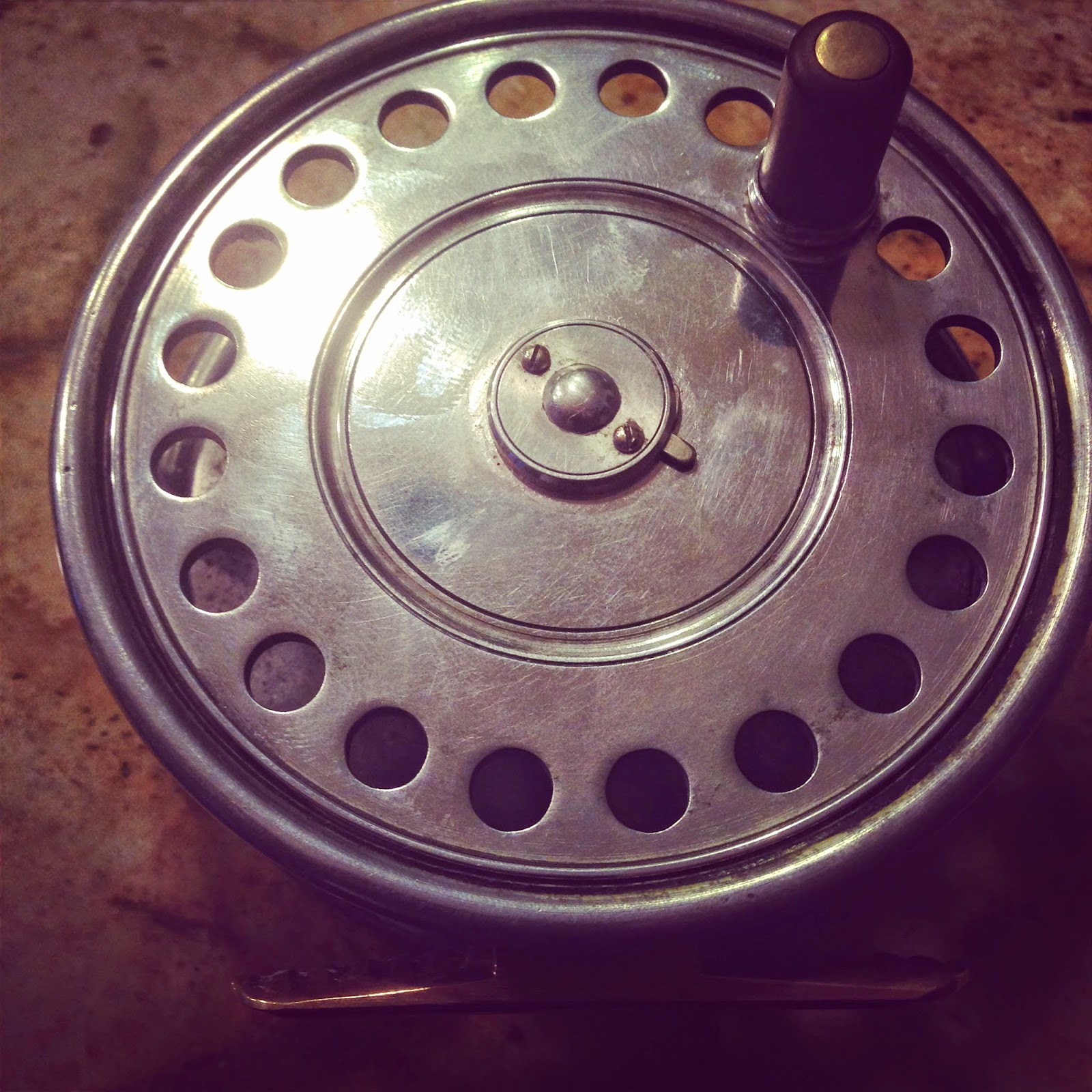 Not much to say here.  Just soak up the sexy.

A big thanks to Steelie Mike for the unbelievable hook up.
Posted by Millsy at 9:11 PM No comments:

Subtle to the Opposite of Subtle. 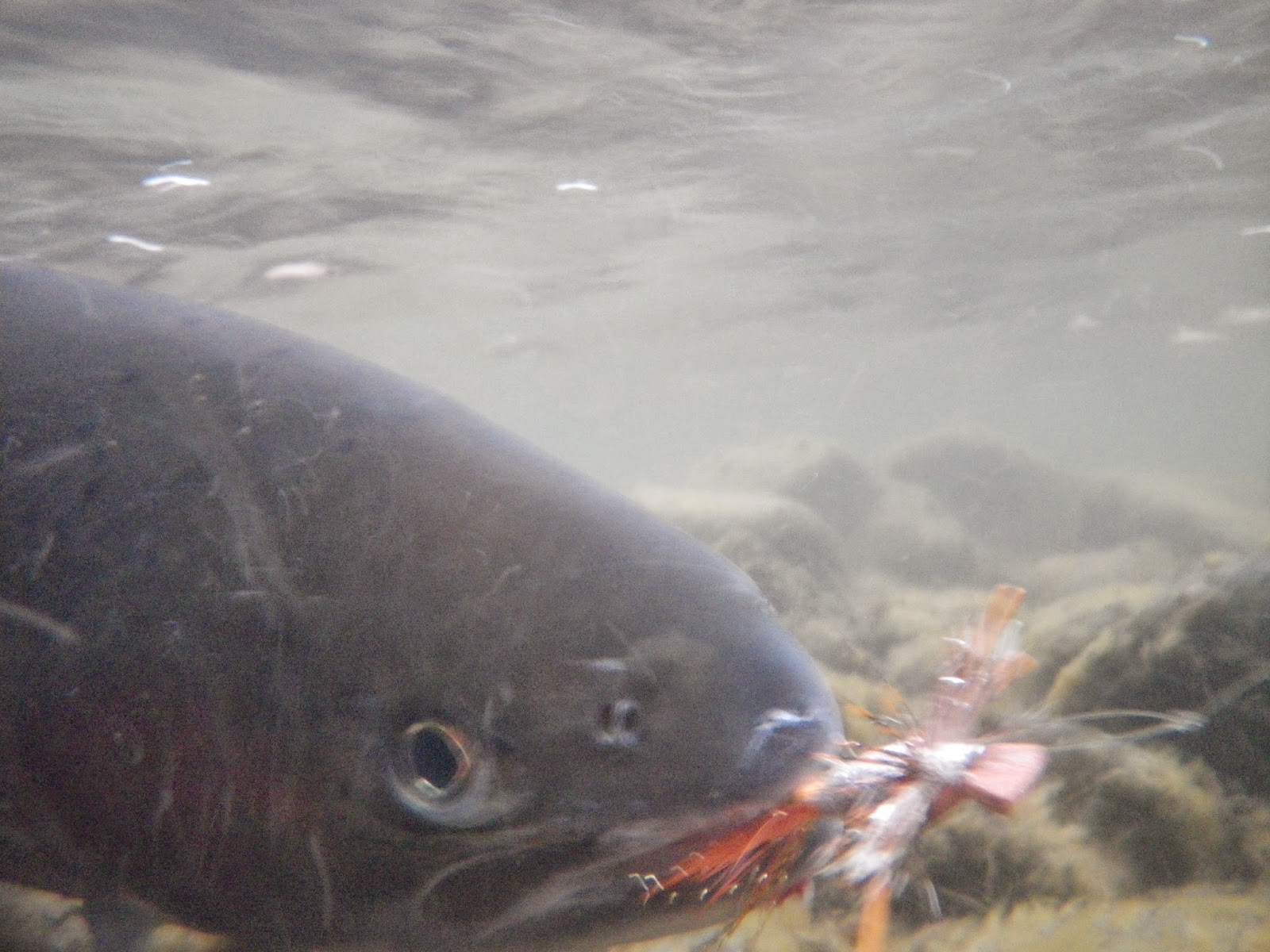 The first rise was so, so very subtle.

Through the pocket water of one of my favorite steelhead runs,  I felt as if the fish had nosed the fly up a bit without committing...like a seal in one of those old cartoons that balanced and spun a ball on it's nose.  It's the only way I can describe that fish and fly interaction.

Hmm, could it be?

3 steps back up and a 2 minute pause.

Skater destruction.  I don't think I've had a more savage, fully committed head to tail rise on a skater than with this fish.   It wanted nothing but death for the fly as it swung across it's zone.  Too bad the fly bit back.

This is just another reason in the myriad of reasons why I love steelhead.

One rise as timid as a church mouse.  The next, it's warfare.
Posted by Millsy at 6:49 AM No comments:

A Peashooter Vs Bazookas... 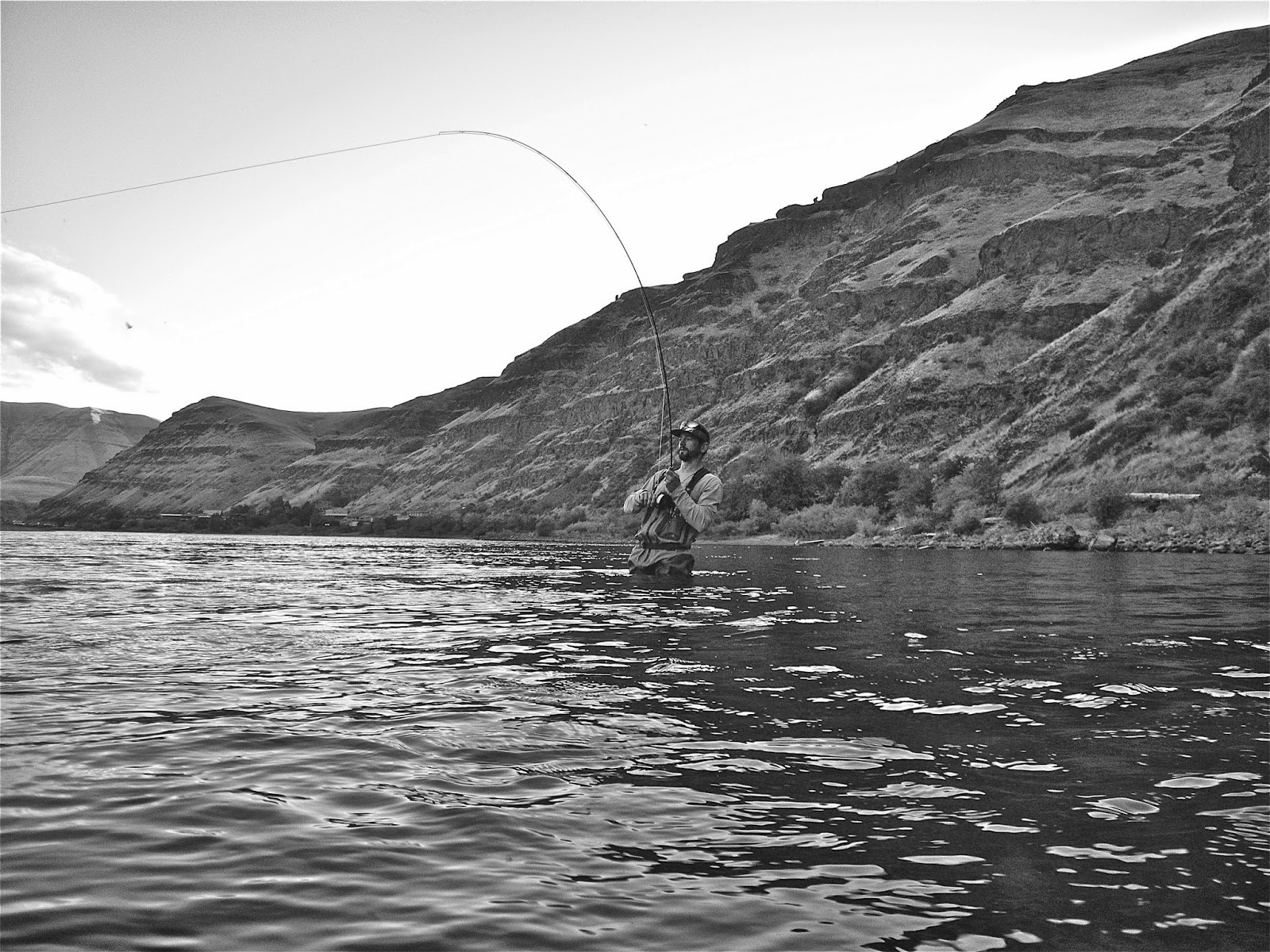 The old timers say, plenty of steelhead have been caught on a single handed rod.

But the truth of the matter is the single stick is the anomaly.  The oddity

So take the biggest river we fish and throw a one hander, and it feels like a peashooter versus a fleet of bazookas

When the fish took, we all freaked out and lost it.    We've convinced ourselves that it wasn't going to happen.   4 adult males dancing around celebrating something that was once just normal

Call it retro or whatever, but it was awesome.  We as steelheaders dont have to boom 100 foot casts, but spend more time reading water and controlling the bug in the water to present it well to a willing biter.

The peashooter won this round, and we couldn't have been happier.
Posted by Millsy at 10:20 PM 2 comments: 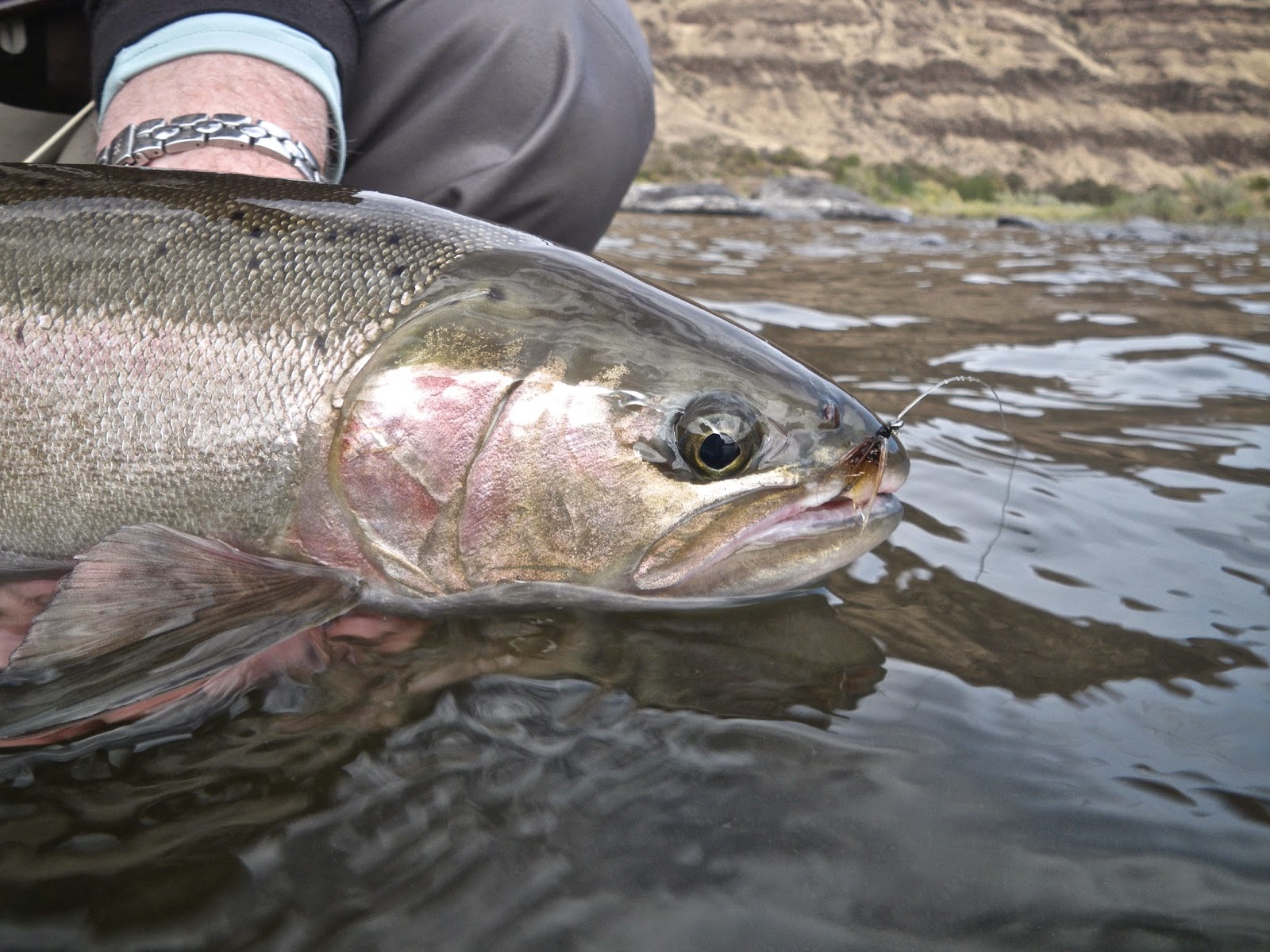 A mid day dryline eater in the middle of a 70 degree October day with all the fins that god gave her.

Perfection.
Posted by Millsy at 9:20 PM No comments:

Labels: Dryline, Steelhead, Suuk it down. 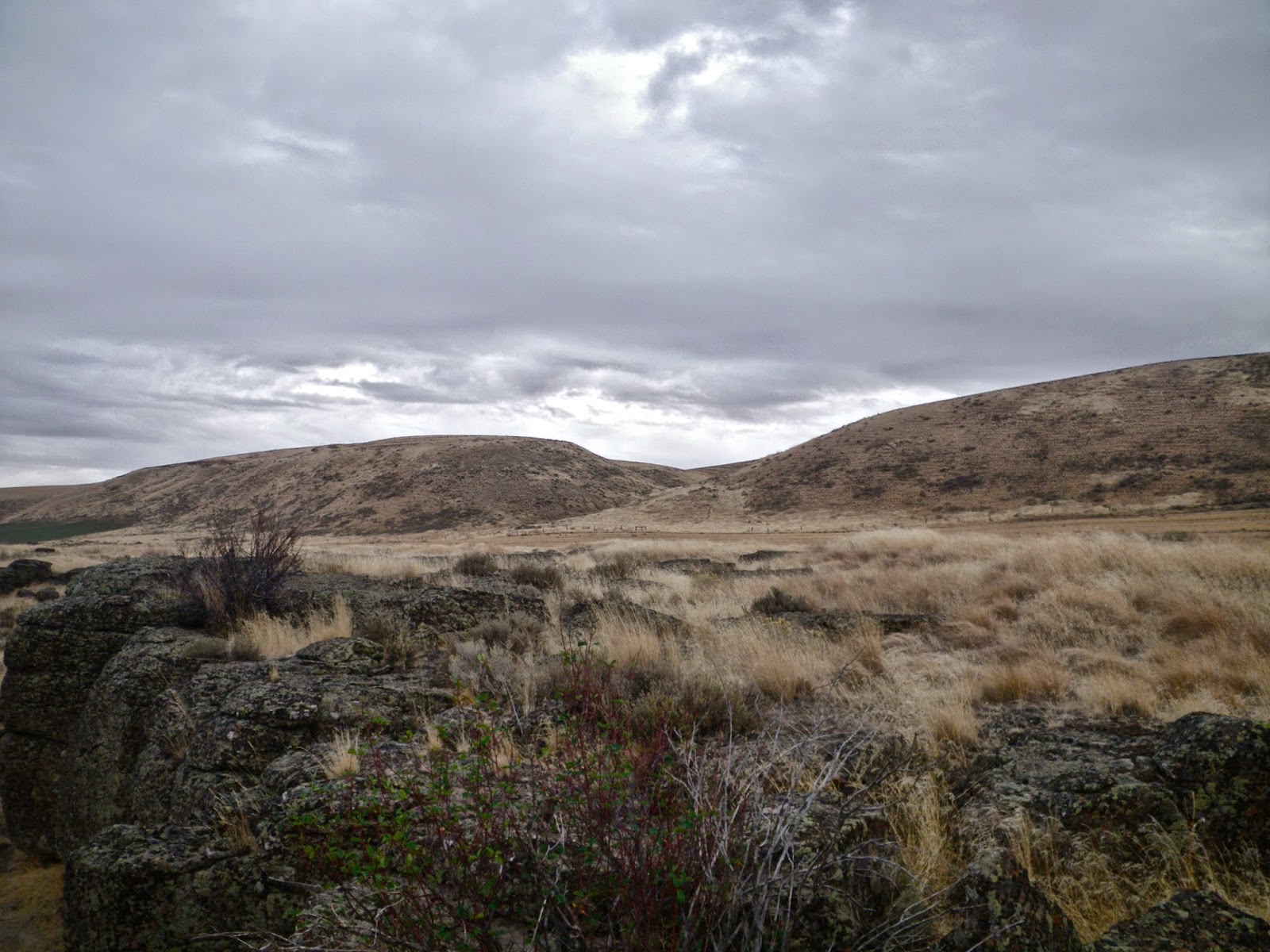 It almost worked according to plan.

OMR laid down the gameplan.  In the waking hours of the morning, he'd stay back, cover the exit routes and I would  climb the ridge and try to find a buck.

I crested over the ridge for my position, and ho-le-shit.

You could tell from 500 yards out,  there wasn't going to be any question if it was a shooter.

The plan was perfect as the deer were returning to their beds after a night of feeding in the newly sprouted winter wheat.   The game was officially on.

450 yards out, they hung up.  The wind was wrong and they stopped in their tracks and stopped moving towards me.   Damn it.

The buck and his does dropped into their beds, not leaving me a lot of options.  I sat and debated my moves, knowing that eventually the farmers who drive the tops of the cut stubble would be along soon and the jig would completely be up.

You only have minutes in a time like this to make things happen.  Sometimes your choices work, other times, well....the meat doesn't hit the freezer

I circled as far as I could around them with the hope to drop down, cut the distance and take the shot.

The wind is what did me in, as I was about crest, drop down and shoot, they bolted

As mule deer do, a sharp whistle got them to stop.  350 yards out, I put the crosshairs on the bucks back and let er have it

Frustrated.  You bet.  It was probably the biggest buck I've ever had a chance at.

But it's why I will be back at it again,  trying to alleviate the frustration.
Posted by Millsy at 10:02 PM No comments:

The Apex of Anticipation 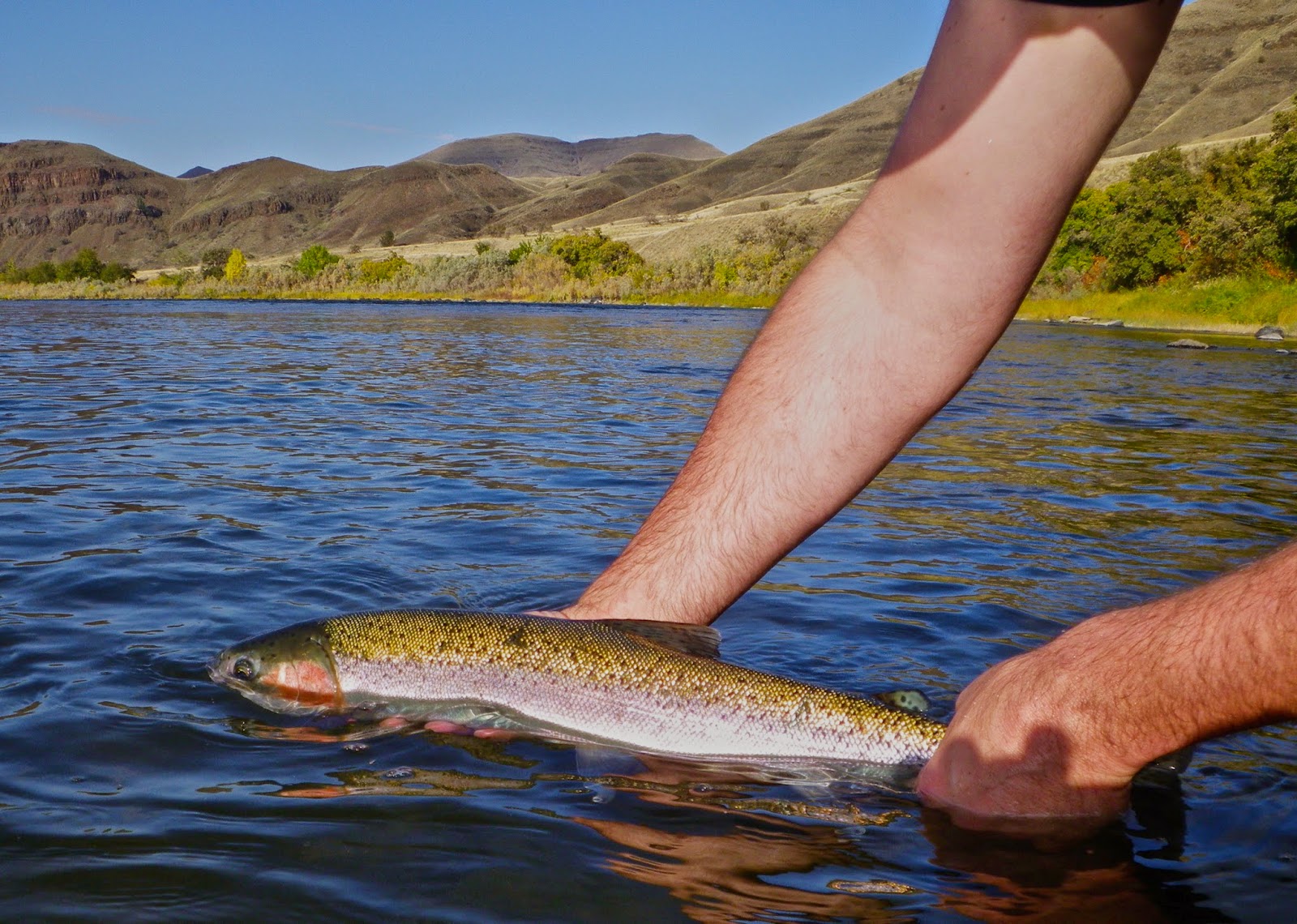 The week was selected 6 months ago, and loomed on the calendar....distant, but anticipated.

The brotherhood will meet at the pre designated time and place and spend 10 days making it happen, and nights bullshitting, eating well and telling stories around the fire

Steelhead will be there.  That is why so many go to such great lengths to make this week happen.    It's a week that I know all of us have been looking forward to for a long time

Some people come for the entire length of camp, some come in and out and others for just a couple days.  No matter, everyone adds to the flavor of the greatest week of the year.

It cant come fast enough
Posted by Millsy at 6:53 AM 1 comment: 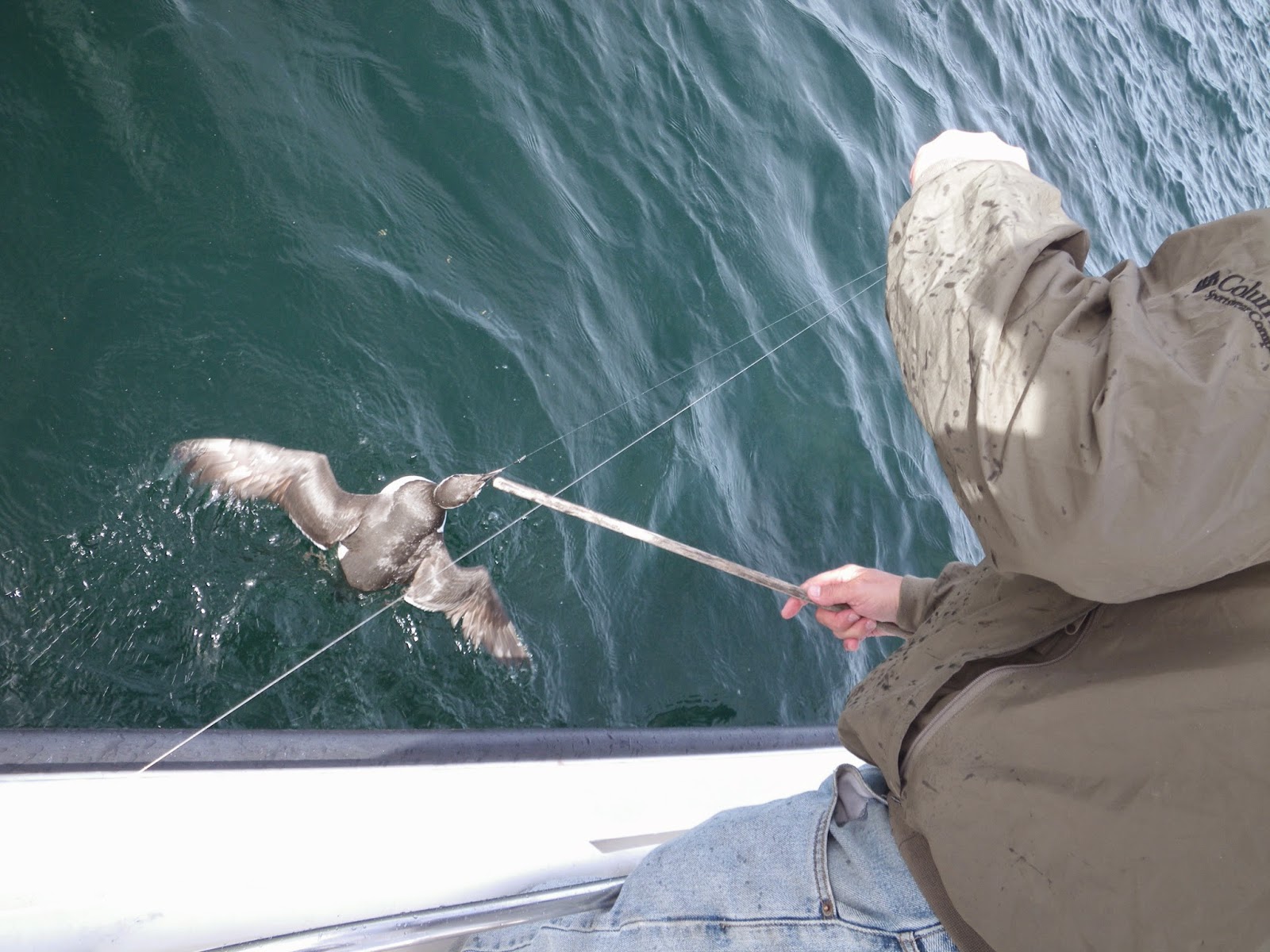 It ran a bit, then surfaced

The season of strange by-catch continues

The poor cormorant, duck, whatever it was snaked the cut plug herring a good 15 ft below the surface so the notion of hooking a winged creature wasn't high in the mind when the reel started singing.

We brought it in and couldn't unhook it without picking it up, and I drew that duty

The bastard bird squawked and drove down below the boat

I think I would have preferred a coho.

Posted by Millsy at 4:38 PM No comments: