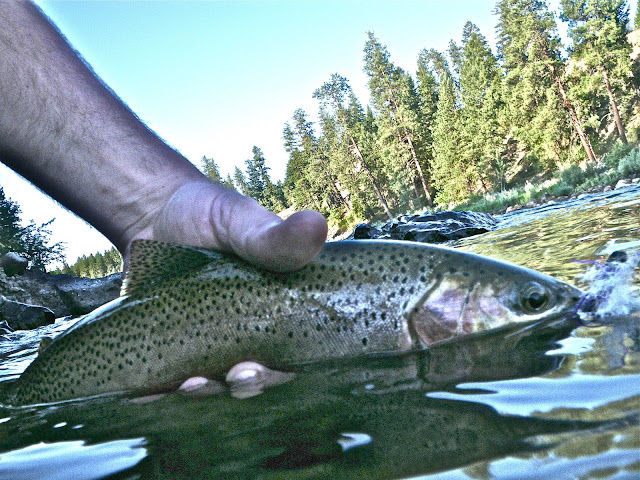 That aint no redband....

The Spokane is a notoriously bad dry fly river.  Plumes of caddis will hover over great water with nary a break in the surface.  The native Redband Rainbows of have a strange adaptation to give the middle finger to most dry flies.  Every once and a while you get one or two to loose their mind and break from tradition, but it's rare to the point that usually, I dont even bring dry flies with me

With the dog days of summer in full swing, I too eschewed my traditional routine and brought a dry fly rod rigged with a Chubby to see if the fish were looking up, at all....in the hopes of intercepting a hopper.

Well the faux hopper was blown up, violently by this interloper to the Spokane system

It makes sense why this rarity rose up to smash the fly.  Westslope Cutthroat tend to do that

Occasionally one of these is found in the Spokane River.  High water events push them from the North Idaho streams,  past dams and into the lower river, but it's a journey that doesn't happen often

Big and healthy, my guess is this guy had been in the river a while.  God, I wish there were more of them.
Posted by Millsy at 6:38 AM No comments: 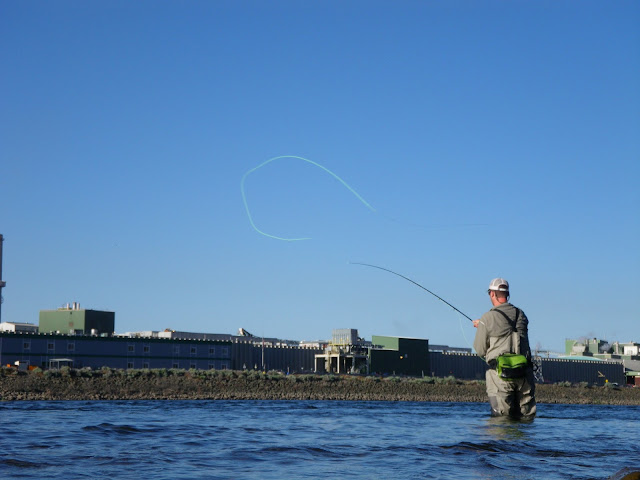 Dotting the sky with the loop.

From a few years back on the Clearwater, this is that little reminder that Steelhead season is but a few short weeks away.  Dam counts are on the rise, but it remains to be seen if this run's early component was late, or just isn't coming.

The GRAPH that measures this year's return has it between the 10 year average and last year's return.  Last year wasnt the greatest, but results dont happen unless you have a fly in the water.

Keep your fingers crossed.  The Chinook runs were late this year, so hopefully the same story for Steelhead.

On the good news front, the wild component to this run is over 50% so far.

All in all, I'll still be swinging a fly this fall and winter.
Posted by Millsy at 8:53 AM No comments:

These days, fishing video's are a dime a dozen.  I remember the first fly fishing film tour's first edition and it blew my mind.  Now fly fishing videos are criticized if this or that is off.  Too much this, too much that, not enough of this....so on and so forth

Lets get it straight, there's not much else that can be filmed that hasnt been shown.

Catching a tarpon in a float tube, done.

I'll still go see every single one that comes out and probably buy the DVD.

What I really appreciate are the films that take normal and show it in a way that displays what our sport is all about.

Case in point, this short from one of my favorite blogs out there, Dawn Patrol Fly Fishing 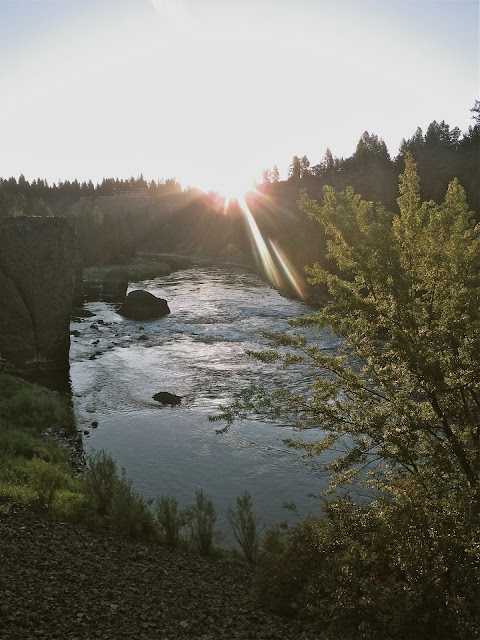 Fatherhood learns you up quick, and with two boys, my time has been squeezed down to where it should be.  Not much.

I'm happy with that, I'm good with it.  It's what I asked for and dearly love the sound of "daddy".  Isn't weird how quiet life was before children fill your life?

But the burning desire to get out still stays stoked.  That's why an alarm goes off around 430am and I tiptoe through the house and pray to god nobody wakes up.  I do a little happy dance when my clumsiness is momentarily curtailed and the door shuts and no crying is heard.  That crying is a trip ender.

The selfish hours of pre sunrise mornings on the local river cleanse my mind.  2 hours is all I need to feel refreshed and ready for the real commitments of life.

Soon, I hope to make my selfish time "our" selfish time when the boys are old enough to join me.
Posted by Millsy at 6:00 AM 3 comments: 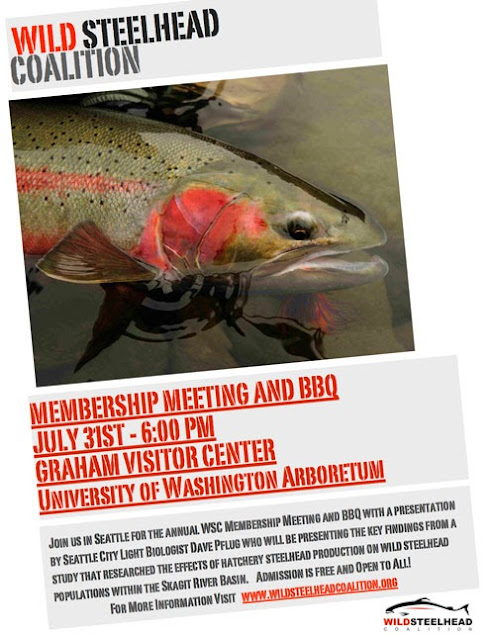 Interested in seeing what we're working on?  Come join us on July 31st for the Wild Steelhead Coalition Membership Meeting.  Great BBQ, a few adult beverages of the malted kind and see the presentation by Dave Pflug on the effects of hatchery steelhead on the Skagit River Basin.

There's a lot of great things coming down the pipe in the near future, and this is our first volley over the way to get you excited and involved.  Be on the lookout for a 2 hosted events and yes...you're going to have a great time.

Get more info at our web site, by clicking HERE

Have you joined the WSC yet?

Posted by Millsy at 7:42 AM No comments: 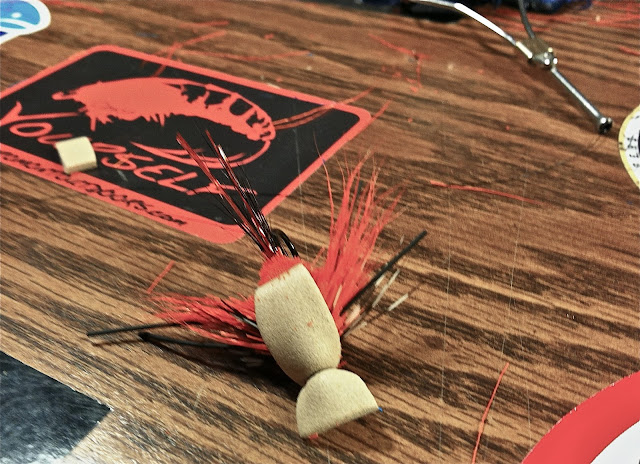 Yes, the time is near
Posted by Millsy at 6:48 AM No comments: 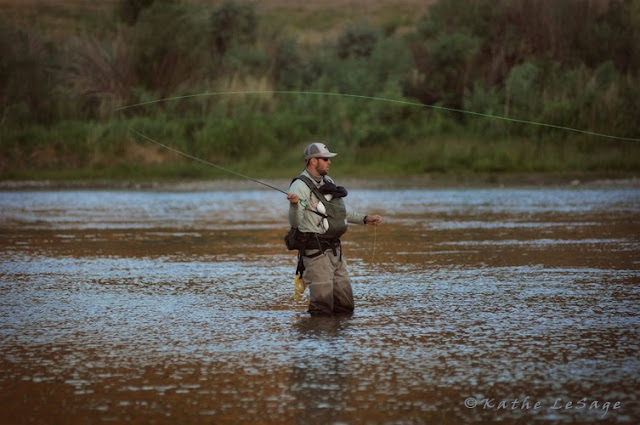 My buddy Quinn is carrying some extra special cargo on his first trip to the river.

Quinn and Mary LeSage welcomed their first, a baby boy named Sawyer to their family around 5 weeks ago.  They spending a lot of time on the Missouri outside of Craig, so it was inevitable that they introduce Sawyer to the sport they love so much.  So I'll do my best to shut up here and let the pictures speak for themselves.  Enjoy! 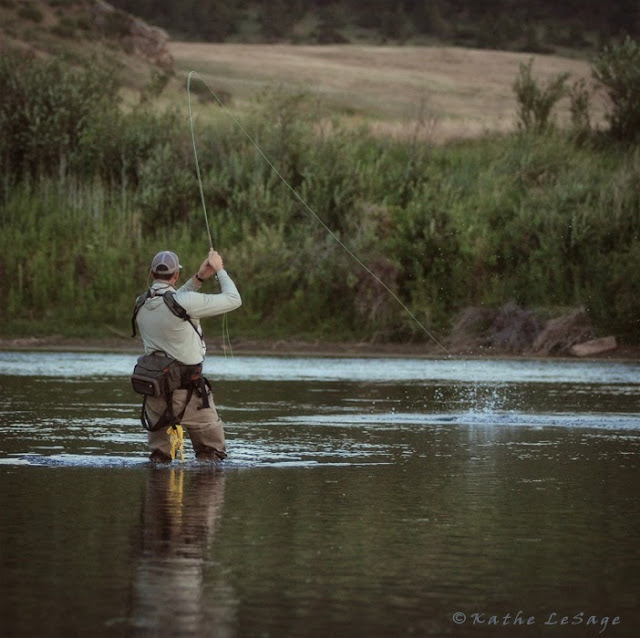 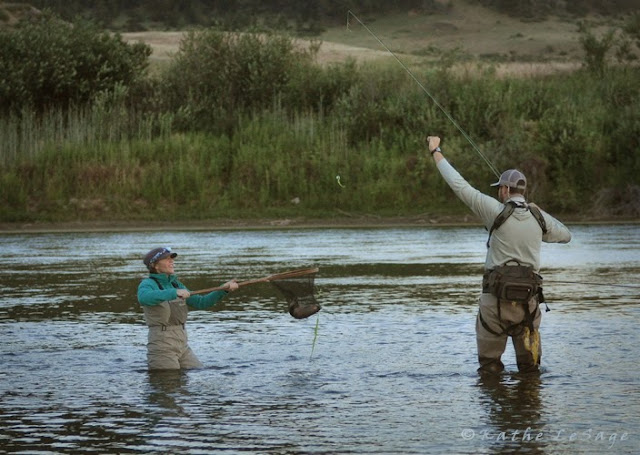 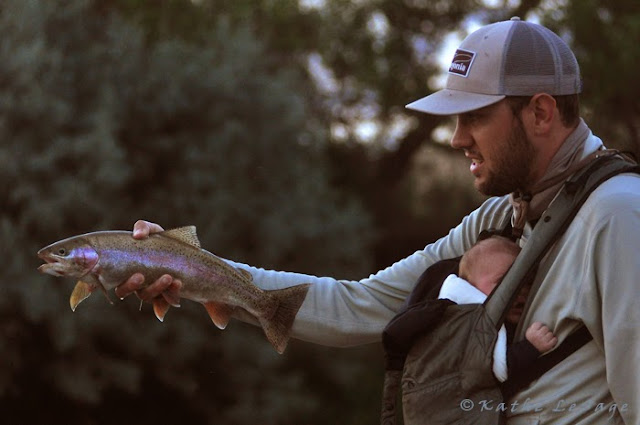 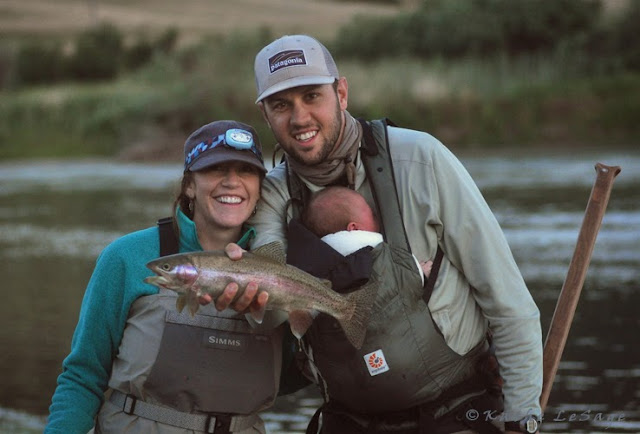 A teacher and baseball coach, Quinn and his wife Mary are also damn good behind the video camera.


Couldnt be happier right now.  And nervous at the same time.  Big C has taught us a lot, but what's 2 munchkins going to be like?

I suspect craziness will ensue, but what I do know is that I now have a full raft for years to come.

Mason Mills joined us a day and a half ago.  My wife was heroic and we had no idea what the sex of the baby was going to be until mantackle was spotted.  Big time booya! 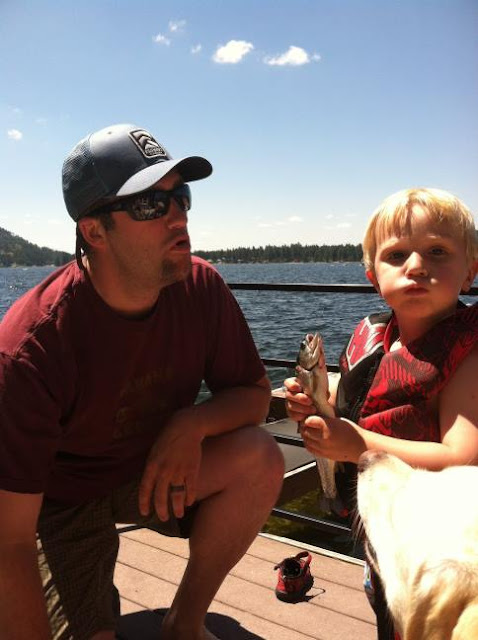 The boy likes his fish, and showcases the fish face to prove it. 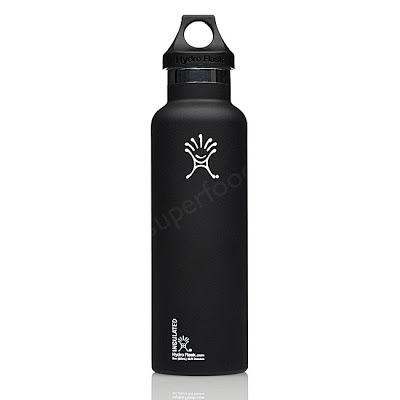 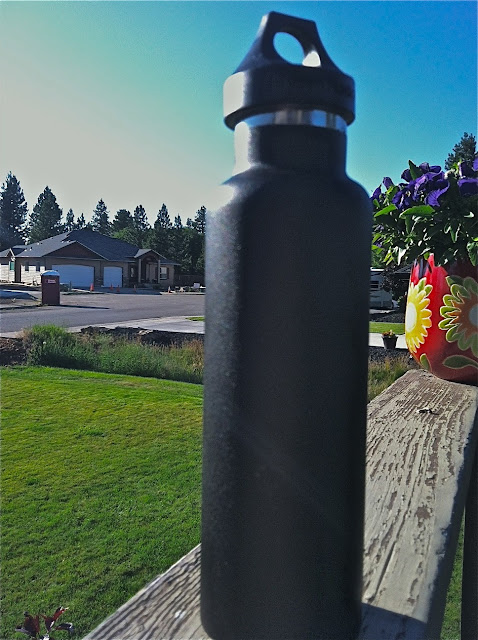 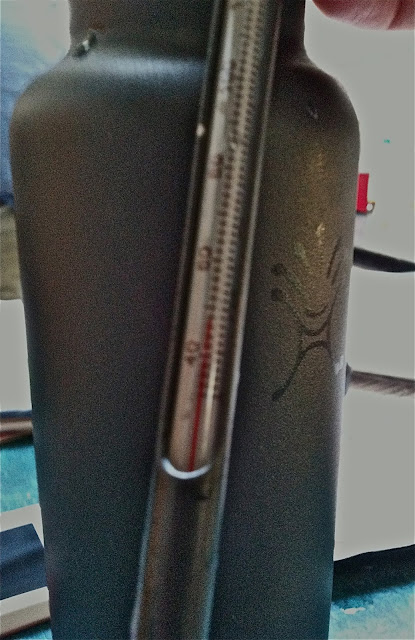 Down on the Banks of the Spokane 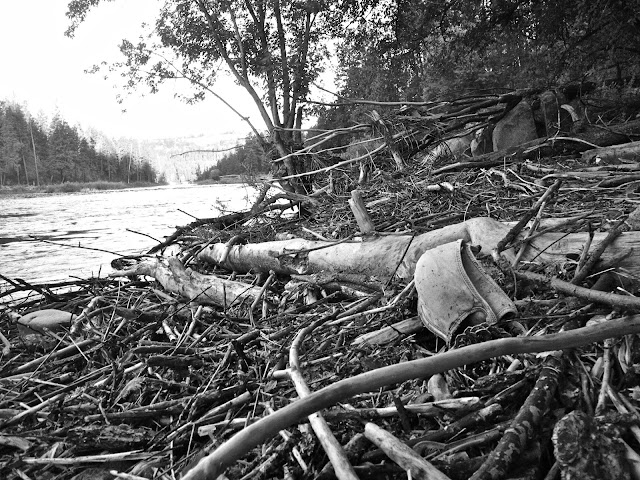 The Spokane River always surprises you.  It's banks are littered with the remnants of the metropolis it flows through and always, always I am ready to go around a bend or to the next run and find a body

Two years ago a friend on a guide trip he was running found a body taco'd around a log.  The only logical thing we could say wasnt about finding the body, it was when we were going back to throw flesh flies after they recovered the body

That aside, the stuff you find is unreal.  Years back I found a stack of death certificates.  Another fisherman found an antique pistol in the water near downtown.  Maybe that's the one that will solve the  timber barron mystery of decades past.  That shit's evidence mang!

You can always find the lone shoe 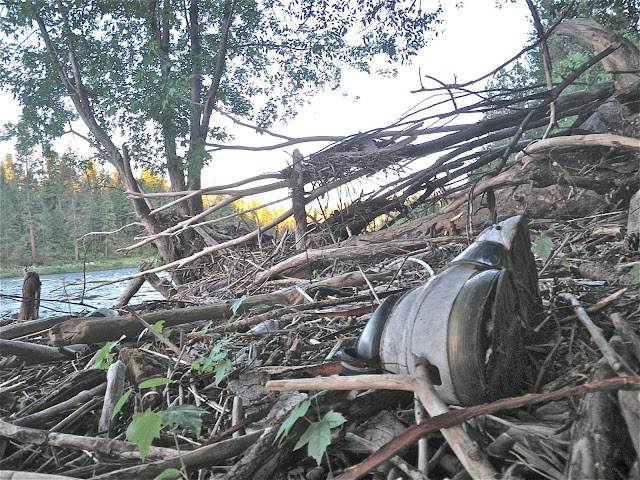 They never come in pairs.  Flip flops are the most prevalent but if your lucky, a basketball shoe.

Beer can after beer can.  Blankets swept high in the trees by the spring floods.  Tampon applicators, 40 oz malt liquor bottles, clothing, random bags of chips, hair spray bottles, golf balls...you name it, construction debris....you name it, it's there

But the amazing thing, the trout dont care.   They still eat, jump and live a wild life amongst the trash of city 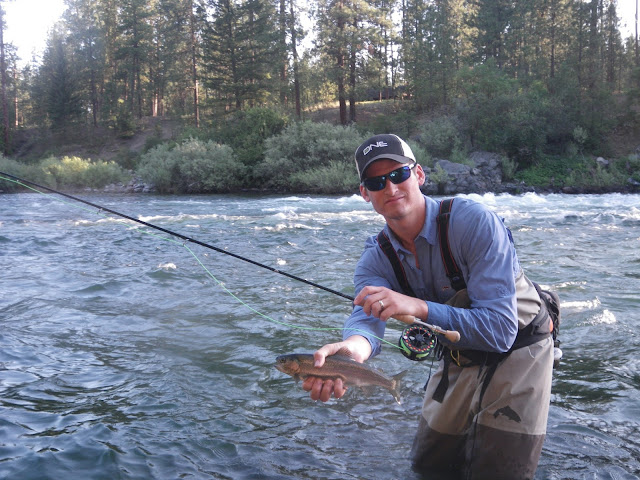