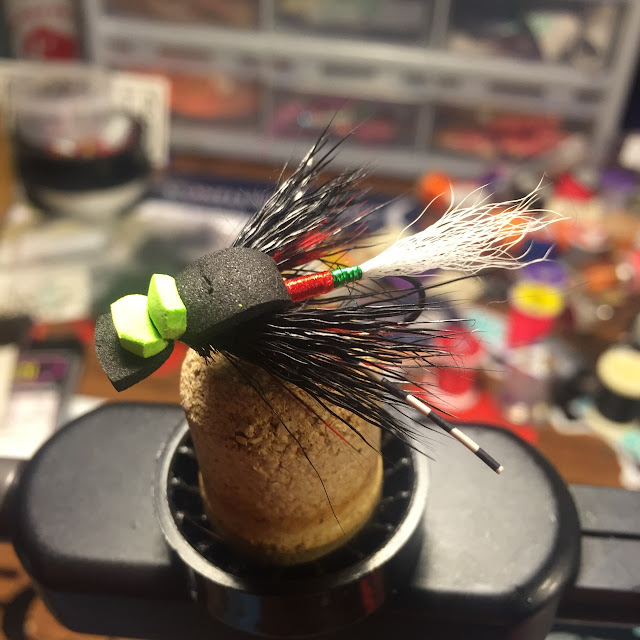 I remember a time I had zero confidence with a skittering, shaking and churning skater.

Now if there's any chance, that's what I am throwing.   There's nothing like a 10 pound fish trying to kill the fly that has entered it's zone

Find me something else in fly fishing that makes your heart literally stop like a skater eat.

For me, it's the top of the mountain. 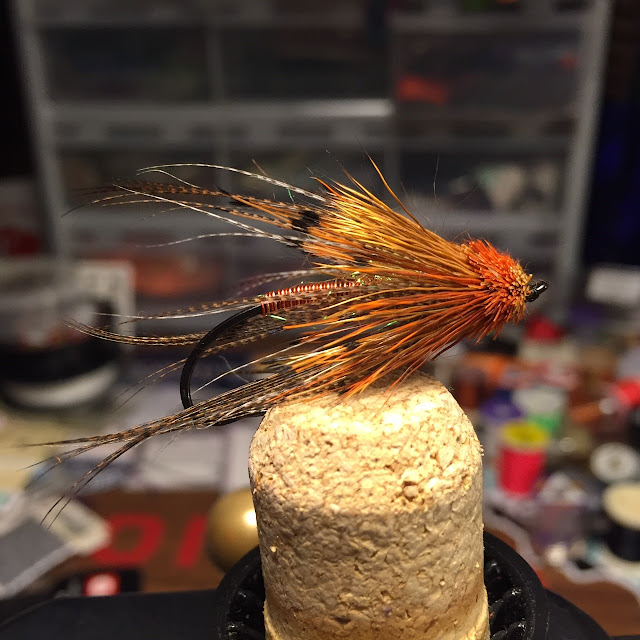 They're one of those bugs that when they come off the vice, they always look like they have the juice

The thing is that I dont have the greatest success on them.  I put them on the end of the line and wonder if I am making the right choice.

So enjoy Monday's muddler offering.  What are you're thoughts on the muddler?
Posted by Millsy at 6:13 AM 1 comment: 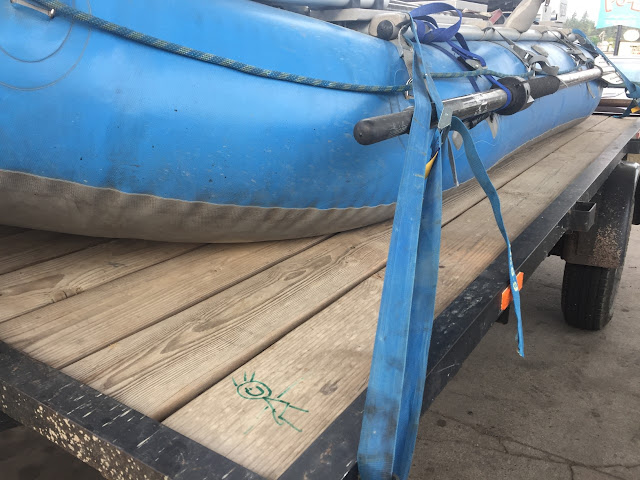 I was in the midst of the semi chaos of the getting ready dance that happens in the we hours of the morning when I noticed it.

A small, subtle drawing from my boys on the raft trailer.

It gave me pause, and brought a ear to ear smile to my face.  They were still fast asleep in their bunk beds but the message was loud and clear.

It was like they were saying "have a great trip dad" without saying a word.
Posted by Millsy at 5:53 AM No comments:

You Own The River 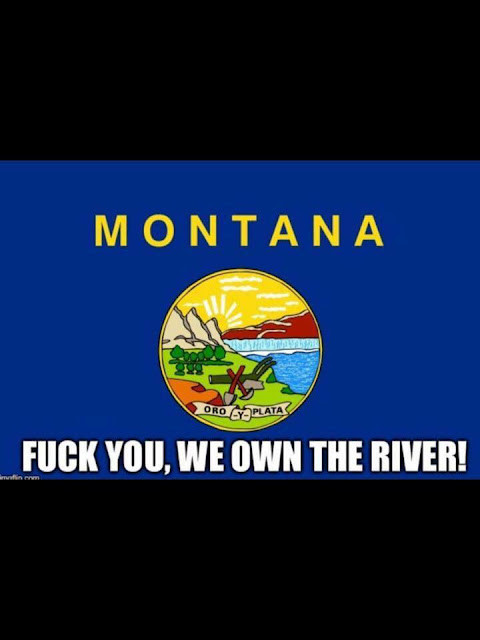 And Oregon, and Washington, and Idaho and every other darn state in the Union.

Last week a gentleman made his presence known at a public scoping meeting for the proposed Tintina mine that will impact the world famous Smith River in Montana.

While not the most pc in delivery the man's message was clear.

The public owns the river

While the mining company made up of a consortium of Australian and Canadian interests wants to put a mine into a super sensitive area, we need to remind ourselves that pubic waterways like the Smith are part of the public trust.

It scares me when companies promise that their mine will be safe, considering that just one mess up will scare the resource into perpituity.  We need mining, but there are places like Bristol Bay and the Smith that if lost, will never be able to be mitigated back into health

I bet that the mining company behind the Mt Polly disaster also promised that nothing would ever happen there.

So back to the guy who threw a world class rant at the meeting.

While the language isnt the best, understand this man's passion.

Back's against the wall, he went to the nuclear option. The best part of the whole deal, the PR person for the mining company posted the video thinking it would cause a bad reaction for the people that are against the mine

It brought more attention to the bad idea of having a mine in this special place.  Thousands shared and commented and whoops, the video was removed from social media.

Thanks to the intrepid folks who are anti mine, the video was saved and reposted

It's your fucking river.

and while you're at it, give some love to the Save Our Smith group dedicated to keeping this mine off the river. 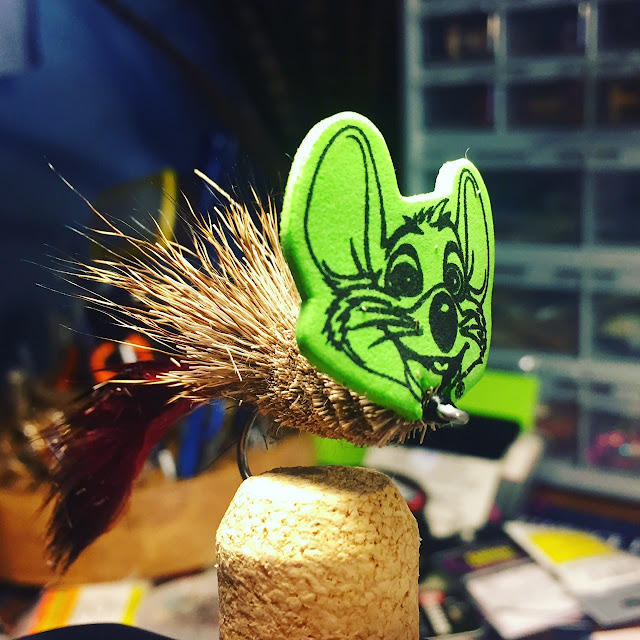 A trip to Chucky Cheese renders a leap in bass fly development.

Posted by Millsy at 6:32 AM No comments: 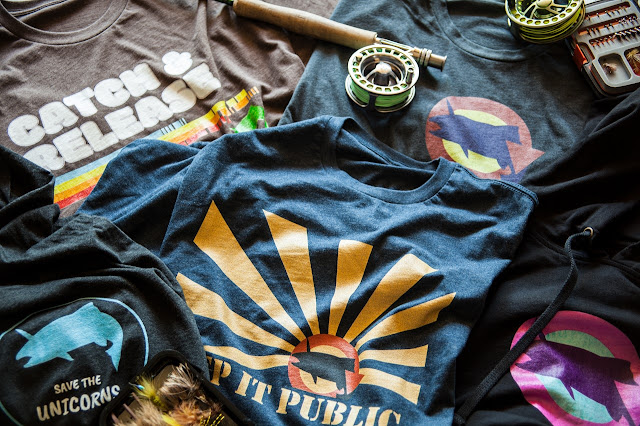 Passion for the sport breads great new products in the fly fishing realm, and that's the story behind hte new apparel line from Full Circle Fishing.

I was fortunate to get to know the husband and wife team of Kali and Chris Pezel when they lived in the Northwest and loved them from the moment we first fished together.  They've had a dream to create an apparel line that matched their love of the outdoors and fly fishing for a long time. and now it's finally come to fruition 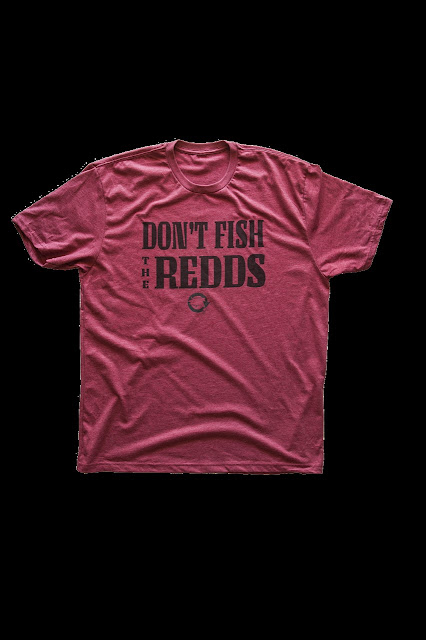 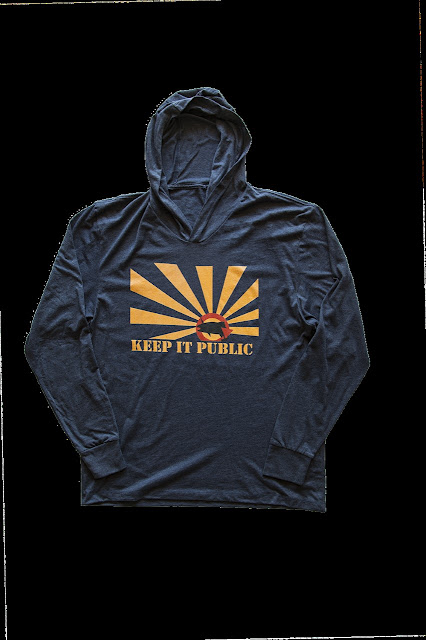 Additionally, Full Circle is donating 5% of each sale to the conservation group or non profit of your choosing.

It's exciting to see someone's dream come to fruition.  Hopefully one of their pieces makes its way into your wardrobe soon.
Posted by Millsy at 8:06 AM No comments: 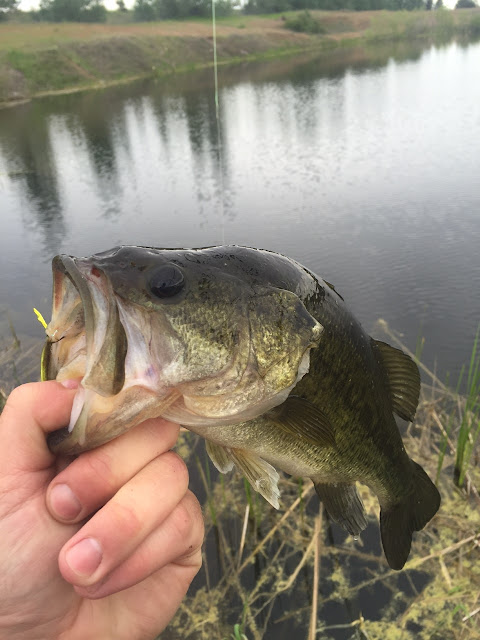 I'd driven by it hundreds of times, and yet it never occurred to me that I should probably fish it.

First casts were rewarded by bluegill after bluegill that made me laugh like a boy again.  There's joy in those super aggressive fish that make you feel like you really know what you are doing.

With all the bait around, I had a feeling there were a few big kids running around that pond, having their way and inflicting terror whenever they pleased.

This bucketmouth confirmed it.  It engulfed their popper and dove for the weeds and if I've ever been sure my leader was going to pop, it was then.

Somehow he came to hand and after a quick picture, back into the swampy abyss that he calls home

I cant wait to tangle again.

Signs of Life on the Skagit 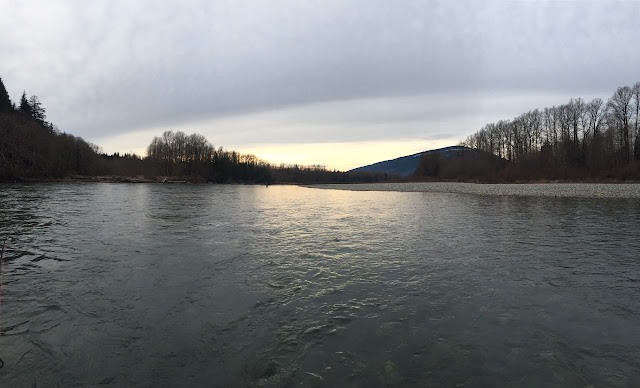 Take the next 20 minutes and check out the beautiful new piece from the great folks at the Fly Fish Journal, Signs of Life

The story, video and pictures really encapsulates the soul of steelhead fly fishing and at the same time, show's some of the hope that the Skagit and it's tributaries have for wild steelhead recovery

Enjoy!
Posted by Millsy at 5:53 AM No comments: