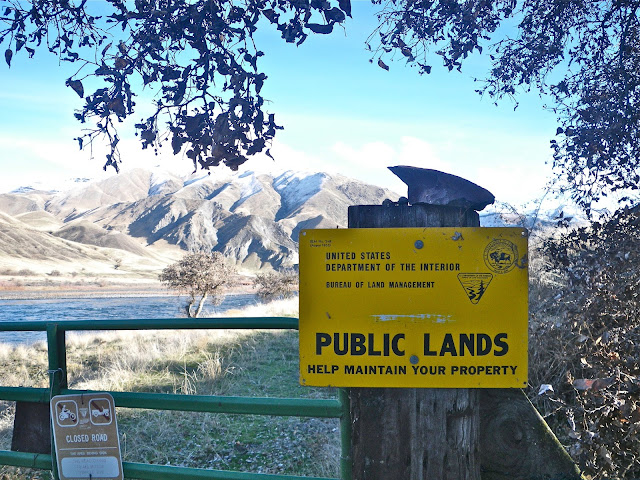 Beyond this sign is one of the most spectacular pieces of public ground in the lower 48. Spectacular fishing, hunting, hiking and camping.  Canyon after canyon and carved by one of the biggest rivers in the west, it is OUR ground.

But the placement of this sign could seem a bit funny.   Where the department of fish and game parking lot is, then to this sign, you have to walk through a very private, locked off community.

Thankfully, the home owners of this area are amicable and don't impede the usage of our lands. Friendly waves with smiles meet us as we walk through to our destination up river.

It could be different.   I am always in fear of one bad experience with a hiker, angler or hunter and those homeowners could make it tough for all user groups.  You already have to hike down a trail to get to the beach, then cross over a fence to access the road you need to be on but a more aggressive fence could steer off the less than intrepid crowd.   Instead of smiles and waves, the proverbial stink eye and mean mugs could dramatically change the mood.

Across this country there are countless examples of public land being shut off to access because they're surrounded by private lands that say no to easement and effectively shut the ground down.

Its a serious issue that is a quagmire of a problem, but there are groups out there dedicated to making sure that we as sportsmen and women have a place in the public commons.

I highly suggest joining both The Theodore Roosevelt Conservation Partnership and Backcountry Hunters and Anglers, groups who's core mission is to preserve our outdoor heritage on public land. Get involved today with this issue.

Beyond steelhead conservation, land use preservation has become of a pillar of what I believe in an fight for.  Without public land, we loose the user experience.  Not all of us have private land access, but we all have our land, the public's land to use and be a steward of.
Posted by Millsy at 6:00 AM 2 comments: 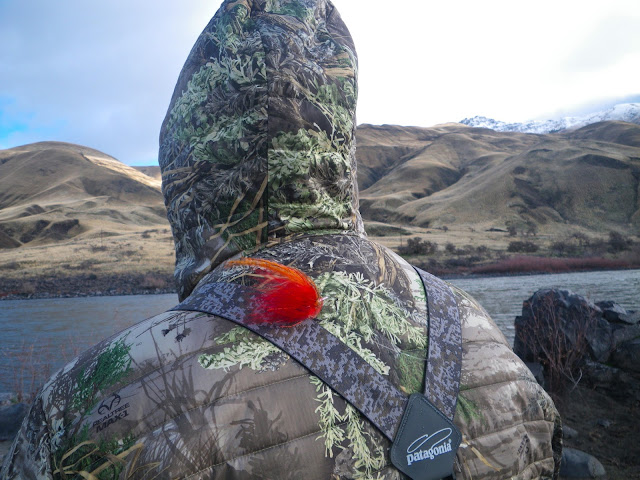 Not my finest cast, not by a long shot.

Otherwise,   you hit the go button and the sink tip and fly smash into the back of your head.

Thank god it didnt have barbell eyes.
Posted by Millsy at 6:32 AM 1 comment: 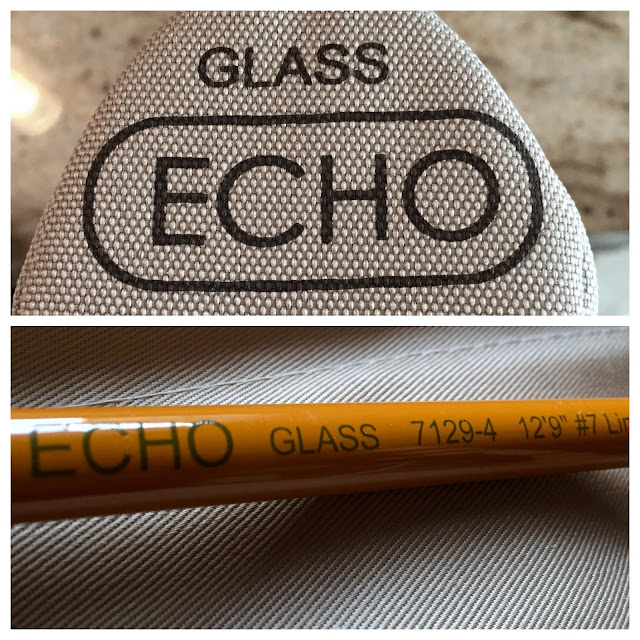 Posted by Millsy at 3:38 PM No comments: 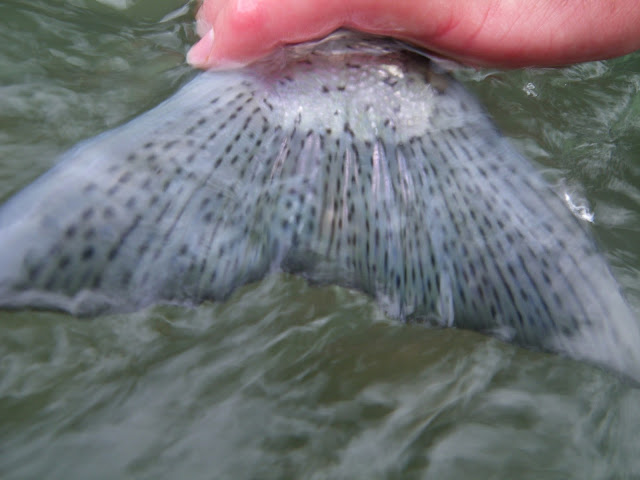 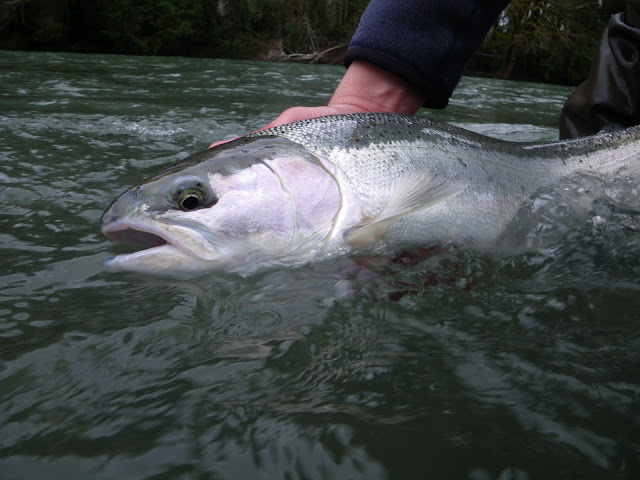 And when you feel like bitching on the internet.  Go ahead, it does nothing to help.  Get involved, now.
Posted by Millsy at 11:24 PM 8 comments:

Soul River Alaska, The Best 10 Min of Your Day

Get involved with Soul River today!
Posted by Millsy at 7:38 PM No comments: 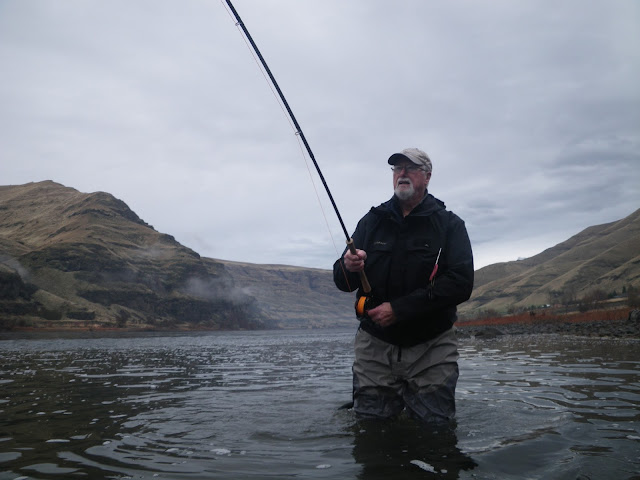 Preparation for the day.  Alarm clanging away.  Up and groggy, 430am.

105 miles through the wheat fields.  Headlights and tail lights through darkness.

Anticipation heightens.  Where to start?  What fly?  Park the truck.

In the Spot.  Bombs away.  Locked In.  Fish Connected.  It happened. 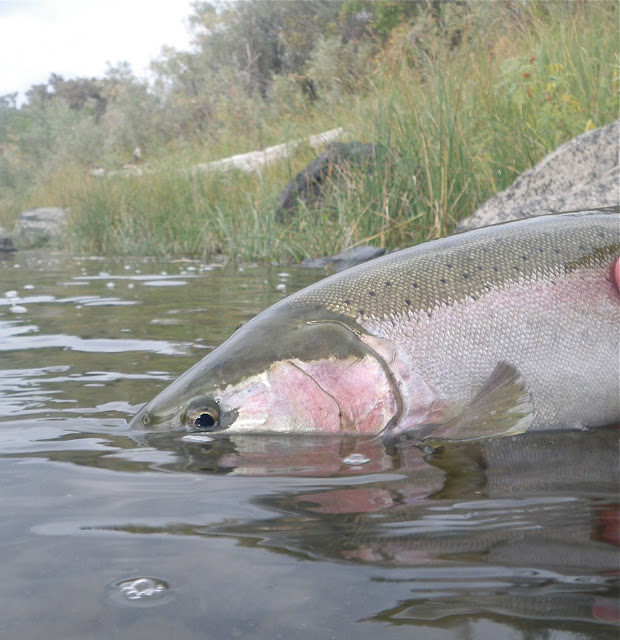 Get up on Instagram, post your favorite fish pic with good, solid fish handling practices
(aka keepemwet) and use the hashtag #wildsteelheadmatter and your in the running

Get more info at either Rep Your Water, The Wild Steelhead Coalition or the Millsfly instagram pages.
Posted by Millsy at 10:29 PM No comments: 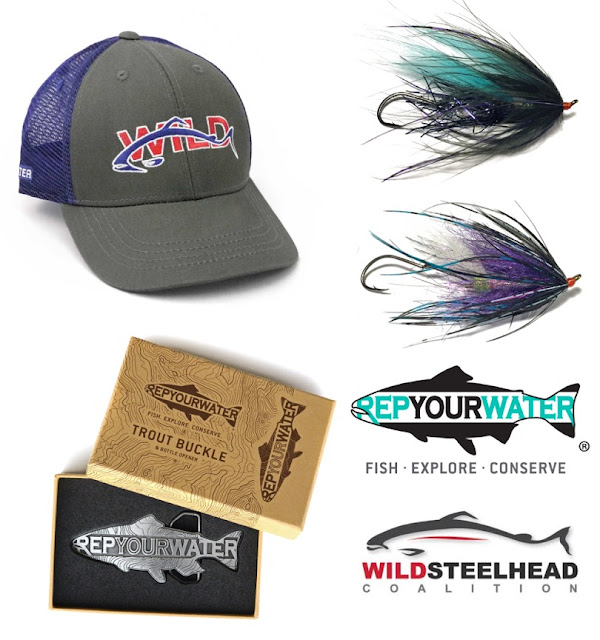 Who wants some sweet schwag?

Head on over to Instagram and get in on this great contest with Rep Your Water, the Wild Steelhead Coalition and yours truly.

Follow both the Wild Steelhead Coalition and Rep Your Water, post your best steelhead/ing picture and use the hashtag #wildsteelheadmatter to get into the running.

Three winners will be chosen by 5pm pacific on Monday the 7th.    Two winners will receive a a couple custom Millsfly Bugs and a Wild Steelhead Coalition Rep Your Water Hat, as seen in the pic above.  The big dog winner will get the same and a RYW belt buckle to boot.

A couple hints.  #keepemwet is highly encouraged, gills in the water.  Any wild fish pics out of the water is an instant loss.   The biggest fish doesnt always win, but capturing a moment is key!

Good luck
Posted by Millsy at 10:38 PM No comments: