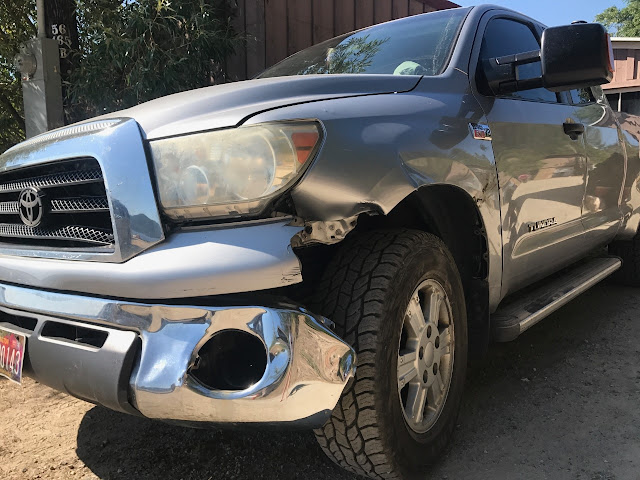 The doe came out of nowhere at 1pm in the afternoon.  Car full of family and dogs.  The impact happened so fast nobody had a second to react.

Family and dog came out unscathed.  Truck was a mess, radiator hissing steam.

The hunter gatherer in me kicked right in. 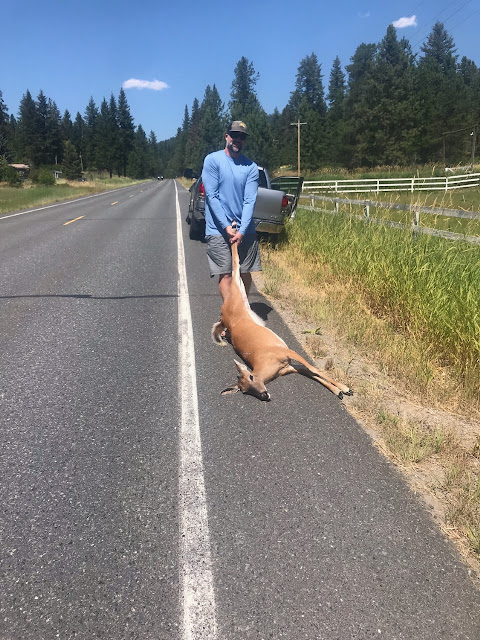 In 2016 the state of Washington developed a program allowing people to recover road kill game and while my truck was crushed, I was going to make lemons into lemonaide 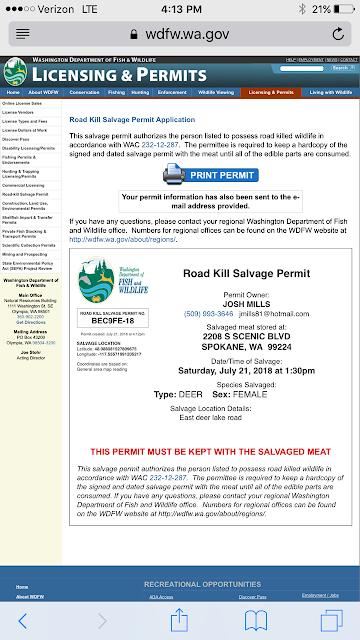 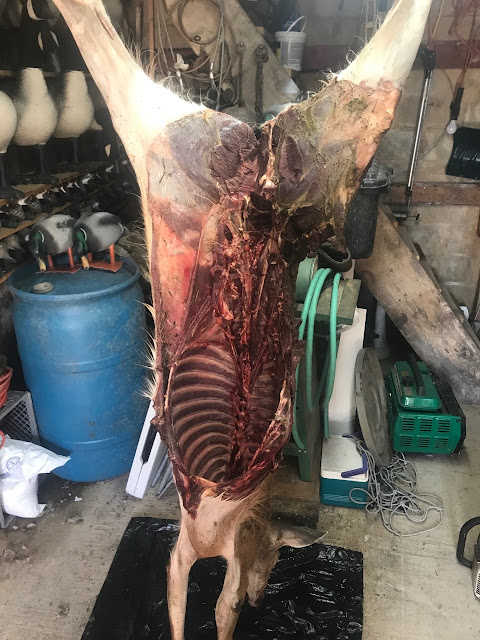 Some loss due to impact, but overall a lot of meals hung there.   Running around and trying to get the meat cool within a respectful amount of time in comparison the the 90 degree day, I was able to thankfully put the meat on ice within an hour and a half. 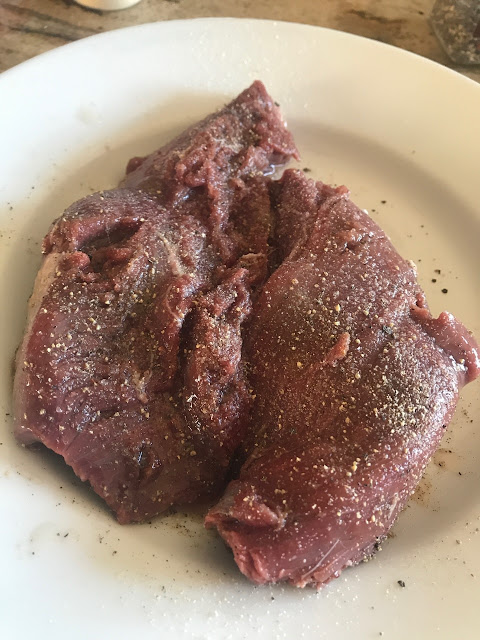 Salt and pepper, dusted with garlic.  Into the Traeger it goes 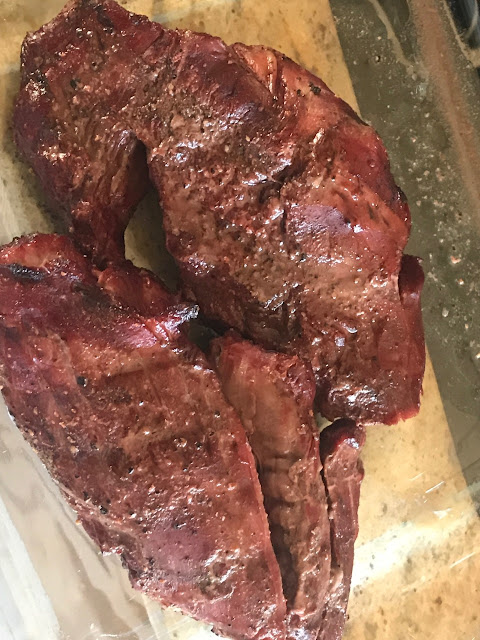 A busted truck, paid for in part with fresh venison....
Posted by Millsy at 6:16 AM 6 comments: 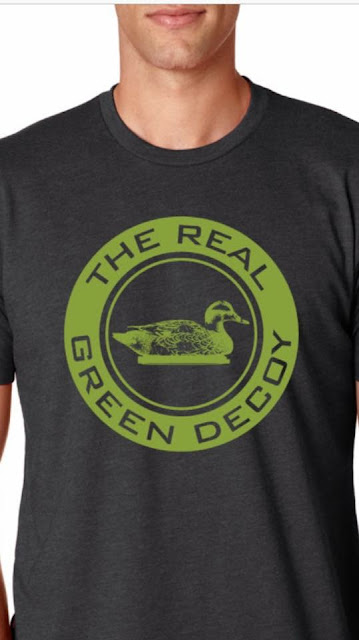 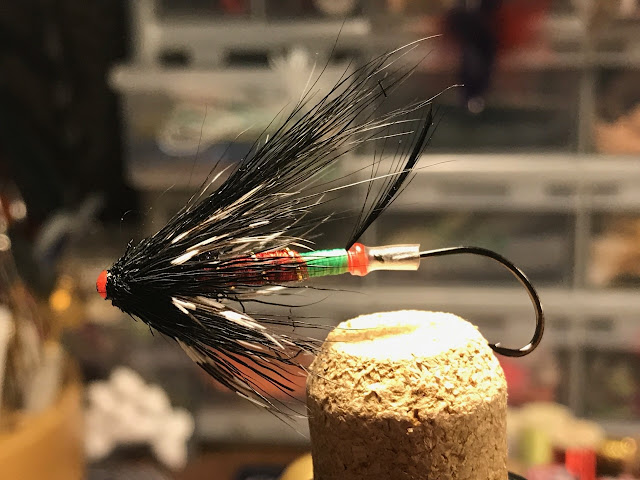 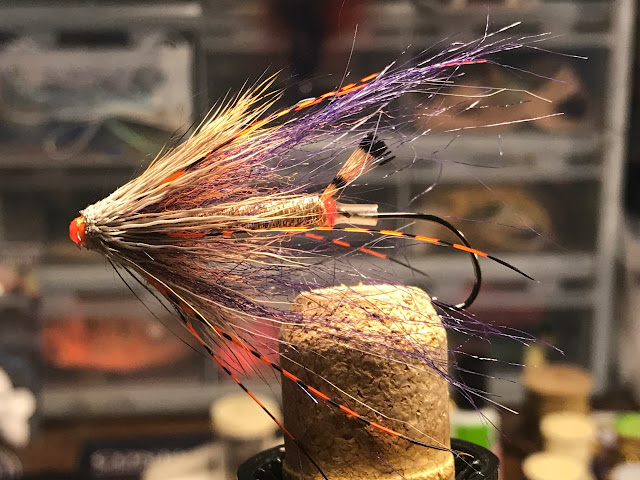 Time to stack up the flies in anticipation 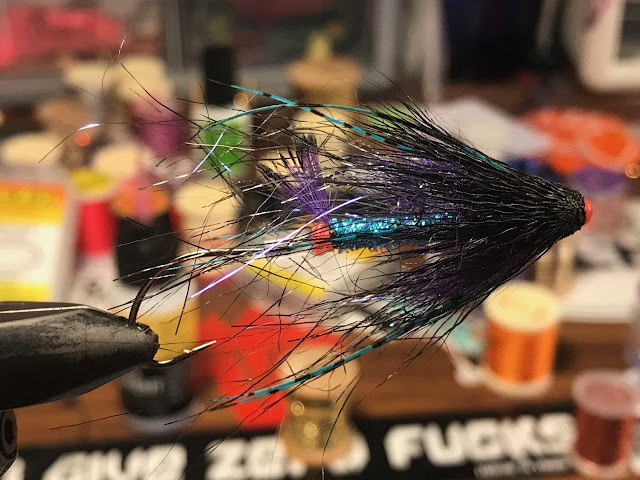 Staring at a pile of materials, it's a joy to have it all come out right 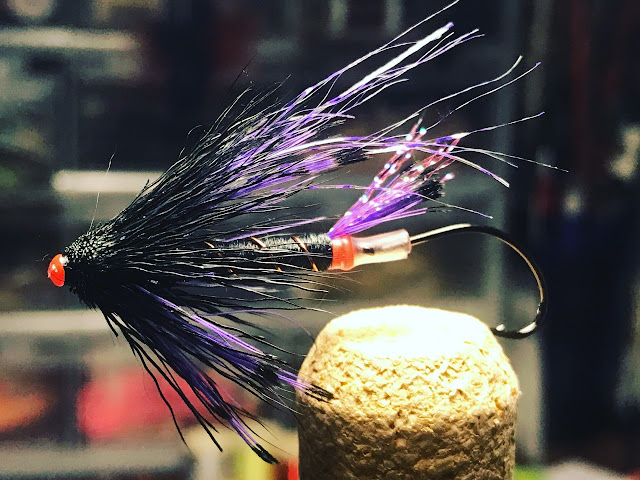 Hopefully, they find paydirt soon.
Posted by Millsy at 5:54 AM 2 comments:

That should make the hair on the neck stand up at attention if you're a person who cares about one of the most basic rights we have as Americans.  Public land.

Totaling over 640 million acres, federal public land is the most important aspect to outdoor recreation in this country.  The ability and right to roam at your personal discretion is a birthright that our forefathers like Roosevelt thought to give us.   Park your car at a trailhead and go.   Float through miles and miles of river corridor whenever you want.

And this jokester, along with the majority of the Utah congressional delegation and other elected officials want to take that away.   Check out his reasoning, it's a fairy tale of gross over exaggerations.

Truth be told, the desire to transfer federal land to state control is a thinly veiled push for turning the land private

It's time to tell Senator Lee to take a hike.   Respectfully hit him up on social media.   The guy's kicked the hornets nest of public land owners and I am sure his poor staffers are a little tired of fielding calls, emails, tweets, facebook and instagram posts

This particular one is my favorite.  Over 3400 replies in 5 days after his announcement

I wonder if he's getting the message.   Maybe he should ask his buddy Congressman Chaffetz what happened the last time he threatened public lands.

Find the hair on the back of your neck still up, get into action

Remind them that our public land generates an estimated $646 billion in economic impact and employs approximately 6.1 million Americans

Lastly, if you live in Utah vote this guys out of office.  Take away their pulpit.

#Keepitpublic.  It's the only way. 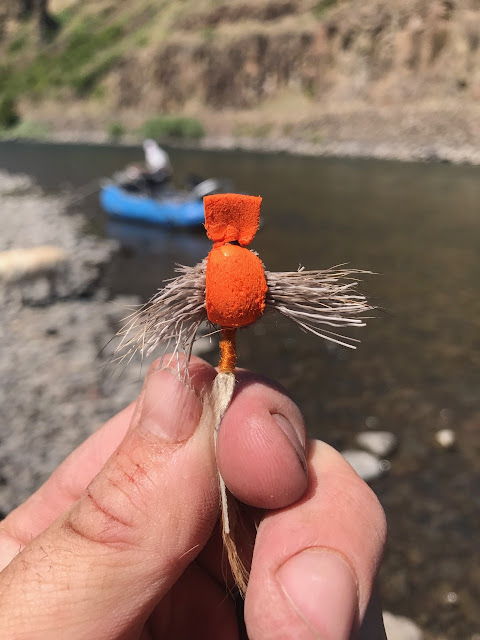 Pound the banks with semi accurate casts.  Look wounded, wobble and chug in the effort to look like a rodent looking for an escape from it's newly acquired water-bound surroundings.

Then get crushed in a eruption of toothy destruction. 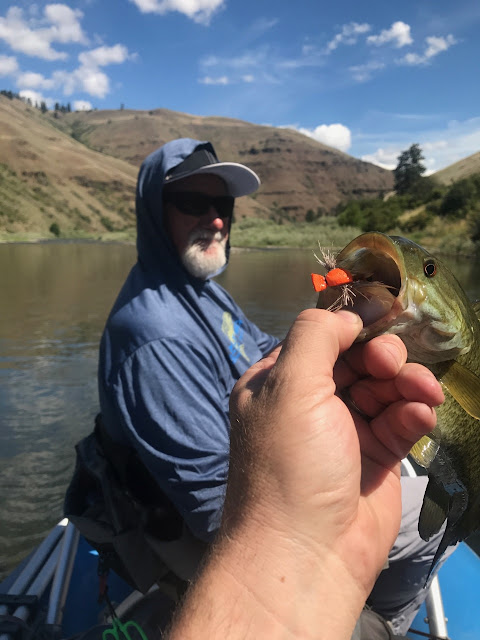 At the end of the day, tooth marks tell the tale.   The little orange mouse did it's job.
Posted by Millsy at 9:44 PM 2 comments: