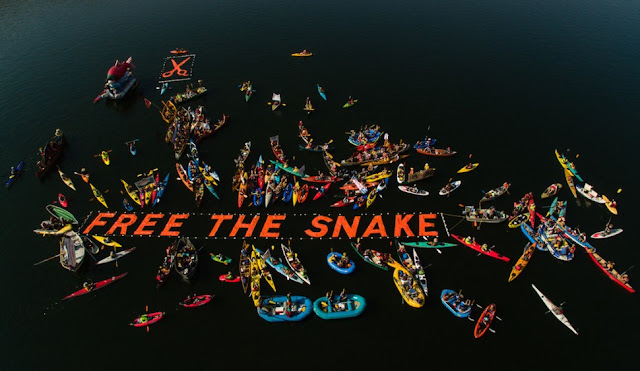 It's flotilla time again on the Snake.

The event is getting bigger and bigger, now kicking off Friday night with speakers, conservation groups, tribes and more all present along with live music.

Please join us as we continue to make a bigger and louder statement that the 4 deadbeat dams on the lower Snake river have outlived their usefulness.

Momentum is continuing to build on this event and the possibility of a free flowing Snake River.

Here's more information about the Flotilla via the FB event page

See you there!
Posted by Millsy at 6:23 AM No comments:

Fishing in a Dream 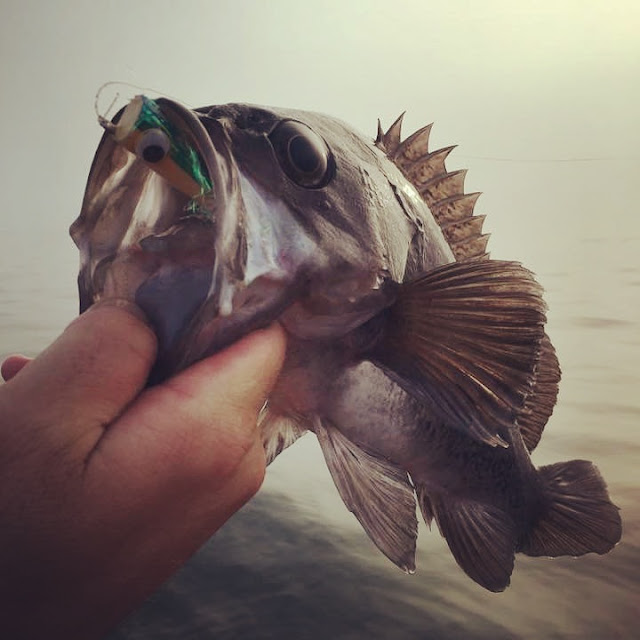 
We were laughing like 10 year boys on a playground.  The fishing was so good it didn't seem real.

Sneaking away from a family vacation to go on a guided fishing trip can be a precarious proposition, and I doubled down by letting the rest of the 10 people on the vacation on the Oregon Coast that I'd likely be coming back with dinner.

Time to do work.

For the longest time I've wanted to experience the unique dory boat fishery out of Pacific City, Oregon.   It's a wild experience launching from the beach, through the surf and out to the fishing grounds. 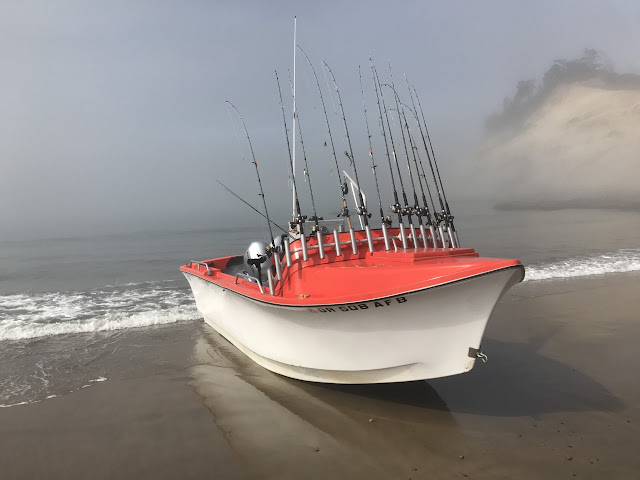 It took about 5 minutes of driving through the thick marine layer to the appointed place that Grant had dialed in.  The first couple casts with conventional gear were met with a resounding yes, the fish were present.

We brought our fly rods as a complete maybe.  Ocean Rockbass are targeted via fly presentations effectively, but we were not going to be bound by technique to make sure we had a good time

Then we saw it.  Fish after fish finning on the surface.   Boils all around the boat.

Time to bring out the 8wts.

The best way to describe the next hour or so was like being a bird dog on point.  The action was frenetic as each cast was met with a hook up.  Miss the fish?  No worries  just keep stripping because it was going to get blasted again.

With limits filled immediately, we began a epic (hate using that word but it's the only on that applies) catch and release session that set the bar in my mind for when a plan comes together perfectly

I dove into my fly box and found a popper that I had bought for jacks and snook in Belize and the Rock Bass crushed it time after time.  A twitch twitch to a long pause had the fish rocketing up and blasting it off the surface.

Here we were in 60-80 feet of water, in the ocean, having the best top water action I had over seen.

The fog wrapped around us all morning and a more dreamlike state I cannot describe.  Big, strong and healthy Rock Bass smashing your every cast.  It was unreal, and if I could have frozen time, I would have.

And to add a dollop of whipped cream on top of the day, we pulled up to Grant's crab pots that were absolutely stuffed with Dungeness crab. 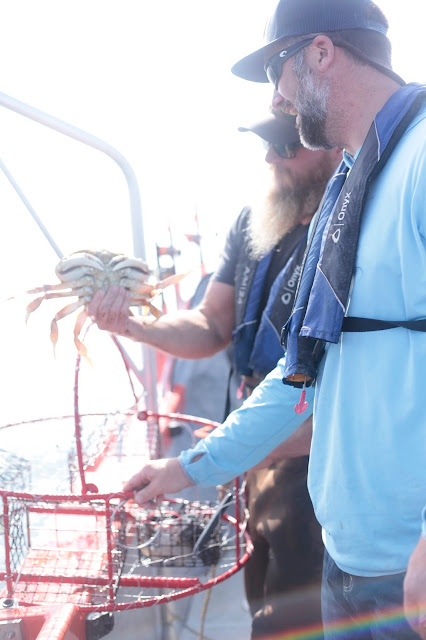 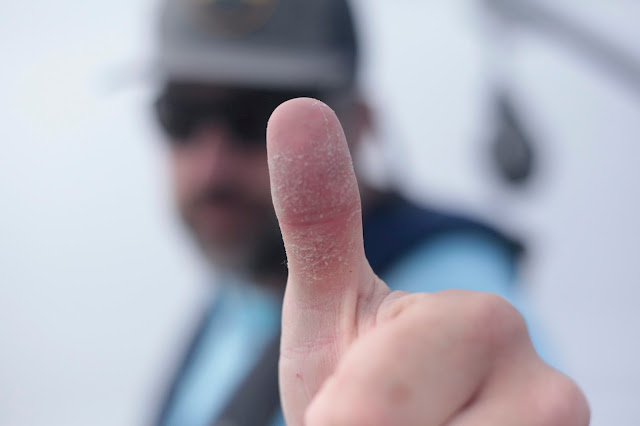 We drove away from Pacific City with coolers full of crab and rock bass limits, a wicked case of bass thumb and the resolve that this wont be the last time we have our hand at this fishery.

Grant's dory program is safe, affordable, family and kid friendly.  I highly suggest spending a day with Grant if you can.  It's well worth your time!

Additionally he guides for winter steelhead in the local rivers, fall Chinook and coho to go along with the dory trips in the ocean

Hook up with Grant via his FB PAGE or his WEBSITE.

Posted by Millsy at 8:38 AM No comments:

I choose to support companies like Patagonia who draw clear lines in the sand.

Keep Public Lands in PUBLIC HANDS
Posted by Millsy at 10:12 AM No comments:

No Kill for Idaho... 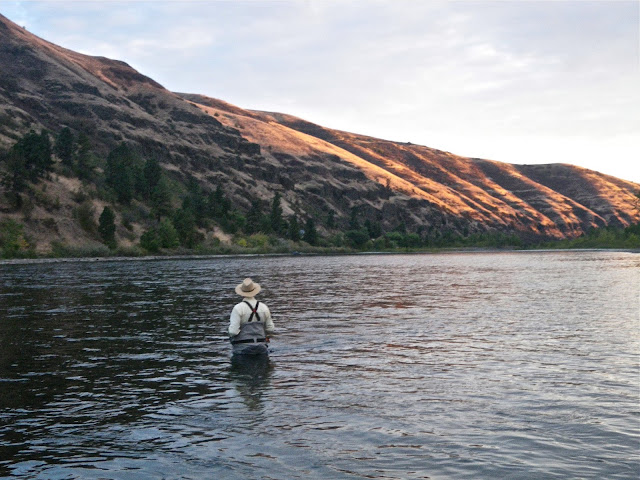 And the hits keep on coming.

Idaho Fish and Wildlife commissioners voted yesterday to eliminate the catch and kill element to the 2017 fall and winter steelhead season.  Ladies and gentlemen, this run of fish we are in is HISTORICALLY bad, with current counts sitting in the 10% of the 10 year average at best.

The move to eliminate bag limits is the low hanging fruit of changes that were on the table.  The forecast is so low that many thought that and continue to think that a system wide closure is warranted.

Fishing the Clearwater as early as mid July through the end of September has always been a staple of the yearly activities when it comes to our steelhead season.  As I've watched the continued shittiness of the dam counts, I'm left with this continued feeling of a deflated balloon.

The crippling effects of the 2015 and 2016 low water years for smolt outmigration and the North Pacific Blob have come home to roost.  How long it's going to take for the fish to recover from these haymakers is unknown, but thankfully we had much better outmigration conditions this spring and early summer.  Additionally the hot water patch that destroyed the food chain in their feeding grounds is gone so with better conditions, hopefully the rebound is quick

Which brings me back to this year, and the questions it continually brings to my mind

Why didnt the IDFW commissioners put tackle restrictions in effect? AKA, get rid of bait which has a much deeper impact on fish mortality.

With fall Chinook opening on the Clearwater soon for retention, dont they think there's going to be a heavy impact on the steelhead stock?

What is Washington Fish and Game managers going to do to be proactive with these fish?

What morally is right for me?

Big questions to a crap situation.  Welcome to the 2017 steelhead season on the Columbia and Snake tributaries....it's fantastic.
Posted by Millsy at 6:40 AM No comments: 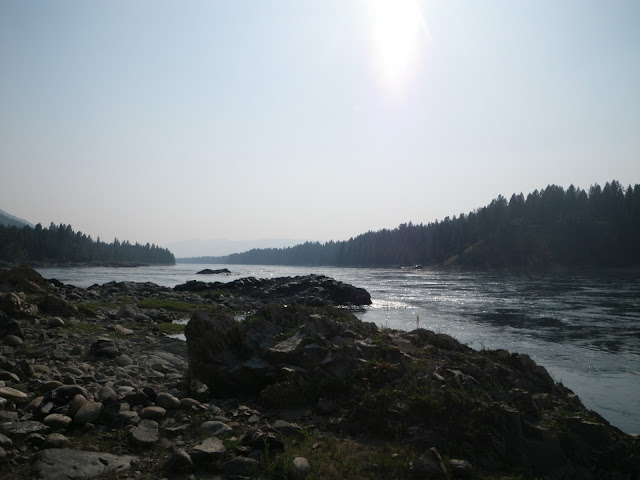 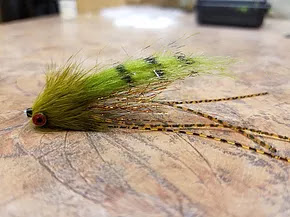 Run to your vices boys and girls, and gets to cranking

Swing The Fly Magazine is hosting a new fly tying contest centered around bugs you swing for trout.

It can be a small soft hackle, a big arse streamer, tube or intruder.  Whatever you love to entice trout with a down and across swing is eligible.  Contest goes through August 25th and you can submit up to 2 flies for consideration

There's some great gear up for grabs for the winning bug.  First place takes home a Redington Hydrogen Trout Spey, a sweet little stick if I do say so myself.

Check out more about the contest from STF Magazine.  Happy wrapping!
Posted by Millsy at 6:06 AM No comments: 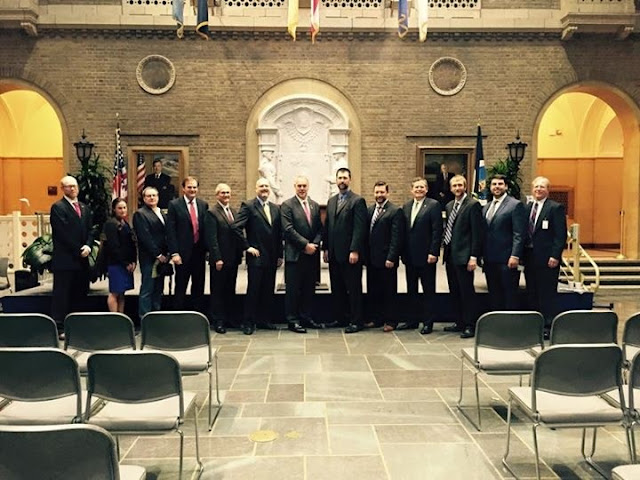