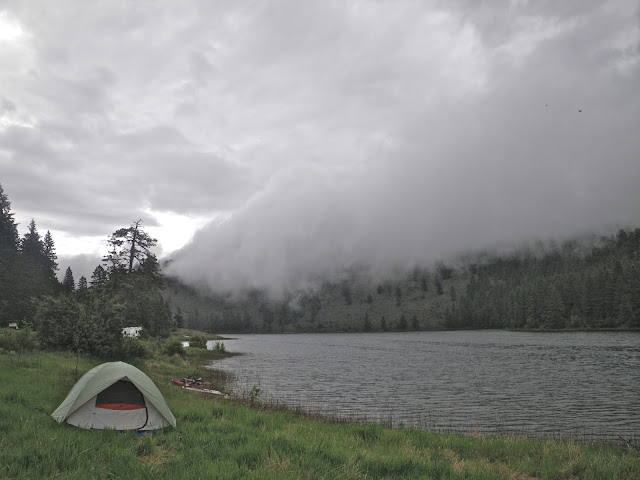 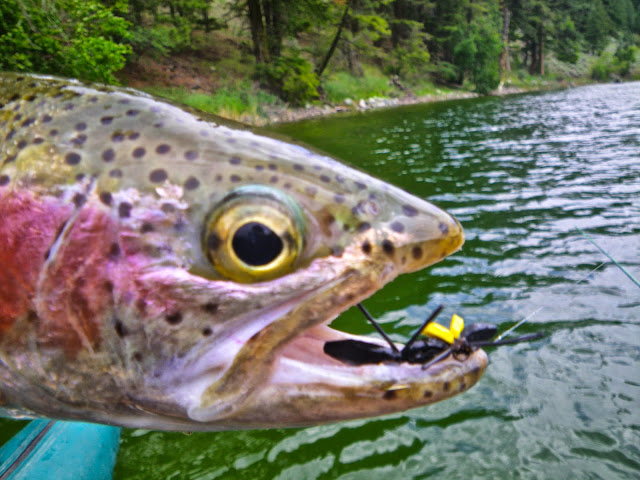 If you would have told me before my trip, I would have said you're nuts.

"They're eating ants"  The guy with a South African accent said to me as we passed him on our way to the next spot down the lake to throw chronomids.

Huh?  Ants?  Like a small cinnamon ant or something?

Now I've fished this lake for at least 10 years, at least 3 days in each trip, so lets say I've sat in my pontoon boat for 30+ days and not once had I heard or read about for that matter that these fish key in on ants.   The lakes food chain has always been a smorgasbord of midges, damsels, scuds, dragonflies and the star of the show, callibaetis.

Now this dude is telling me ants.  He's either crazy or very smart.

First cast with the ant and the fish sipped it down like it was a mayfly spinner.  I got so excited I went all Bill Dance, set too hard and broke the fish off.  At that point I was out of the secret sauce but my fishing partner was putting the hammer down.

That night at camp we scoured our fly boxes to find reasonable copies and when the time was right the next day, many a fish was surprised to find our bugs bit back.

When you think you have it all figured out on a piece of water, I can assure you, you dont.    Be on on the lookout for guys with South African accents and take their tips to heart.  Maybe that dude has the missing piece of the puzzle.
Posted by Millsy at 6:41 AM No comments: 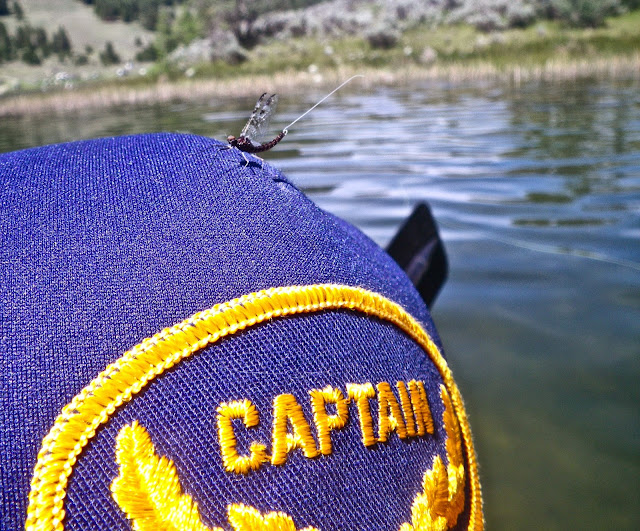 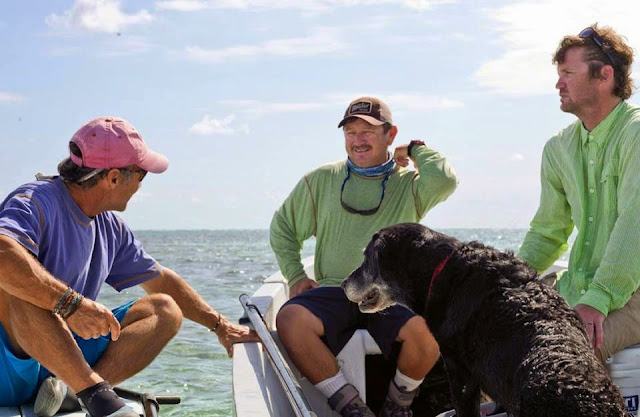 For anyone who has been to the Fly Fishing Film Tour over the past couple years, one of the highlights has been, at least for me, are the films from RA Beattie featuring Sandflea.

Passion for life and his fishery is infectious.  Without meeting him, I have felt connected as part of the fly fishing brother and sisterhood.  I hope to someday sit in the front of his panga and listen to his orders as cruising fish come close.

Well, the call for help has come out to help Alejandro Vega Cruz as he needs another heart operation in the states.  Friends have started a Go Fund Me account to help pay for the substantial amount of cheddar needed for his surgery.

It's time to drop a few coins in the coffers ladies and gentlemen.  Read more about the cause by clicking HERE and if you can, donate to Sandflea's account HERE.

It's my bet he'd never ask for anything.  It's his friends who are doing this.

If your a fisherman or woman, we can always use the good karma.

Make it happen.
Posted by Millsy at 10:51 PM No comments:

The Internet Is Messing With Me... 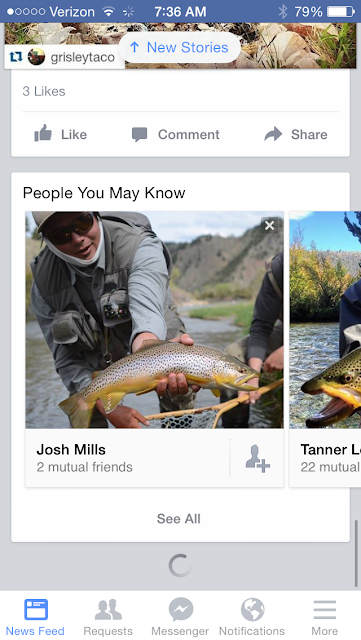 The world is huge, massive, big.  What are we up to, 7 billion on our rock in space?

My name isnt different, it's pretty damn common.  Still when I opened up FB the other day, I felt like the internet was trying to blow up my mind.

At first, I thought that social media was trying to get me to like myself.   Are they trying to boost my confidence.

Next, did someone take my identity?

Nope, just further proof that while big, the world is small.  The fly fishing community is even smaller and apparently my name doppleganger also fly fishes and holy hell, we have 2 mutual friends.

So You're Saying There's A Chance? 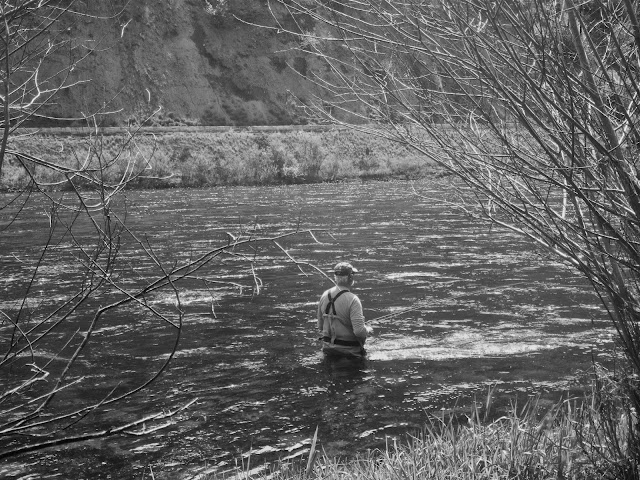 Not an easy set up to repeatedly launch into the river.  But alas, it was fun.

Spring Salmon on the swing. Yeah right, might as well go ask a supermodel on a date

Aint that the point?
Posted by Millsy at 10:41 PM No comments:

Alabama Chrome and a Pop Can 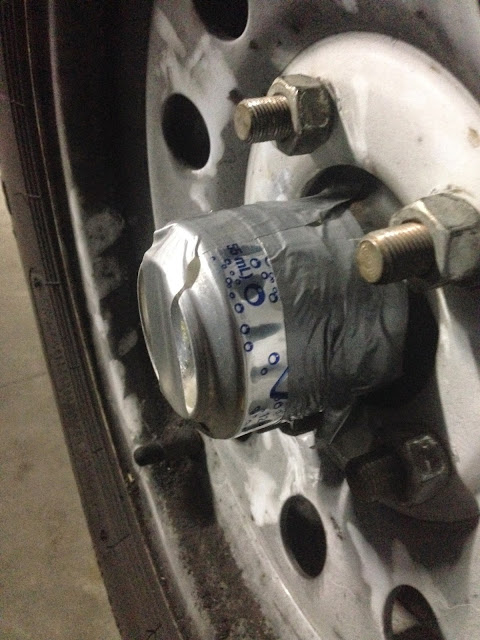 We hadn't used the raft in a couple months and something had me saying, "hmm, I wonder if we should repack the bearings"

Thank god we did

The guys at the local tire shop said they'd give it the college try and see what they could do to save the unit.  I was resigned to the fact that after all the trips to steelheadland, BC, North Idaho, here and there had finally caught up with us and I was going to have to cough up a 5 or so Benjamin's

An ounce of prevention is worth a pound of cure.  Swear word, swear word again.

To my surprise, they salvaged it and for a small fee they repacked the bearings and we're good to go.

The only thing was the axel ground out the area where the bearing cap clicks into.

A quick tip from a trailer shop in town and we were off.  Who knew a pop can cut in half saddled up with some Alabama chrome is the perfect stand in for a bearing cap?

We were going fishing, and necessity is the mother of invention, right?

What other fishing hacks have you discovered, share them here.
Posted by Millsy at 6:56 AM No comments: 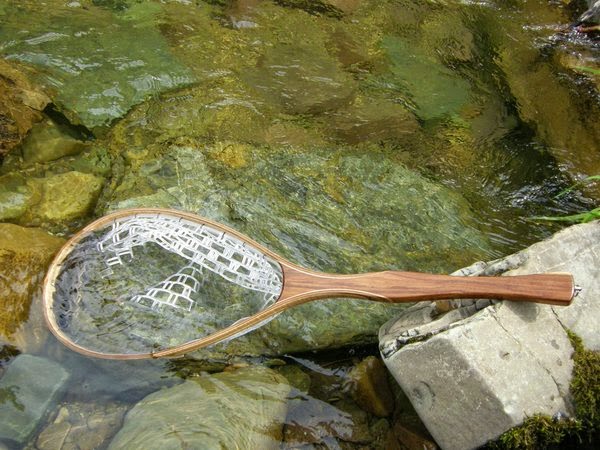 A good net is worth it's weight in gold, and they certainly dont have to be ugly either.

With the raise in popularity of the Keep Em Wet campaign, a good net is also going to cause less damage to the fish....which we all can agree is a good thing if we're to follow the ethic that a wild fish is too valuable to catch just once

Enter Bitterroot Nets.  Hand crafted one at a time in Spokane,  and they're as custom as you want them to be. 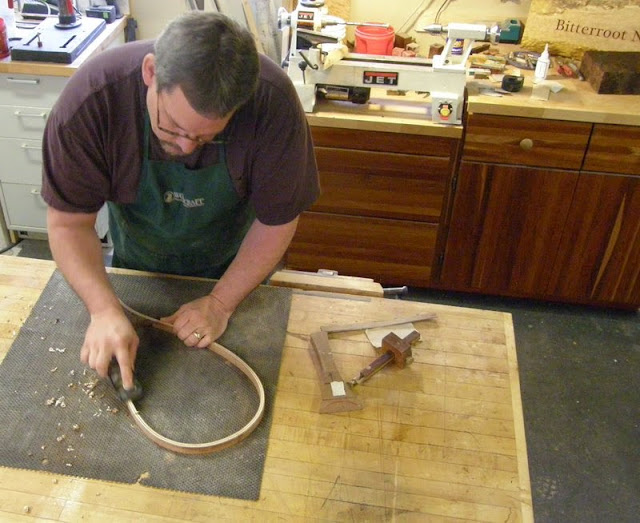 Denny put together a drift boat/ lake net that I use extensively in our raft and in my pontoon boat when fishing lakes.  For me it really shines in the pontoon because there's nothing worse than having to try and land a fish while sitting in a pontoon with a tiny net.  That dance is horrible, and the length of the lake net pictured above is awesome. 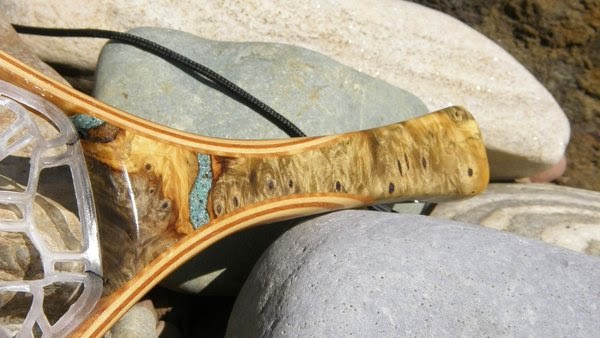 The inlay and different types of wood and burl they use are stunning.  Have a project in mind, contact them and they'll design a net as close to your idea as they can.

You can buy a $15 net anywhere, but these are functional works of art.

Get more info by visiting Bitterroot's web site HERE
Posted by Millsy at 6:06 AM 1 comment:


I'm continually impressed by this group.  Real tangible impact a world away from their home, yet the ripple effect of what they're doing will last generations

Get involved with the Fly Fishing Collaborative today.  You wont regret it.
Posted by Millsy at 10:37 PM No comments: 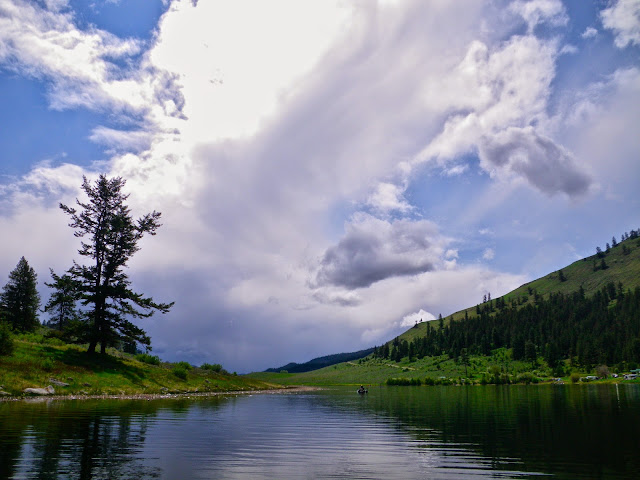 The arc of a year's events aren't set by the calendar.

No, not in my world.

It's the trip to Chopaka in late May where friends come from around the Northwest to catch silly amounts of fish on dry flies.

It's the summer smallmouth trip that may or may not include the first opportunity to swing a fly for the first push of summer steelhead.

So on and so forth, the year turns over and we're back at square one.

Birthday's, anniversaries, Christmas, Easter, first time you have to cut the grass and the joy of putting the lawn mower away for the year.

Sure, those things happen.  But for the outdoors obsessed, it's the upcoming annual trips that keep the year chugging along.
Posted by Millsy at 6:54 AM 1 comment:

Tell NOAA To Get It Right... 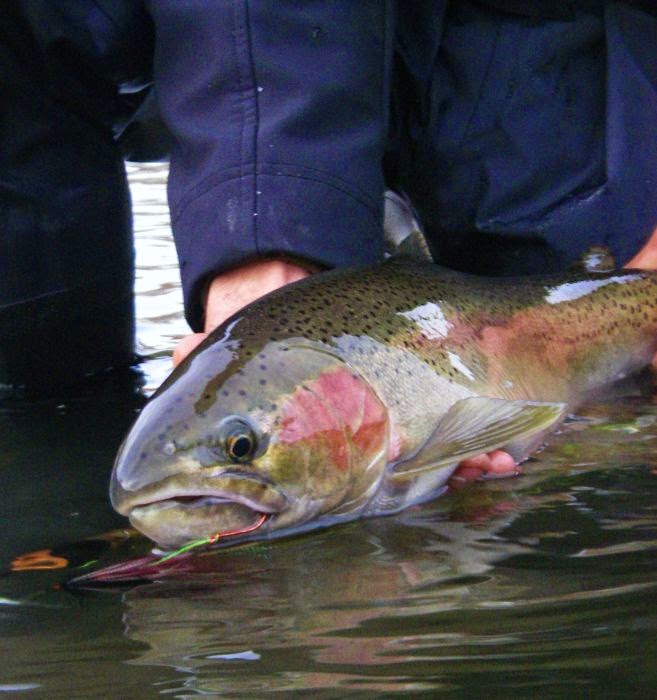 So a lot of the hubabalou regarding steelhead conservation in the past year or so over has been in the conflict of NOAA and WDFW not getting their federally mandated shit together.

Now NOAA is taking the low road in not putting a fully completed Biological Opinion together in lieu of a Cursory Environmental Review of hatchery programs and their impact on native fish populations in the Puget Sound.

It's a colossal junk show option akin to poking your head in the door and saying, "yep, looks good to me" instead of going in the door and looking in all the rooms of the house.

We have to get it right.

Read more about why this shift in strategy is not good by clicking HERE  and after you're done with that, tell NOAA directly via email why you support sound science by clicking HERE.

Get er done ladies and gents, comments and emails are due by May 4th.
Posted by Millsy at 9:24 PM No comments: