A Diamond From England... 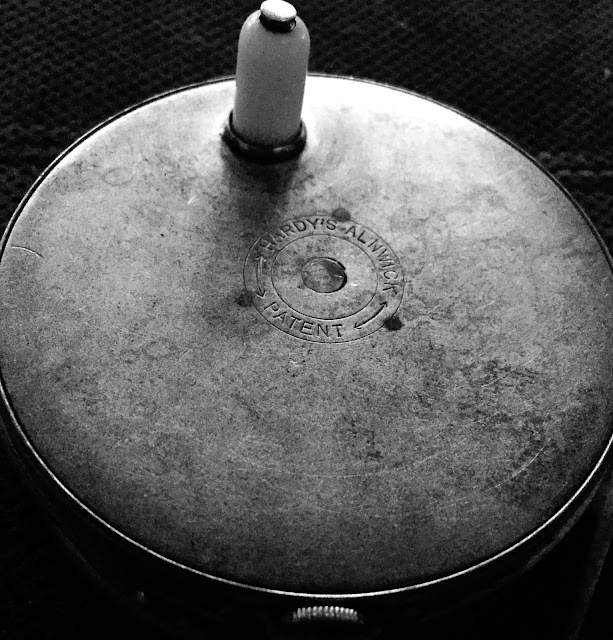 Welcome to the collection my dear.

Back when this reel was made, Woodrow Wilson was President.

The Titanic was leaving Southampton

New Mexico and Arizona were admitted to the Union

Alfred Broadley made this piece of art  for the House of Hardy in 1912 and in 2016, we're going to show it a steelhead or two
Posted by Millsy at 8:24 PM No comments:


So soulful.  Just be a fucking man.
Posted by Millsy at 8:41 PM No comments:

The Imperiled Cutthroat By Greg French 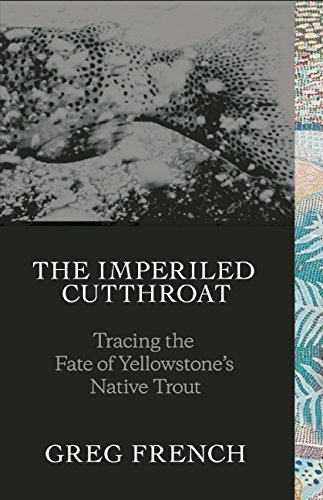 If there is a fish that represents the west, it's the Cutthroat.

It's the fish that really hooked me into fly fishing, and I am sure the story is the same for countless other anglers.  They seduce you with fairly easy success and are never hard on the eye

A decade ago I was fortunate to read French's book Frog Call back in 2002 and was excited to read the book through the lens of a author who aside of being a wonderful fly fishing writer, but a person who hasn't lived in the west and constantly entrenched preconceived notions and opinions.

He and his wife Francis, with diligent planning and research, spent weeks in and around the park and it's river tributaries getting inside the issues that the fish and the fish managers are dealing with.

It's not an easy time to be a cutty in the west, especially in the Yellowstone region which is famed for it's different varieties of native cutthroat.

The Yellowstone Basin and outlying streams, rivers and creeks are at a bit of a crossroads with concerns to the fish that represent the region.  The issues are long and numerable......

It's extremely interesting to learn about the reasons why one species of cutthroat exists in one basin or the other, or why some spawning tributaries are crashing and others are maintaining.  To say the issue of their recovery is complex is too simple of a word

Aside of these items, what our role in deciding what the future holds for these emblematic fish? Choosing one over the other, making decisions to return ecosystems to as close to pre-human involvement are just some of the questions French poses to the reader.

As he and his wife fish through the park, the historical context and stories woven into this book are a must read.   There's never just a linear answer to why, but a serendipitous route of historical perspective that makes this book a page turner.    Are we going to make the mistakes of the past in fish science and recovery, or is there a new way to go?  Boiling it down, can we learn from our mistakes and get it right?

I learned a lot, and I hope to continue to learn more about what's going on with the Imperiled Cutthroat

Get more information on this book via Patagonia HERE.  I highly suggest adding this book to your library.
Posted by Millsy at 9:09 PM No comments: 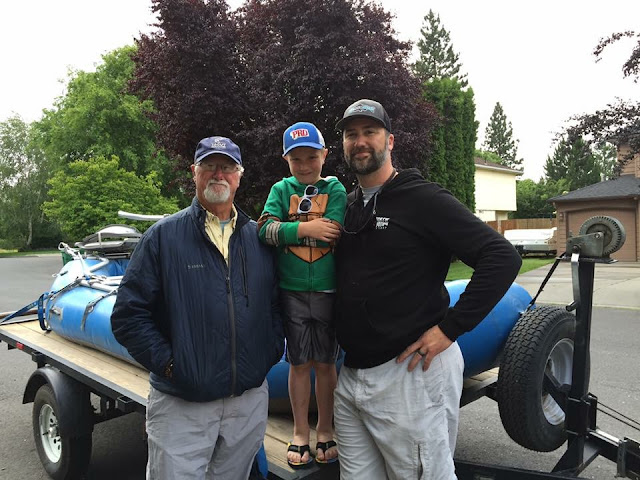 The idea of 3 generations of Mills boys riding down a river in our raft had been in my head since our Big C had entered the world.

Finally it happened last week after waiting for over 5 years. 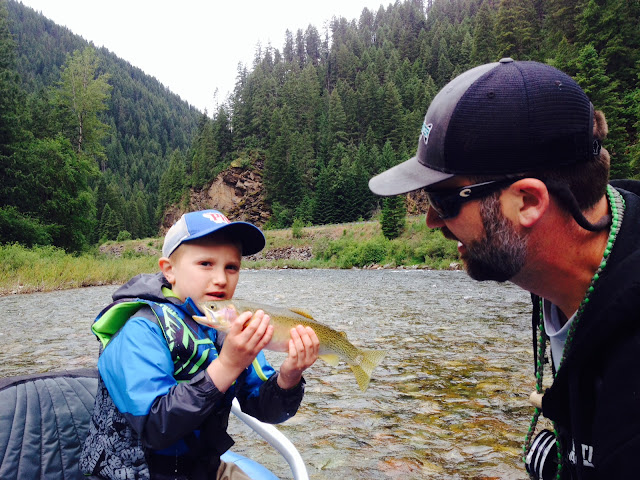 I loved watching the day through the eyes of a 5 year old boy and the wisdom of 75 year old grandpa.
Big C's questions and comments were unending, and usually hilarious

Cheetos fingers were in full effect, all day 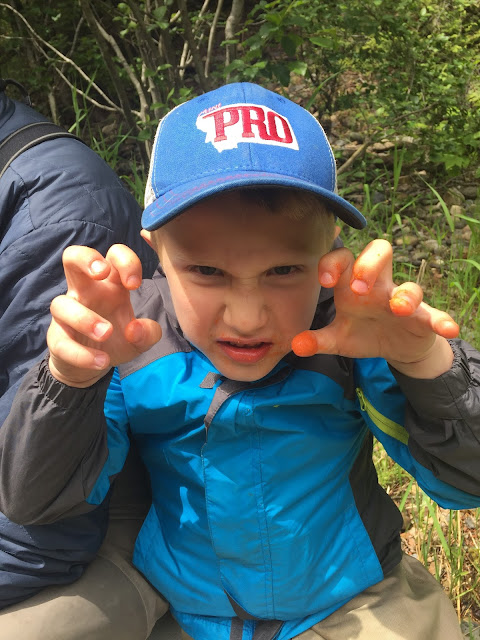 As the older boys switched off from oars to fly rod, Big C was our trusty net man.  He'd scoop the fish, ask how many inches each fish was and beg to hold each one.  It was awesome 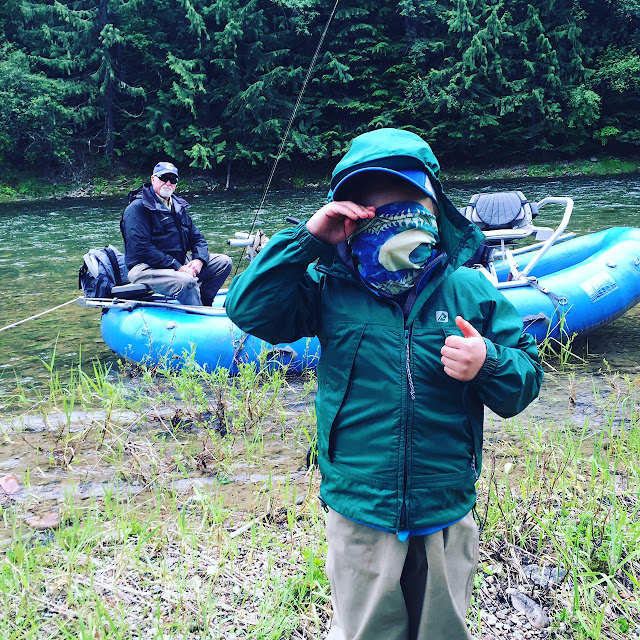 As we hit the take out, 3 tired but happy Mills boys celebrated a successful float.

I couldn't have been happier
Posted by Millsy at 6:31 AM No comments: 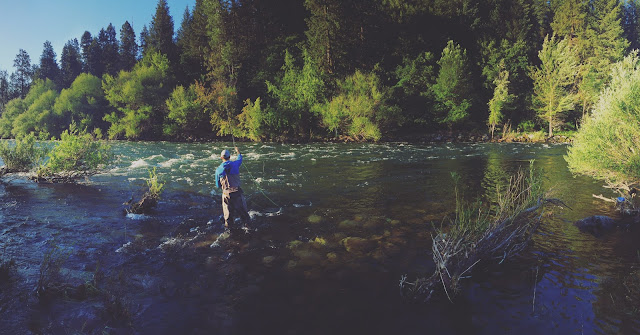 Before the children wake and ask for cereal.

Before emails, texts and inane facebook notifications that mean nothing.

Before the dog gets fed, lunch assembled, and commute begins and ends at the same place where responsibility, clients, co workers and deadlines live.

The alarm goes off, I tip toe through the house and get to the river for 2 hours of pure, unencumbered fishing. 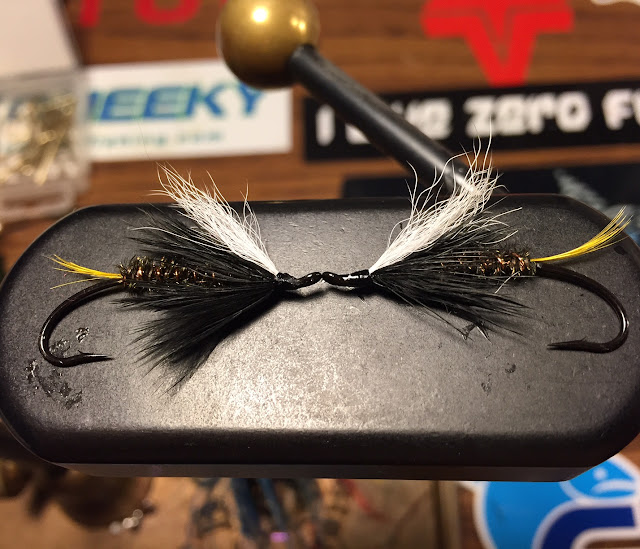 The biggest steelhead of my life ate a bug just like this.  Over 40 inches, it damn near ripped the rod out of my hands by eating a bug that was, in comparison, like an elephant eating a peanut

When we first began this journey of fly fishing for steelhead, I assumed that everything needed to be big and bold.  Full of flash and substance.

Attach a chicken to a hook and hold on, like it needed to be the neon buffet sign to get them to eat it.

How wrong I was.

The truth is now during dryline season, through learning and trial, I force myself to try sparser and smaller flies.  Flies that you'd look at and say...."no way"

Sure, they're going to eat the big bugs but it's more exciting when an elephant eats a peanut.
Posted by Millsy at 6:23 AM No comments: 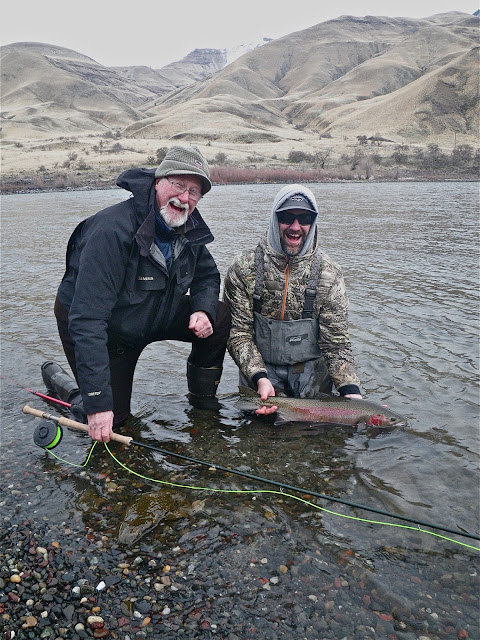 I take solace in a cold winter day in the big canyons chasing big fish....

To each their own.
Posted by Millsy at 9:13 PM No comments:

Shuttle Snap Open On The Yak.... 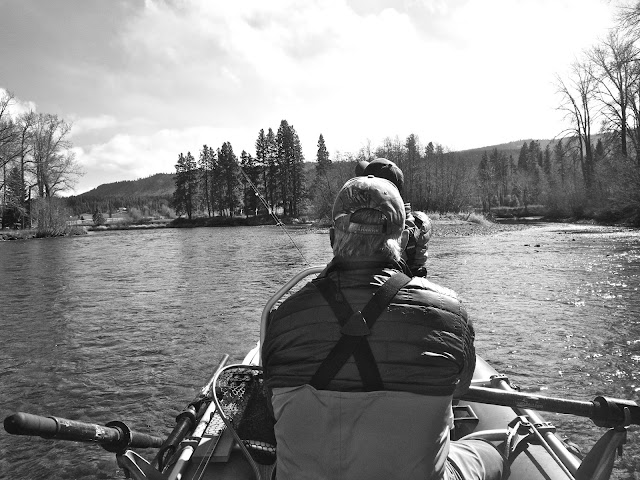 For those who float and fish the Yakima, Shuttle Snap is now open for business.

The web based app has been very successful in Montana and now has teamed with Emerging Rivers Guide Service to simplify the process of shuttling your rig to the take out on the Yak. 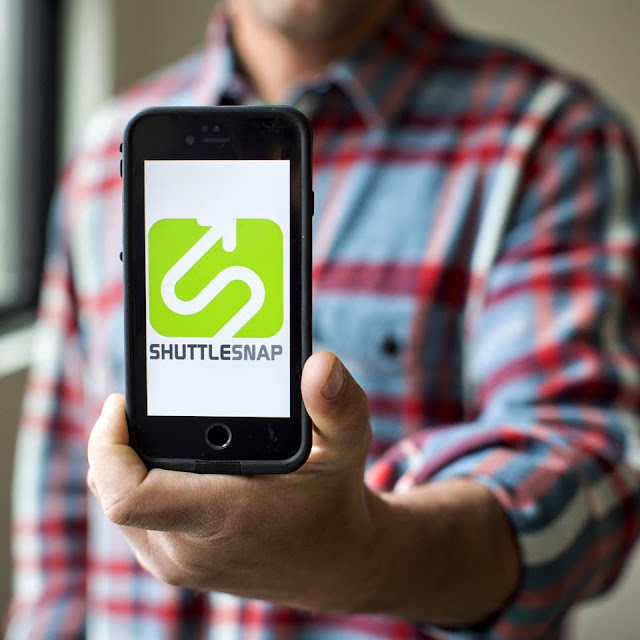 The 5 step process to setting up the shuttle is easy.  In the case of the Yakima,  there's 17 put in locations all the way down to the final take out in their system at Roza.

Give it a shot when on the yak, or the other rivers it services in Montana and Idaho.....and with time I'm sure you'll see Shuttle Snap expanding to more rivers near you soon.
Posted by Millsy at 6:23 AM No comments:

Labels: How far to the get out., ShuttleSnap
Newer Posts Older Posts Home
Subscribe to: Posts (Atom)