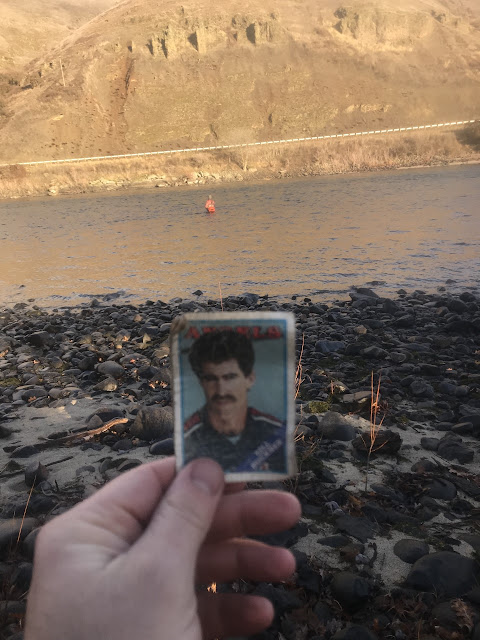 Or maybe, steelhead fishing is just an unanswerable question where the joy is in  trying to solve the unsolvable
Posted by Millsy at 10:08 PM 2 comments: 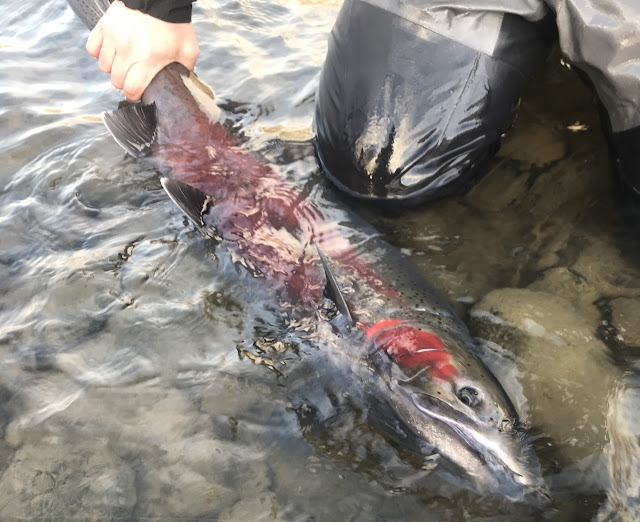 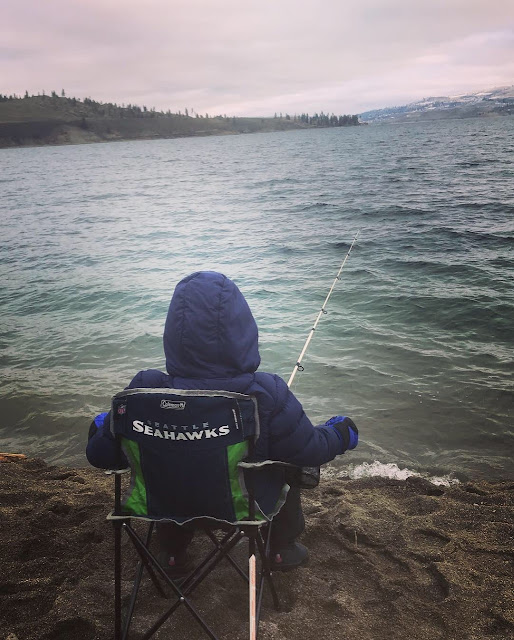 We arrived at our destination and got everything ready to go.

Rods, reels, bait, chairs, food, drinks and a million other things in tow.

I bombed out a cast and set the rod in the holder, and on cue he grabs his chair.

As he plops down with a big smile, he made me a proud father for the millionth time....

"Just waiting for my bite dad"

Be still my beating heart.
Posted by Millsy at 5:40 AM 3 comments:

Cant Leave It On The Road... 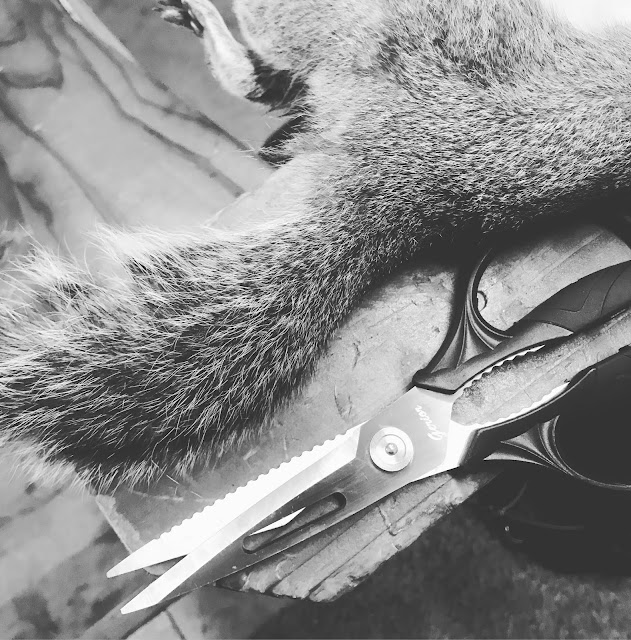 Gifts, dont question where they come from...

A couple hundred cars probably passed this squirrel taking it's final dirt nap.   When I went by, I knew what I was going to do.

I've come to the portion of my fly tying life that I cannot leave a dead squirrel on the road without making some alterations and adding to my collection.

I've salvaged coyote tails, countless squirrels, hun patridge, pheasant, raccoon, and a bunch of other animals that made it way onto the tying bench.  Too funky, smells a bit weird, na.....we can salt the stench away.

At this point, I may be a hoarder.  A good squirrel tail will last a season, maybe two of intense hairwing tying.  I think i have 7 now.

Why do I keep doing this..... quote a grandmothers or two out there, "Ya never know"
Posted by Millsy at 8:59 PM 3 comments: 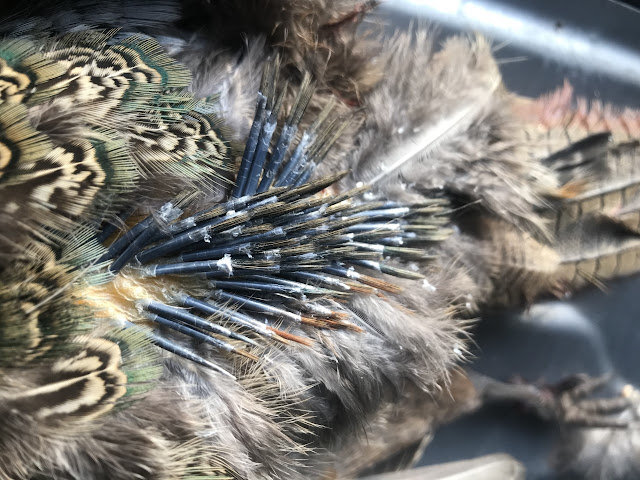 There's always a story behind the story.

The bird hit the ground, picked up by a happy dog and returned to an even happier hunter.

From the start, you could tell something was off on this bird.

It's size said a veteran of the game.  The spurs said years were on this pheasant, not months.

But still, it had very little in the tail feather department.

A quick inspection told the story.  A coyote took a swing, and missed

The bird got away with it's life.  The coyote got a bunch of fly tying material in it's mouth.
Posted by Millsy at 9:53 PM 1 comment: