Enjoy a night of fun fly fishing films and fundraising. Silver Bow Fly Shop is partnering with Spokane Falls Trout Unlimited to raise money for improved signage along the banks of the Spokane River. New and more signage is needed to help to help educate anglers to the regulations and help protect wild trout in the Spokane River. All raffle proceeds from the nights fundraiser will go towards this project.

Personally I am very excited about this film


Hope to see you there

Pick up more information via the EVENT FB PAGE or at The Silver Bow
Posted by Millsy at 8:51 AM 1 comment: 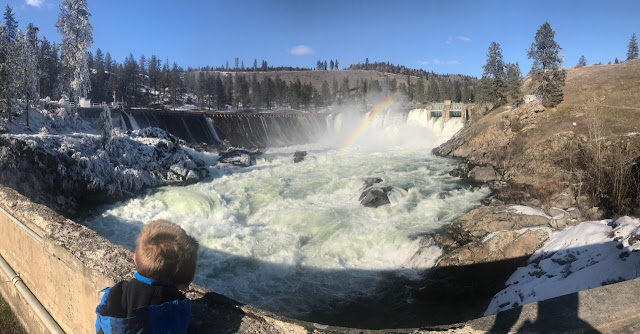 The Real Star of the Field... 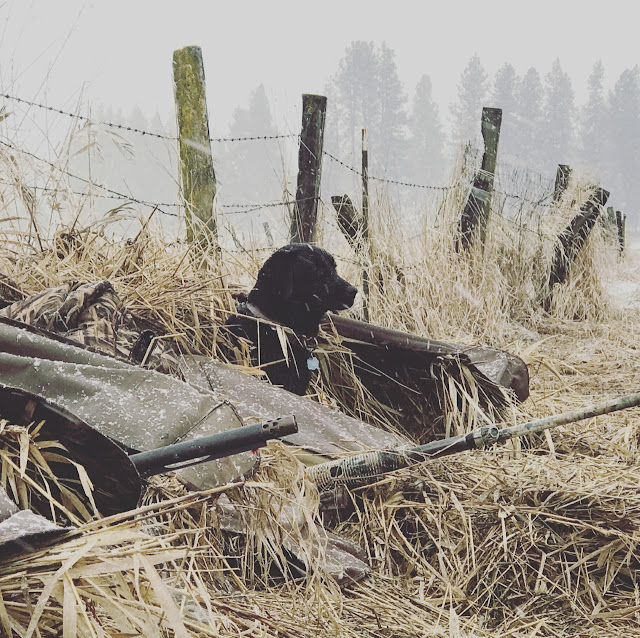 3 dropped and as is the course with steel shot, not all were an easy pick up

She sprang out and nailed the first mallard.

With the dog preoccupied chasing down a wounded duck, I struck off across the water to pick up another stray mallard

100 yards of slogging through the knee deep water, it was plain to see how the star of the show was that day. 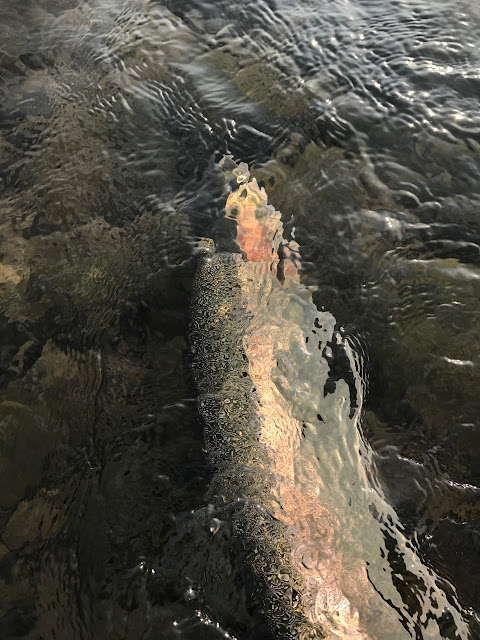 For a while, I've been hearing mentions of good fishing....outstanding fishing and seeing the hashtag #bestworstyearever and it's really begun to piss me off.

If your in the camp of being happily sedated with "good" fishing this year....you're crazy.

Back in mid summer when we all stared at the projections of the worst run on record, we had to come to grips that it was our turn on the Columbia, Snake and assorted tributaries to really see what it was like when a fishery collapsed before our eyes.  Thankfully, as I have told people before,  it went from apocalyptic to shitty.  The run didnt go fully down the drain....more  like a car who's gas gage was about 3 clicks above E.

The raw numbers tell the story.

76,798 over Lower Granite, the last major hurdle for the bulk of the run

Yes, I am thankful that there was enough of a return to facilitate a season this year, but really are we happy to chase the scraps?  We cant buy into the shifting baseline syndrome where this becomes normal and accepted.

Dont fall into that trap, because we and the fish deserve more.

We cant control a lot of things, changing ocean conditions being one of them but we sure as hell can control what we can control

It's crazy we have to fight off the horrible bill HR 3144 that Cathy McMorris Rodgers introduced that is the worst salmon and steelhead bill ever.  EVER.

It's crazy we have to go to court to let a river behave like a river in spring and flush smolt out to sea.

It's crazy that we have guiding operations who tout 19 fish days on the Clearwater when they had the lowest recorded return of wild B runs on record.  Seriously....

And it's crazy we've spent the better half of 15-16 billion in salmon and steelhead mitigation costs and we dont have a system that better responds to climate change, low and hot water years and so on.

Maybe it's time to really consider freeing the Snake River.

In conclusion....let this season sit with you for a while.

Remember that Idaho almost didnt open their rivers in response to the low B return.

So, is/was this really good fishing?  We've got to expect more.

The fish deserve it.