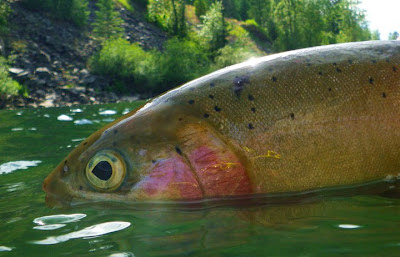 This is my submission for the Trout Unlimited, Simms, the Yellowstone Park Foundation and the Outdoor Blogger Network – Blogger Tour 2012 contest.”
----


They’re a miracle of evolution, god’s intent  and a little bit a primordial luck thrown in there.
In short, they’re the ultimate gift to a fly fisherman or woman.
Eking out and existence in the mountainous west, they rise with uninterrupted abandon to whatever food source is readily available.  Time has taught the species that if they don’t go hunt down their food, they go hungry
A fly fisherman doesn’t have to be told this; he experiences it on a slashing rise to his Chubby Chernobyl as it rides down the soft seam of current beyond the big boulders.
Some say they’re dumb.  A challenge only worthy of beginners…
The smiling angler who knows better calls that baloney.
An indicator of ecological balance and ecosystem health, they serve as our canary in the coal mine.  Pushed out, over competed or turned away by pollution, we need to take heed to where they have disappeared from.
A western stream without Cutthroat Trout is a travesty, and we need to fight to protect them.
Yellowstone National Park is a symbol of our country.  Wild, rugged and impossibly beautiful.
I submit to that beyond the buffalo and the elk that roam it’s wild land; the Yellowstone Cutthroat is the ultimate symbol of the park’s spirit.
Through our hands we have outcompeted these native fish park-wide.   Non native lake trout have put a massive dent in their population and through evolving without brown or rainbow trout, the cutties of Yellowstone face an uncertain future.   Plain and simple,  they can’t compete on their relatively new playing field
While my experiences inside the park are limited to a few trips as a child,  I speak out now because I want to know that this key cog in the collective Yellowstone ecosystem remains in play, forever.
But, there’s hope.   The winds of policy change in the park and in our governmental agencies are pushing for protection of the Yellowstone Cutthroat.  Netting of Yellowstone Lake for Lake Trout has begun to curb their populations but beyond that, it’s up to the angling community to stand tall as advocates.
Become involved, become very involved.  A voice and it’s opinion are never heard unless you find a forum to speak it in.
Think about joining Trout Unlimited, or other groups out there committed to wild fish conservation.
Because without our collective voices, the plight of the Yellowstone Cutthroat stands the chance of being tossed aside.
We can’t let that happen.
Posted by Millsy at 10:42 PM 2 comments: 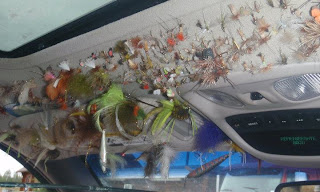 A while back we wrote on the subject on of how our trucks often start to look like the inside of a Cliffs Bugger Barn or a C and F Designs box.

Seriously, these decorations as the wifey calls them are the key component of style in our rides, and with that, we are proud to announce a nice little contest we have lined up with Korkers.

This innovative fishing footwear company has pledged some serious schwag to the winners of this contest.

To enter, here's what you have to do.

1.  Visit Korkers Facebook Page, hit the LIKE button.  If you dont,  I will hunt you down and DQ you.

2.  Submit your picture to us here at Chucking Line and Chasing Tail.  Send your submission to jmills81 at hotmail.com by midnight on June 3rd

Then on June 4th, all the submissions will be posted in a gallery on Korkers Facebook page.

3.  Tell all your friends as well as your enemies to like your picture in the gallery.  Winners will be determined by the number of likes, and ties, well, are broken by bribes.....just kidding

The contest ends on June 10th.

And what will you win if you have the gnarliest Truck Visor Fly Box...... 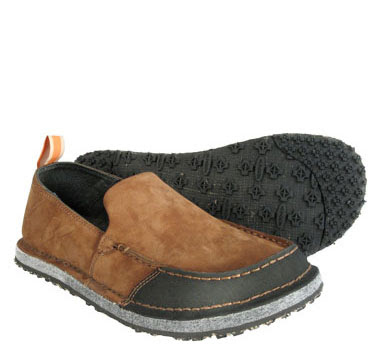 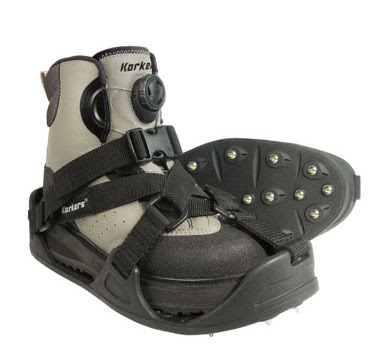 So send your pictures in and let your friends know because you could be walking down a river soon with some amazing boots or footwear from Korkers. 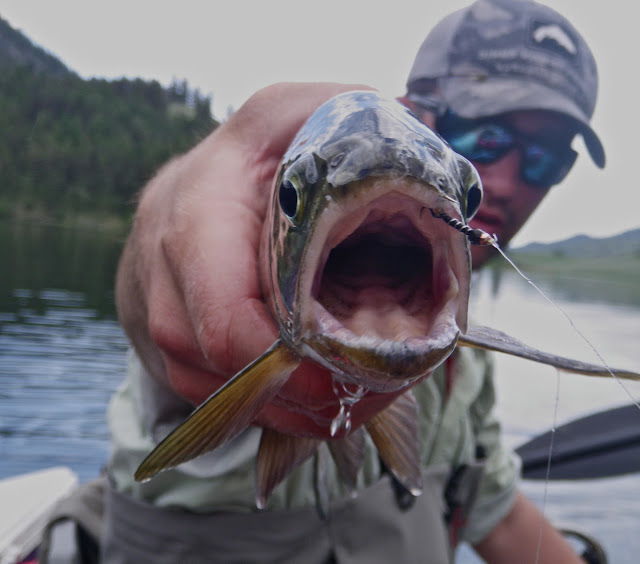 Yes, I said it, bobber.  Especially on a lake, that little orange round ball attached to your line isnt a "strike indicator"

Speak Up Washington for Bristol Bay 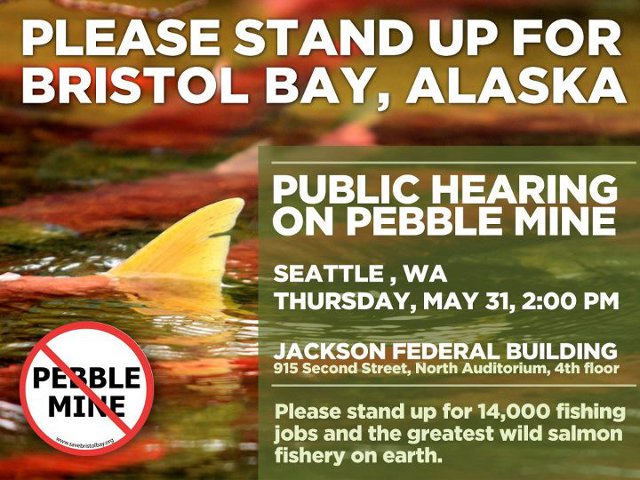 We dont have to look far to find our connection to Bristol Bay here in Washington.

This could be one of the only hearings in the lower 48 where the EPA is soliciting opinion from the general public about the proposed Pebble Mine slated to be built at the headwaters of the greatest salmon producing watershed/ecosystem left in the known world.

If humanly possibly, you know where you should be this Thursday

To the Lake of Rising Trout.... 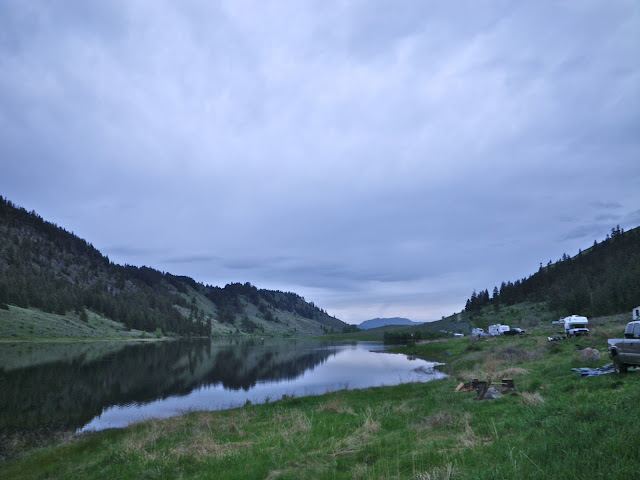 The year's calendar turns over, and the annual pilgrimage to the Lake of the Rising Trout is upon us.

Yes, there are many lakes out there, but this one's unique.

It makes you forget about the outside world.

The first to name the lake and the fly that get's it done on top......and I will send you a Millsfly sticker 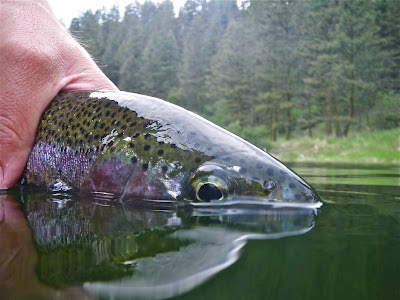 Posted by Millsy at 8:36 PM No comments: 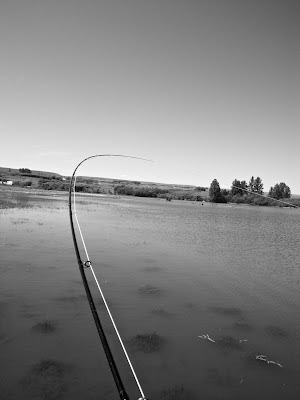 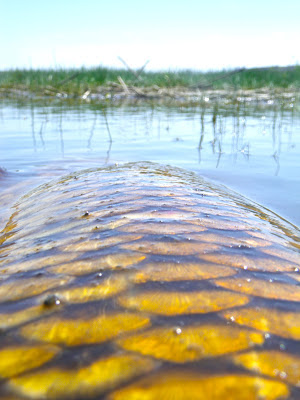 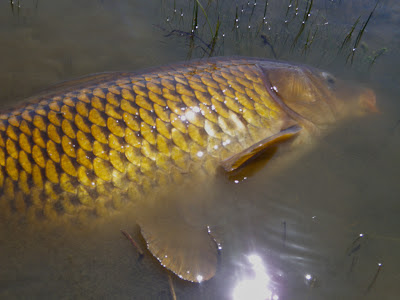 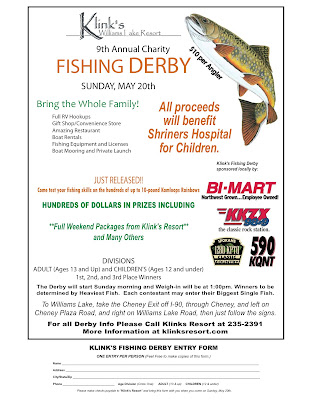 If you have kiddos, and are anywhere near Spokane/Cheney/Eastern Washington this Sunday, I have the event for you.

The 9th annual Klinks Williams Lake Resort Charity Fishing Derby is this Sunday, and I present to you the top 12 reasons why you should be there

1.  Its for charity, and a good one.  Shriners Hospital for Children.

3.  Williams Lake is loaded to the gills with fish. You have to literally be standing on your head with your eyes closed to not catch fish

4.  The Klink family stocks the lake themselves with triploid rainbows up to ten pounds.

5.  Watching a kid win the derby with a Snoopy fishing rod is pretty damn awesome.

6.  Help us add to the almost $30,000 we've been able to donate to the local Shriners Hospital for Children

7.  I have a massive pile of schwag to give away in the raffle

8.  Golden Hills Brewery is pouring for the cause.'

9.  Bi-Mart has loaded us up with a massive pile of gift cards for the 1st, 2nd and 3rd place finishers in adult and kiddo divisions.

11.  If you havent at eaten at the restaurant at Klinks Resort, you're missing out

But seriously, it's a killer event.  We start at 6am and and single biggest fish must be weighed in by 1pm.

The Surprises of Fishing Eastern Washington.... 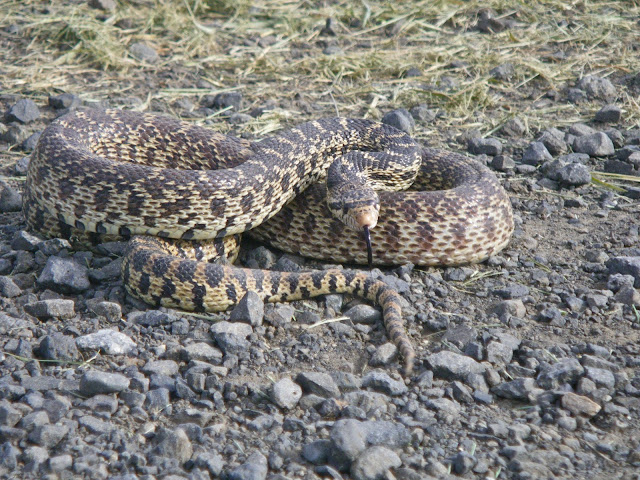 Kick around the brush long enough in the inland desert that is Eastern Washington in search of trout and steelhead and you're bound to run into a few of these bastards.

Lets just say I squealed like like an 8 year old girl and jumped about 6 feet when it coiled up, hissed and struck out at me. 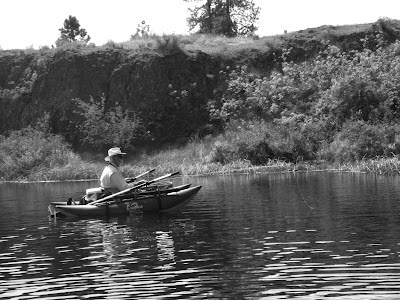 OMR stopped by the office, pontoon in the back of the truck on his way out to a local stillwater to say hello.

Immediately, I was itchy...

Back into the office and 2 back to back appointment cancellations with potential clients and the prospects of cold calling my way back into productivity looked about as yummy as a poo sandwich.

Time to scratch the itch, vigorously.

Its been an intense couple of months at work and I desperately needed to play hooky like a 4th grader staring at playground equipment on hot spring day.

Racing home, I switched out of work clothes, into fishing clothes, collected my gear, loaded the pontoon, grabbed a beer and flew out of my house to the lake in under 10 minutes.  Fishing time was on the line

Arriving at the lake I knew right where OMR would be and there he was.  Posted up away from the other boats in his "spot" where the chronomids are attacked by hungry trout, his rod bucked time after time.  Anyone who knows lake fishing knows it takes a painful long amount of time to get your gear together.

It makes me feel like a Chinese Fire Drill...

Finally, I met up with OMR and started a bit of bobber staring. 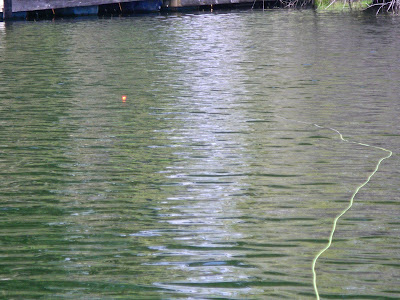 Some hate lake fishing, I tend to find it extremely therapeutic.

Want to forget your issues for a while....then stare at the bobber.

Thankfully the fish were willing participants.  Most fish were taken when the wind gave the water a bit of chop or when things died down, on the micro retrieve that gives the bugs just the right action.

The best part of the day was stealing some time away from what the day was supposed to be and indulging in something that it wasnt, normally, supposed to be.  OMR and I traded turns in landing fish and alternately cheering and jeering each others efforts.

It was pure mental gold.  The perfect reset button. 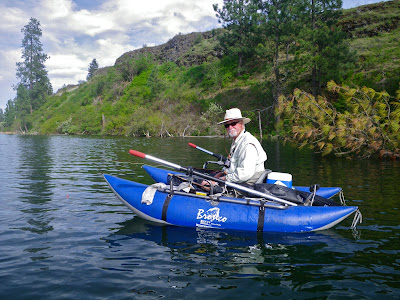 So what's the moral of the story. 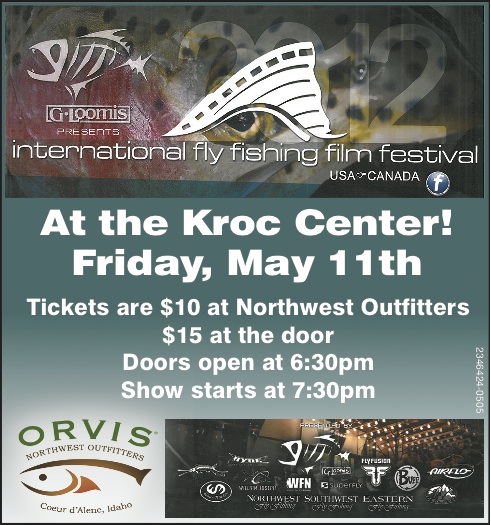 Another evening of fish porn....yes please!

The good doods at Northwest Outfitters are hosting a showing of the International Film Festival this Friday at the Kroc Center in Coeur D'Alene.  Tix $10 in advance at the shop, $15 bones at the door.  Looking at some of the footage, I think we're in for a good show

See you there!
Posted by Millsy at 9:48 PM No comments:

Admit it, we're all gear whores.   Here's the perfect forum to shed yourself of unwanted fly fishing gear and at the same time, maintain your status of a hoarder by picking up something you need.

In all honesty, this is one of coolest events of the year.  There's literally dozens upon dozens of rods, piles of reels, tons of apparel, fly lines...just about anything.

Click HERE to learn more about how you can enter your gear in this year's swap
Posted by Millsy at 7:02 AM No comments: 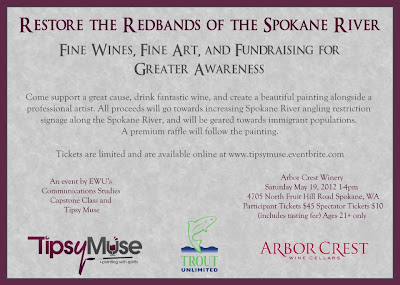 Now this is a good math equation

One of the biggest issues with the Spokane River and it's trout is that it's a fishery that many who use it dont know the basic rules.  Some of that has to do with language and cultural barriers, and this is what this fundraiser is all about.

The funds raised will go to additional signage on the river that will be listed in multiple languages so that awareness and information is there about the native fish of our rivershed.

Space is very limited (45 people who can participate) hit up the web link to learn more, sign up and participate in a heck of a unique event that is doing a big favor to the Spokane River.

Oh yeah, the raffle's looking pretty sweet too.  As in guided trips and some other sweet schwag.

Want to know more about the Tipsy Muse Concept, then click AQUI

Posted by Millsy at 8:44 PM No comments: