I Spy With My Little Eye... 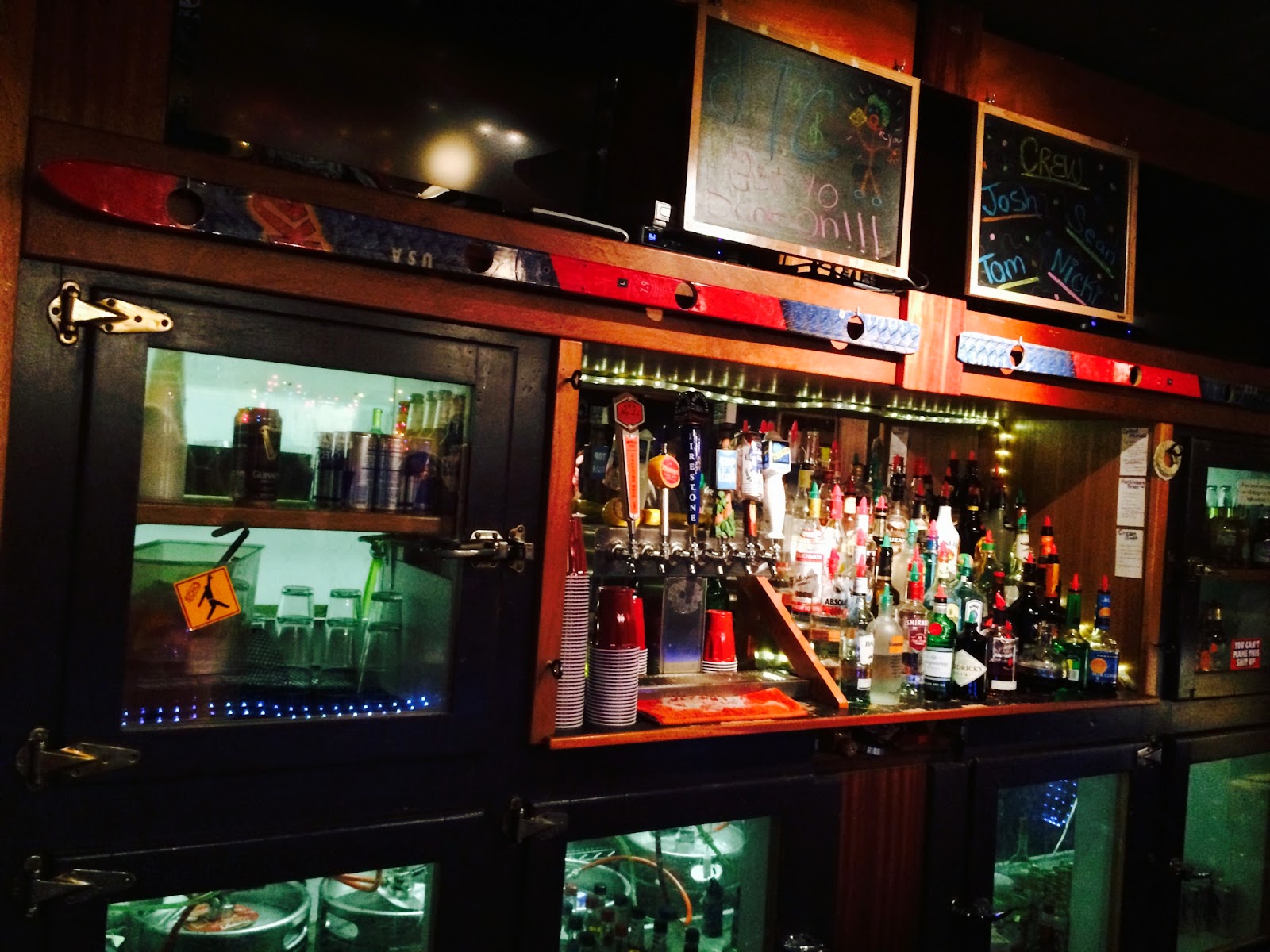 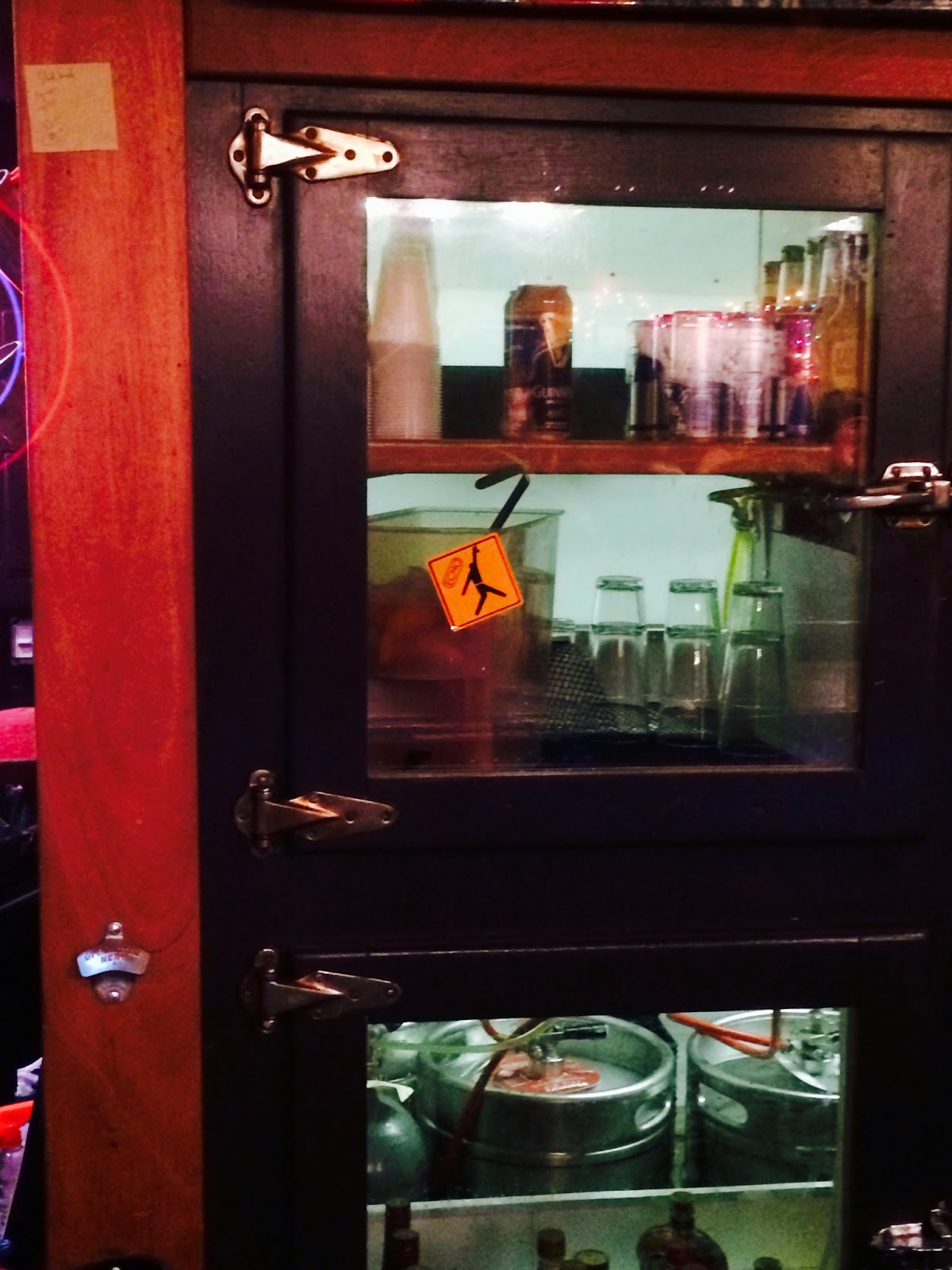 Something that you normally don't see inside a drinking establishment


Lets just get it out there

This is the best outdoor film I have ever, ever seen.

One of my grandfather's helped build Bonneville.   The other, Grand Coulee.  Our family was fully involved in the dam building era.

I hope to be a part of restoring what was lost.

Damnation is beautiful.  It's damn near art (pun intended)  I feel a tipping point coming with this issue, and this is going to be the film to bring the issue to the masses

There are so many things to write about in this film that I need time to unpack my brain and with that, there will be more written here soon about it.

There many dams that shouldn't be taken out at this point.  Electricity, jobs, farming and commerce would be effected in the wrong way

On the other hand, there are thousands of dams that have outlived their lifespan and its our obligation to take them out

The dam removals on the Elwha, White Salmon, Penobscot, are shining examples of given the opportunity, the rivers will heal themselves

If you get the chance to see this film, do it. 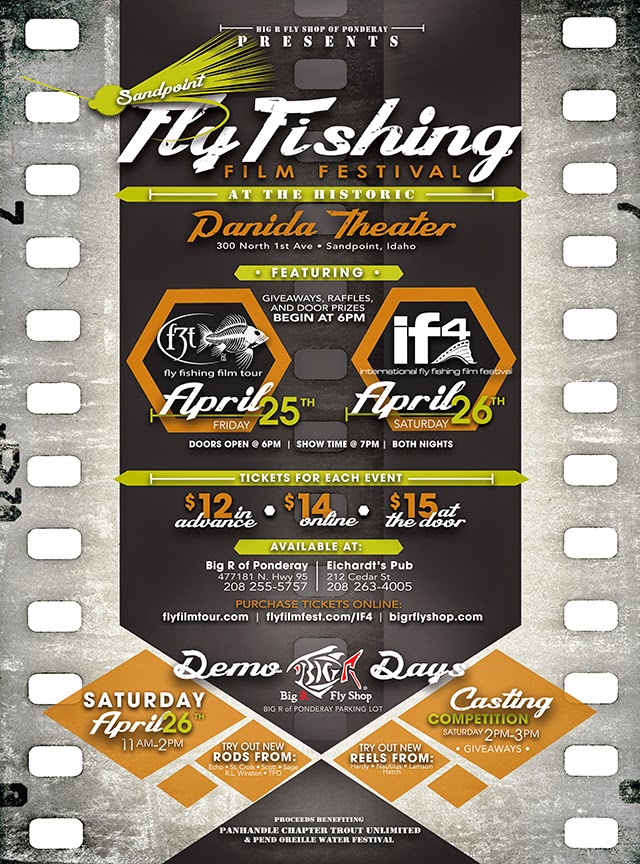 The Big R Fly Shop consortium is doubling down this Friday and Saturday by hosting both the fly fishing film tours, FT3 and IF4.

Beyond the confusing names of the separate tours, it's going to be two great nights of fish revelry, with proceeds to benefit the Panhandle Chapter of Trout Unlimited and the Pend Oreille Water Festival

The Big R Fly Shop in Ponderay will also be hosting a killer demo day where you can cast just about every line and rod in the shop.

annnnnd I might be the big dumb animal up on stage MC'ing both nights.

Posted by Millsy at 6:46 AM No comments: 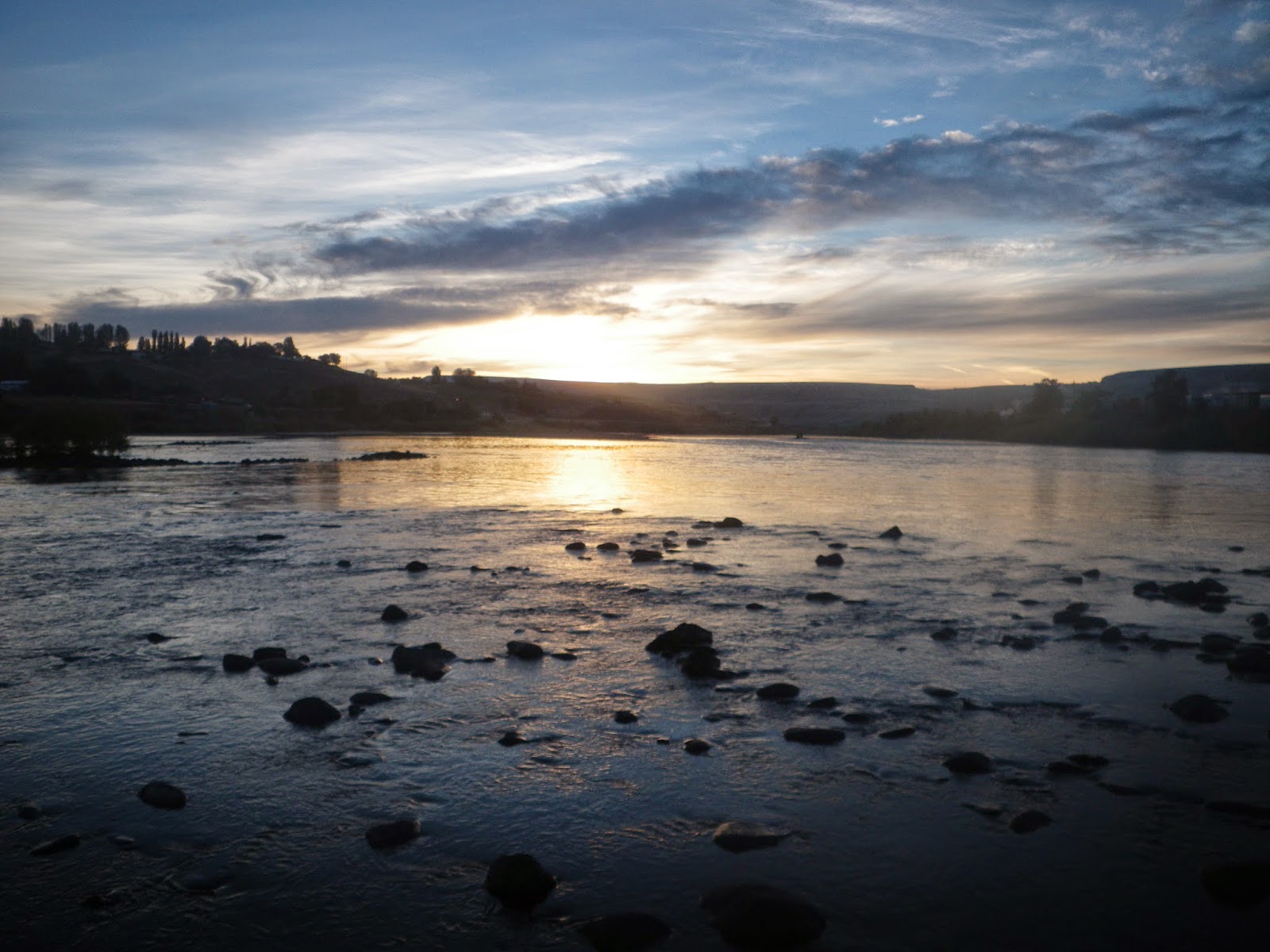 Sometimes as the world awakes, glimpses of a higher power are shown to you

Happy Easter everyone.
Posted by Millsy at 7:42 AM No comments:

The Artwork of Leah Pipe....

In the little town of Old Hazelton, BC, just off the banks of the Skeena River is the home of to some of the most beautiful outdoor art you have ever seen.

Leah Pipe and her gallery Art + Antler is a showcase of "her deep love and respect for the great north and it's history, culture, wildlife and magical experiences" 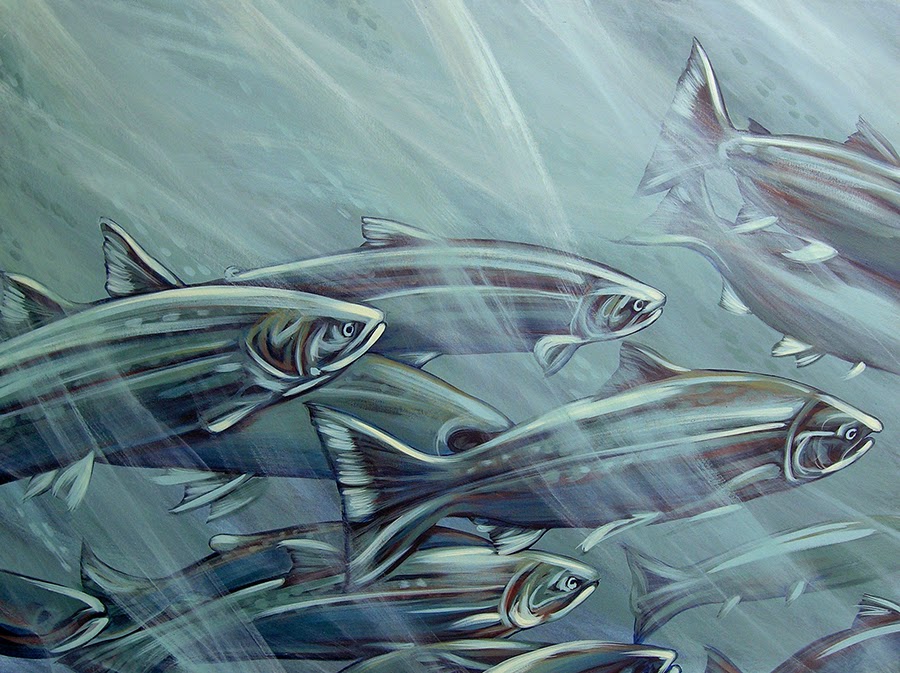 Not all fish centric, her native themed art is amazing. 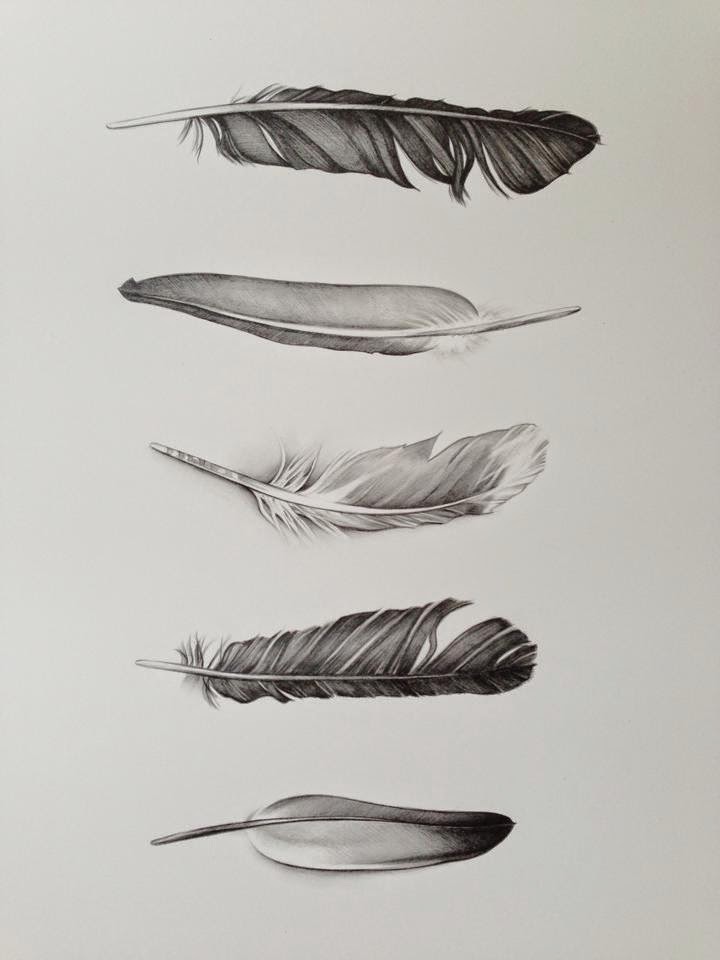 But to me, the stars of her artwork are the salmon and steelhead prints and originals that are full of life and detail

Leah's artwork is affordable (prints starting for as little as $70) and payment plans are available.  If you're in the market for something like this, I highly suggest you give her a call or email

and her FB page that showcases her paintings by clicking HERE

and shoot her an email to artantler@gmail.com

Posted by Millsy at 7:11 AM No comments:

You know, it kind of warms the cockles of my heart a bit when you find something out there in Fly Fishing that isnt all about the rapid shots of grip and grins.  These folks are doing great work, and I hope I can help them further their mission in the future.

Give them a look see, and credit goes to the Chum for posting it up this morning
Posted by Millsy at 9:15 AM 1 comment: 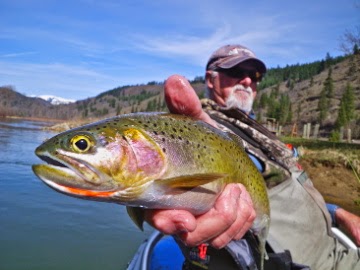 Just a great picture of OMR on a day we played hooky from our responsibilities.

Yes, he is long arming the shit out of the fish

Who cares, you should have seen it chase down and eat the streamer.
Posted by Millsy at 6:12 AM 1 comment: 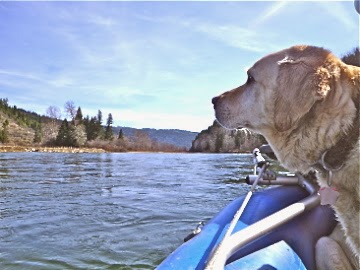 A lab in a drift boat or raft makes the day just that much better.

It's a Strange, Strange Landscape.... 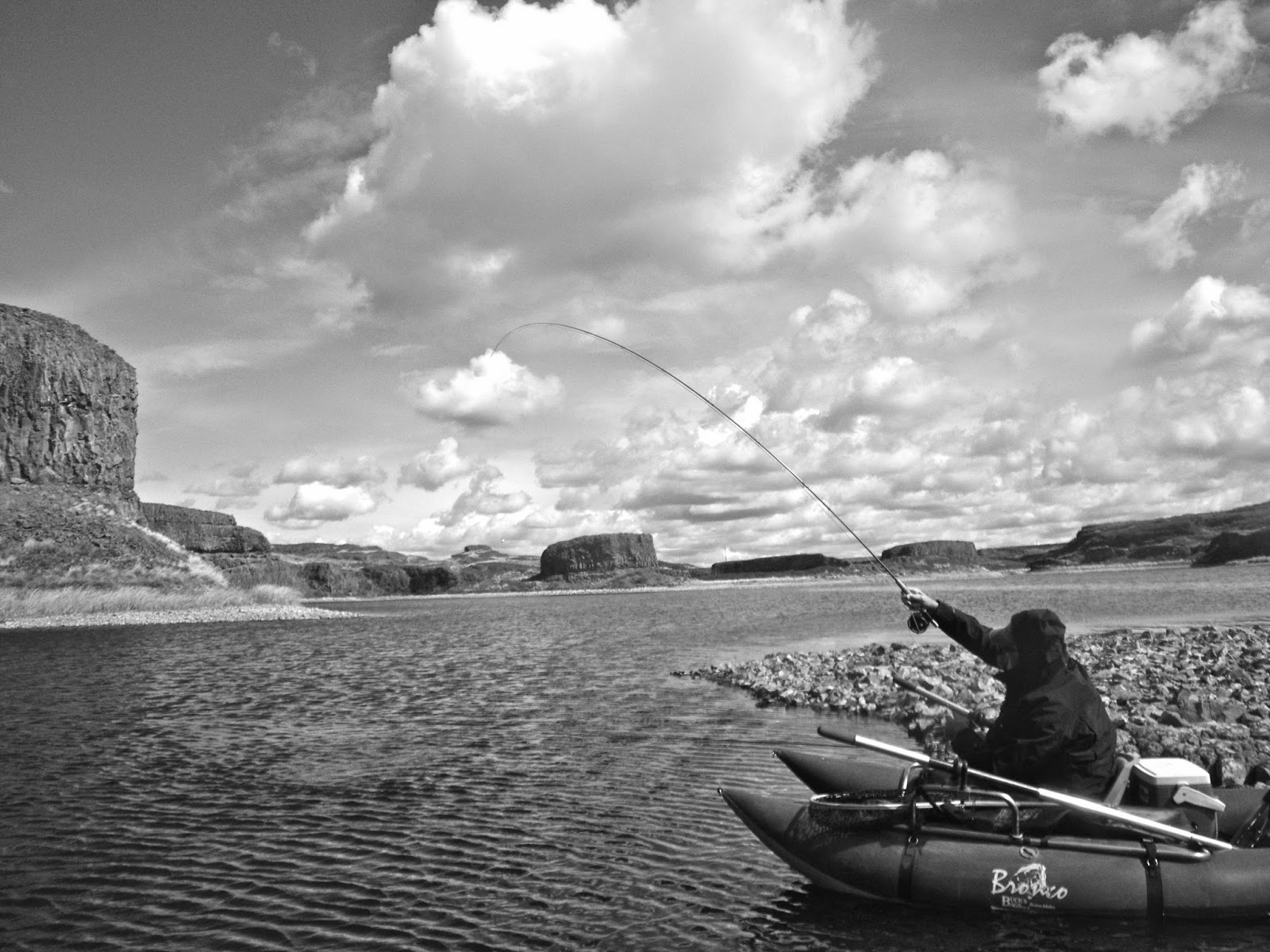 The Basalt columns and cliffs contain the rookery of a couple thousand geese and they let you know, they aint happy about you coming near them.

The farmland you travel through to get to this lake is so uber efficient in their farming practices it would be a miracle if a ditch parrot could survive the onslaught.

The whole place just feels out of place.  You drop into a massive coulee and there it is.  Narrow and deep and long.  It's the kind of place you dont want to press your luck with the pontoon and make sure your motor is in good working order, with a kicker to back you up.

On one occasion, we got the bright idea to take a old 10 ft Livingston style boat to the back end of the lake, propelled by an electric motor.  20 minutes with the wind to get to the hot spot, hour and a half to get back with the wind in our face.  Lets just say it's the one and only place where I felt that I should kiss the shore when we got to the launch

Beyond all this, the bows grow big.  Really Big.  Acrobatic and silver, they make the drive very well worth it.

But good gawd is it a crazy landscape.  I keep waiting for a herd of buffalo to roll on by and take a drink, but it hasn't happened yet.
Posted by Millsy at 10:09 PM No comments:

You Too Can Sponsor a Protester.... 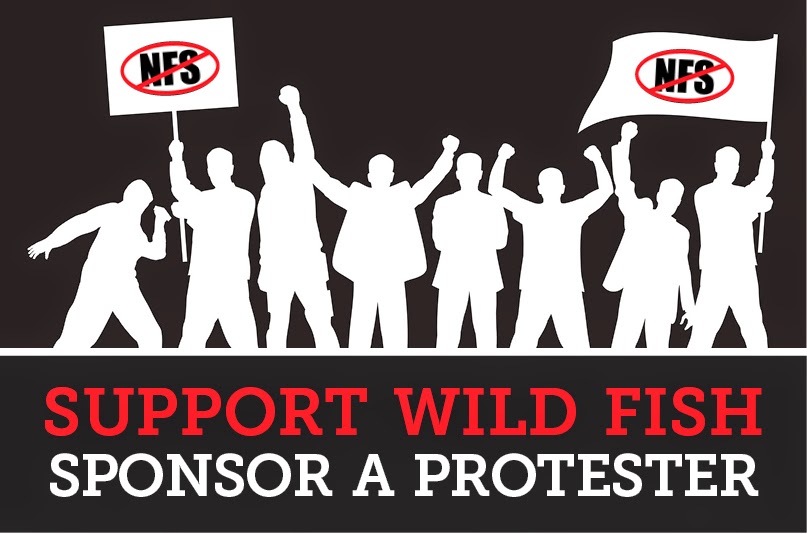 Lemons into lemonaide.....a bad, nasty situation and flipping it on it's face

There are now two ways you can turn the planned Three Rivers Sportsman's Alliance protest of the Native Fish Society's Annual Banquet on April 11th into a fundraising opportunity for NFS.

Wild Fish advocates have set up the Adipose Pledge as a quick and easy way to show your support for wild fish and to show you've got the Native Fish Society's back.  Take a peek and take action.  All money raised will be directly given to the NFS at the upcoming April 11th banquet.

And in the effort to call out the 800 pound gorilla in the room, NFS has set up an easy way for you to sponsor a protester.  Click HERE to see how you can be a part of this genius marketing effort.

Science backs wild fish recovery.  NFS isnt out to take out all hatcheries.  This protest is crazytown.

Lemons into Lemonade Baby!   Be a part of the solution, not the conflict.
Posted by Millsy at 10:15 PM 1 comment: