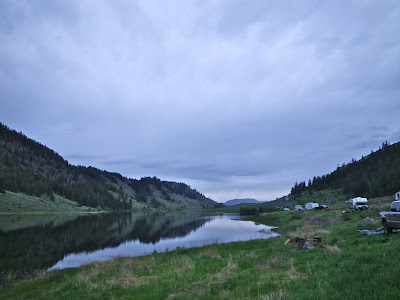 It was the kind of meltdown that will be talked about for years.  A good "hey, remember when" will bring it back and allow myself to laugh and see how ridiculous I really was.

The morning of day three started about the same as the first two.  A big breakfast and out on the water for 7 hours of chasing Troots around Chopaka Lake.  Our group of 5 relayed messages back and forth over the radio from around the lake on their various degrees of success and after two hours, I hadn't touched a damn thing.

I opened and re-opened my fly boxes to try and figure it out.   To the left and right of me, strike indicators (see...bobber) were slamming below the surface and Rainbows lept into the air. 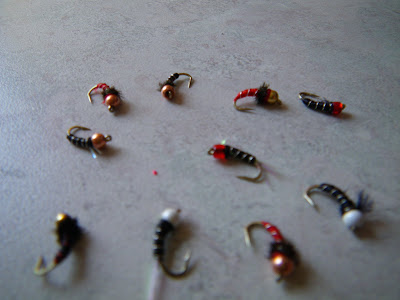 My blood began to boil.

The predictable and prolific mayfly hatch began and I thought, "alright...I gots this" and I set forth giving up offerings to the rising trout.

15 fly changes and nothing.  The 16th changed produced a rise and a brief hook-up.

I changed locations an joined my crew in the hopes that my attitude would improve.

All I got was a steady diet of watching this.... 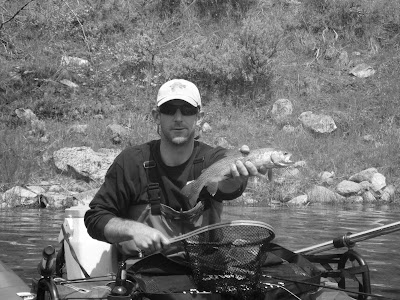 I ended up dropping my good flies in the drink, I snarled two leaders and continued to watch as my guys railed fish.  I did catch a few fish, even the biggest fish of the trip but I couldnt even enjoy it.

I reached into my cooler for a beer to calm my nerves and realized I just gave my last one to OMR.  As my hand grasped the apple in my cooler, all I could do was yell "FUCK IT" and lob that apple like a grenade and finally blew up my day of fishing.  All my friends could do was laugh.

As I rowed away to go finish my pity party, the meltdown was complete.  Utter Core Meltdown.

Thankfully back at camp, my perspective returned and I straight wore it from our group as they recounted my episode in full detail. 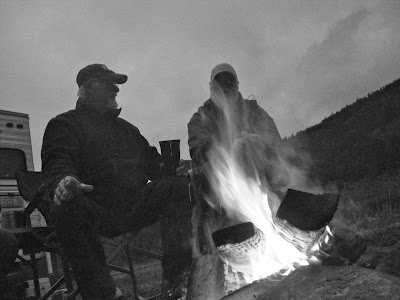 Yep, I was an idiot.  I got competitive on a trip where it never should be about it.  I acted like I was 8 years old and someone stole my baseball mitt.

At the end of it all, my buddy Brian asked me "So how long's it going to take till you are over this?"  I responded with that I had already begun to laugh at myself and he informed me "good, cause I'm going to make fun of you forever about this....really, who throws an apple like a grenade?"

Labels: Fishing Meltdown, Staring at your flybox searching for answers

Hey, Whats Wrong With Your Face? 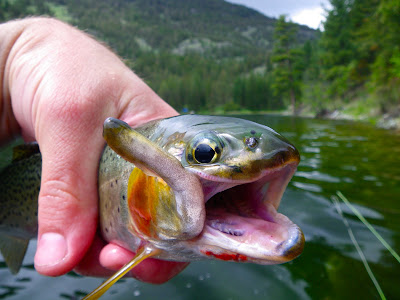 I'd say the person who caught this Cutthroat before me was a little over zealous with the hook removal process.  Amazing to see that after such disfigurement, this trout was as healthy as I have seen.  Although I bet he now talks with a lisp....just sayin...
Posted by Millsy at 9:14 PM 2 comments:

Up the Chopaka Grade.... 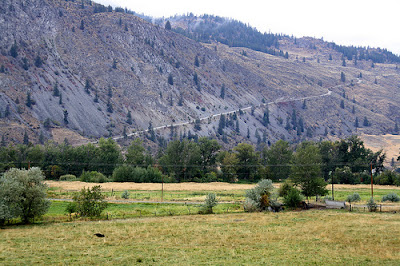 Tomorrow, pray for my tires.  Pray for them.
Posted by Millsy at 3:12 PM No comments: 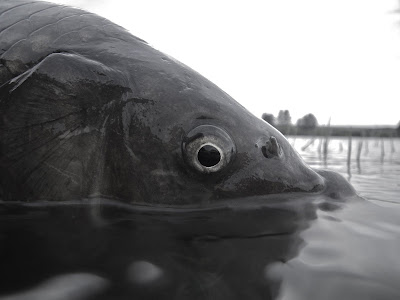 So ugly, they crest into the category of strangely beautiful. 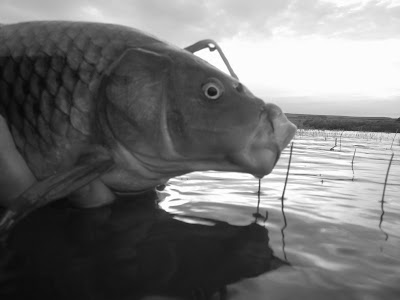 Our local Carp game is on.  Long live these ugly bastards.
Posted by Millsy at 9:21 PM 5 comments: 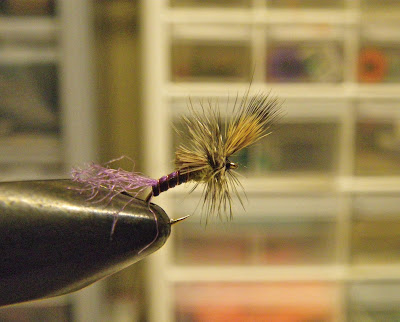 This bug is soon to be in the corner of a jaw of a phat, healthy rainbow.  Our annual Memorial Day trip to Chopaka is upon us.  Let us feed them trout candy and drink brewskies and revel the merriment that it is. 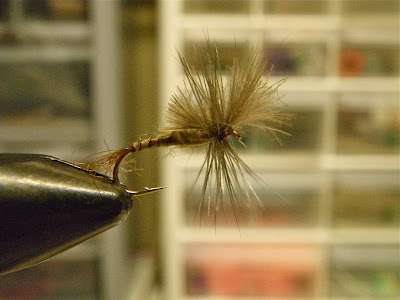 There's something pretty special about a clockwork hatch and willing fish. 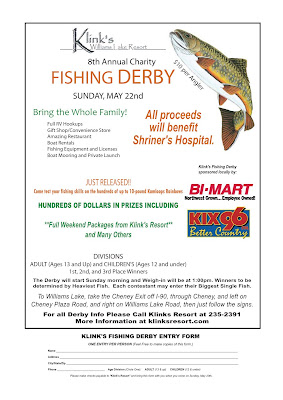 Started 8 years ago, I am very proud to be associated with this tremendous event that helps to raise money locally for the Shriners organization.

Williams Lake South of Cheney, WA is an amazing fishery no matter what you choose to fish with.  Come out to support a great cause and to partake in the hospitality that Klink's Resort bestows on all it's guests.

We've got great prizes for the winners and loads of giveaways and raffles.  It's safe to assume that most wont walk away empty handed.

The event is kid and family focused and we hope to see you there this Sunday.  We'll make sure you will have a good time

Posted by Millsy at 9:29 PM No comments: 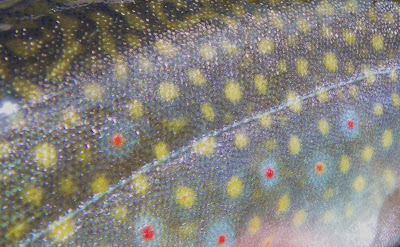 Mother Nature was a hell of an artist
Posted by Millsy at 7:01 PM No comments:

Labels: Brookies, Is runoff over?, Lakes 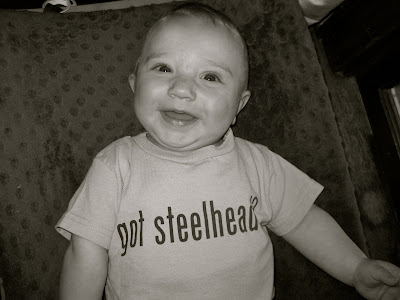 Could this be more perfect?
Posted by Millsy at 8:45 PM No comments: 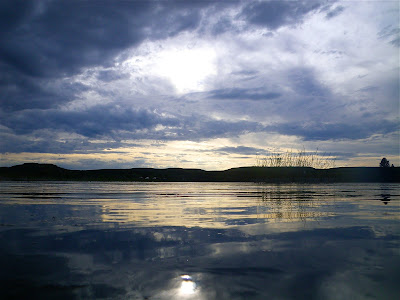 Remains a search so far this year.   The unseasonably cool weather has delayed their flats deployment in search of crazy carp sex.  Thus, our first trip turned into mostly a scouting missing. 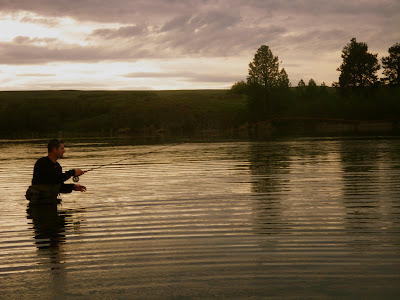 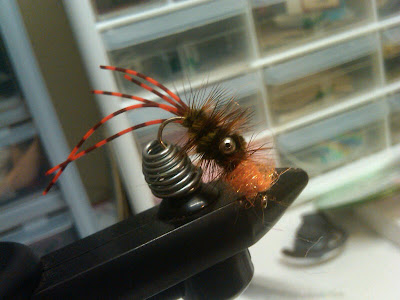 Probably shouldn't have a problem eating this.   The time for tailing carp is upon us.
Posted by Millsy at 9:43 PM 1 comment:


The Costa Rica Challenge from N.S.A. on Vimeo.


Marc Crapo and his buddies...at it again but this time, far from Idaho and their usual haunts. 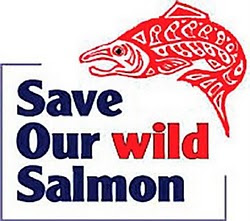 Wonder why our returns have been so good in recent years in comparison to historical averages?  Judges have ruled that it's a pretty good idea to let a river like the Columbia to behave like, whaddayah know...a river.  Spring time flushing of smolt downstream have helped immensely in getting the little guys down the gauntlet of dams on their way to the salt.

Monday, May 9th, a federal court in Portland, OR is going to rule on the Obama administrations recycling of the previous admin's Biological Opinion in setting salmon protection and restoration policy for the Columbia and Snake River Basins.

If you remember correctly....it's not the most sound policy.

If you like Salmon and or Steelhead, get off you boot and get involved.  Take your time and go to the Wild Salmon Coalition web site and figure out what you can do.   Trust me, they'll put you to work.

Keep your fingers crossed for Monday, because its a big day.
Posted by Millsy at 8:42 PM 1 comment: 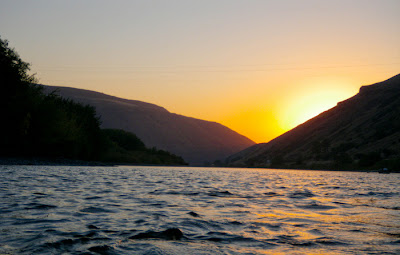 I have a strong and distinct feeling that I am missing some great reads out there.

Here's what I need some help with.  I need some new blogs and reading sources to add to my list.

Know of some that arent on the "Sweet Reads" section to your right on this internet outpost?   If so, drop a comment below and leave me a link. 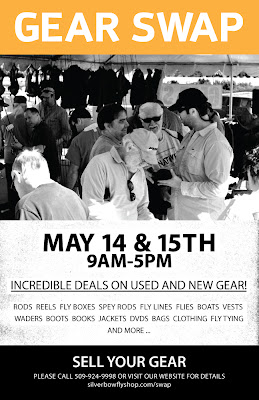 So lets say you go to yard sales now and then, and you're always on the lookout for fishing gear.  99% of the time, your disappointed.  Well how about a yard sale where everything is fly fishing gear.

May 14th and 15th, The Silver Bow Fly Shop in Spokane will be hosting their annual gear swap.  Give the guys a call and their hook you up on details on how you can sell your gear and come 9am on the 14th, I will see you there, scoping out the legions of deals because after all I am attracted to fishing gear like a moth to a flame
Posted by Millsy at 6:42 AM No comments: