The Karma of Other People's Flies.... 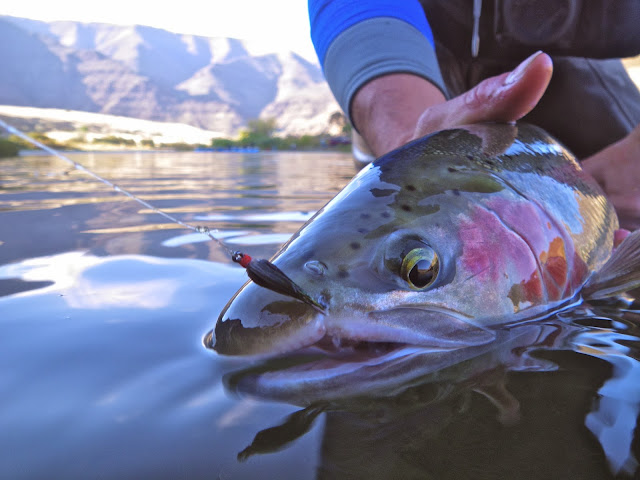 There's a whole lot of mojo in other people's flies.

Often times I find myself midstream staring at my fly box in the typical mental battle of what next to try. Truth be told, steelhead dont give a shit.  They're either going to eat, or they're not.  Simple as that but we as fishermen or women, especially those to tie, elevate the decision far beyond the mental capacity of our swimming quarry.

So back to the starring contest with a couple dozen flies.   I decide yes, then no to about a half dozen varietals, then settle into a fly that was given to me by a steelhead Jedi a couple years past

Turns out that I was fishing with that dude that very day. 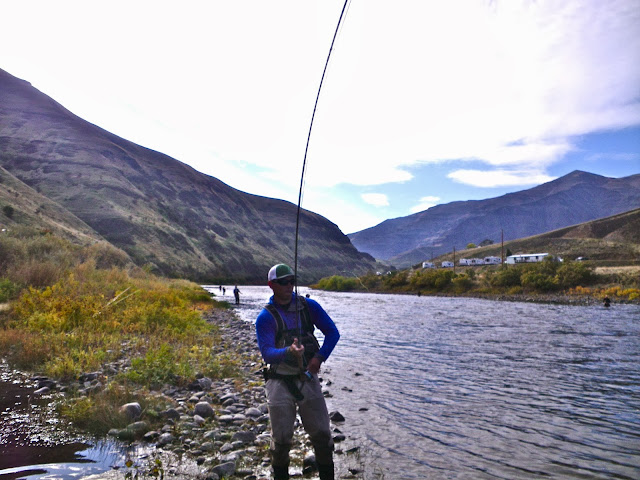 Cinching the knot, I just had the feeling.  The fly had the juice.  Stuff was about to go down.  Planets were aligning at that very moment. 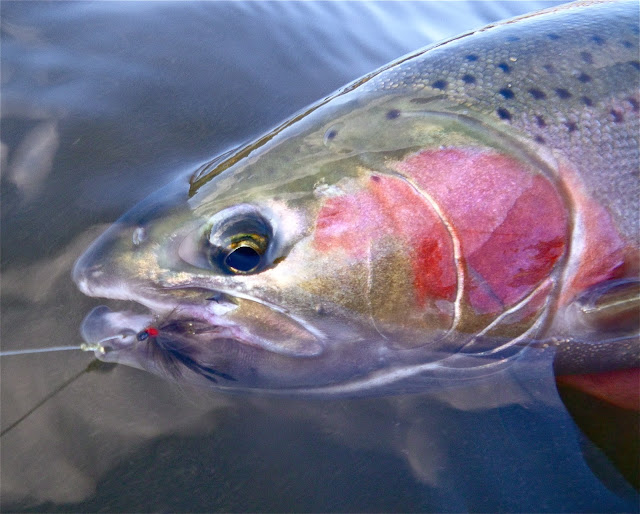 The best part of that crazy line ripping three hours?  The back story on that fly.  How it's predecessor was given to my friend and in turn, gave him a great amount of success.  Moving forward, he put his touches on the fly and then gave some to me.  The line of connectivity of three anglers through giving, not hoarding success, brought special meaning to that day on the water.

Often times, through commitments of life I have more bench time then fishing time and in turn wind up with a bunch of extra flies.  Giving those extras away and then hearing about fish caught on them is a pretty awesome thing and I believe it adds to the experience of chasing steelhead around this great Pacific Northwest riverscape.    It keeps me connected to the flow and the fish even when I cant get away.

So give away your extra flies, fish others given to you.   My bet is that the karma train will make a stop at the end of your line soon thereafter.
Posted by Millsy at 7:05 AM 2 comments: 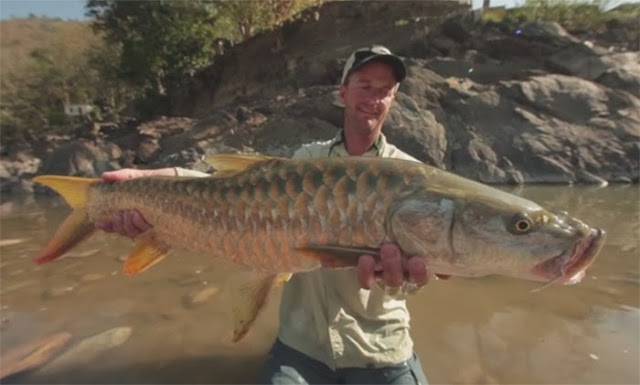 Just a gentle reminder that your Friday Nov. 8th plans have been taken care of.

Come join us watch beasts like this tamed at the Spokane premier of Waypoints at Northern Quest Resort and Casino.  Doors at 6, film at 7pm

The schwag pile continues to grow, highlighted by some pretty sweet pieces of gear and guided trips around the west.

All money raised will be donated to the Wild Steelhead Coalition.

Keep yourself apprised of any ongoings by joining the FB GROUP for the Spokane Showing.  We will be detailing the raffle gear as well as the trips that are being committed by some top flight guides 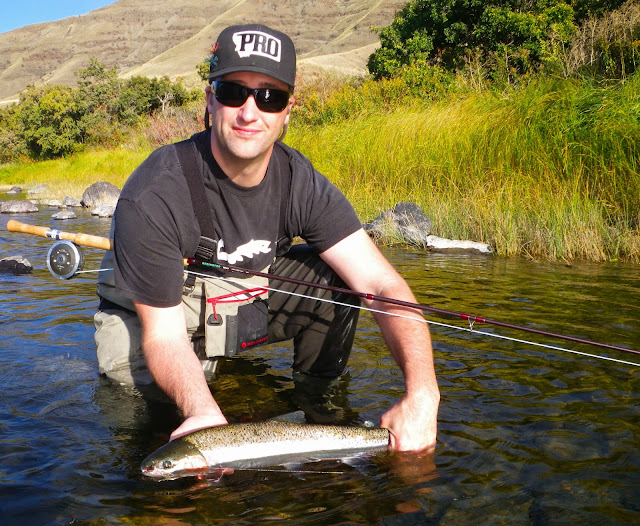 When the reel arrived, it was easy to see....this little beauty hadn't seen water in the decades.

Last week, we corrected that problem.

Matched with the 6 wt Redington Dually on loan for review,  the reel balanced the rod and in perfect dryline conditions....the rest of the river knew what was up when a fish was hooked up.

The beauty of an older reel is the noise.  Some love it, some loath it.  I fall well within the love, as a piece of machinery made 30-40 years ago and sat for decades in a drawer worked like it should off the factory floor is an amazing thing.

Now I find myself constantly on Ebay for the next loud reel edition.    Until then, know when you hear that loud reel sing, someone out there is happy and tight to a fish
Posted by Millsy at 1:49 PM 1 comment: 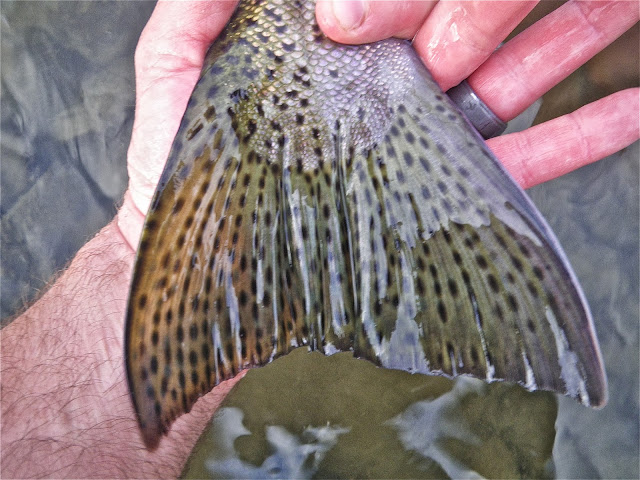 Every part of these fish is amazing.
Posted by Millsy at 10:14 PM No comments: 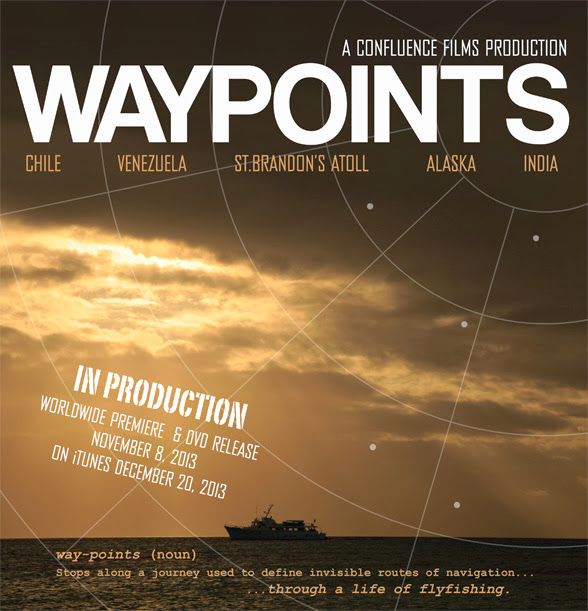 We're at it again!

Nov 8th, in coordination with other cities around the US and Canada, we are hosting the Spokane premier of Confluence Films newest offering WAYPOINTS to benefit the Wild Steelhead Coaliton

In 2011, we screened Connect and it was a blast with about 175 attendees

Last year in showing Low and Clear, we broke over 270.

This year we upgraded our venue to Northern Quest Resort and Casino and with your help, we'll break 300.

The industry is coming through with awesome donations for our raffle.  Reels, lines, bags, hats, sunglasses, shirts...on and on.

So far we have a few guide trips lined up to give away to some spectacular water.

The film is top notch.  The cause is next level.  You and all your friends should be there.

RSVP on our FACEBOOK EVENT SITE.....and we look forward to sharing a beer and watching WAYPOINTS on Nov 8th.


Trailer: Waypoints from Confluence Films from The Fly Fishing Guide Directory on Vimeo. 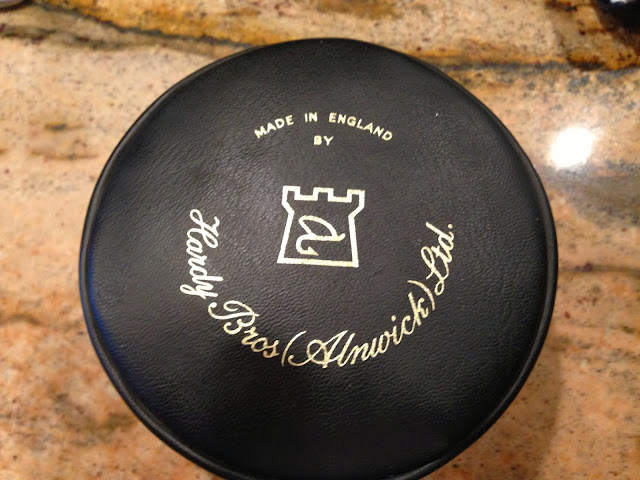 The Ebay listing went a little something like this....

"We know nothing about fishing, let alone fly fishing.  This reel was under some papers in a bin that we bid on at an estate sale auction.  Looks like it's never been used.  Hope someone can find some use and joy from it"

So after some serious last second bidding and a week in between, she arrived at my house. The Hardy Sunbeam 8/9.   I don't think this reel has ever seen water. 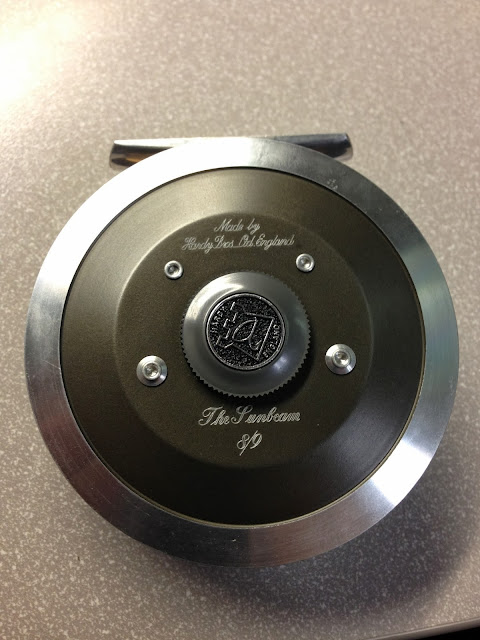 Pull a little line of the reel and she screams the classic hardy click.  It sounds beautiful.

I think I'll introduce her to a steelhead this weekend. 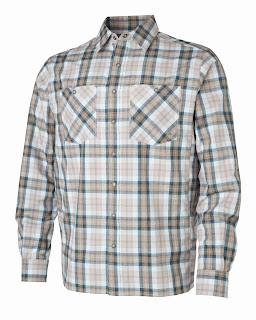 Flannels arent just for hipsters.  Oh no no...

Nor do fishing shirts have to be singular in color with no personality.   We all have a few of those, right?

Here are my top 5 reasons why I dig this shirt

1.  Wife Approved--Not a lot of what I sport on the river makes the grade on date night.  This one does.

2.  Vintage Look--And I dont even have to step foot into a vintage clothing store and deal with the people that work there.    Sorry Macklemore, but  6'8 dudes usually don't find clothing in stores with names like the Eclectic Rabbit. 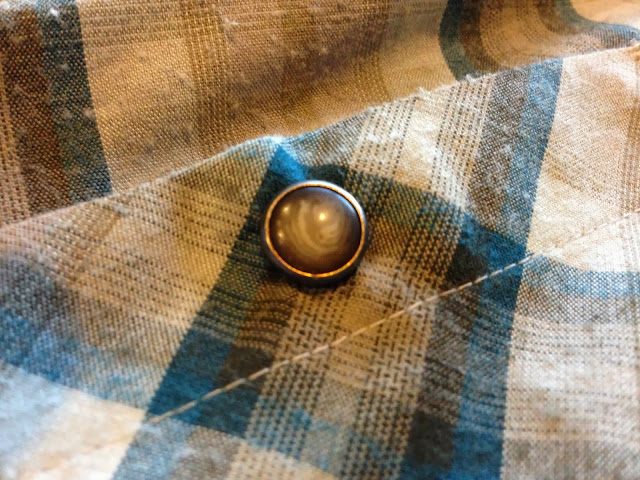 3.  The Collar --It stays put.  I've had this piece for 6 months and have washed it countless times.  Boom, the line in the collar is unwavering.  No ironing needed 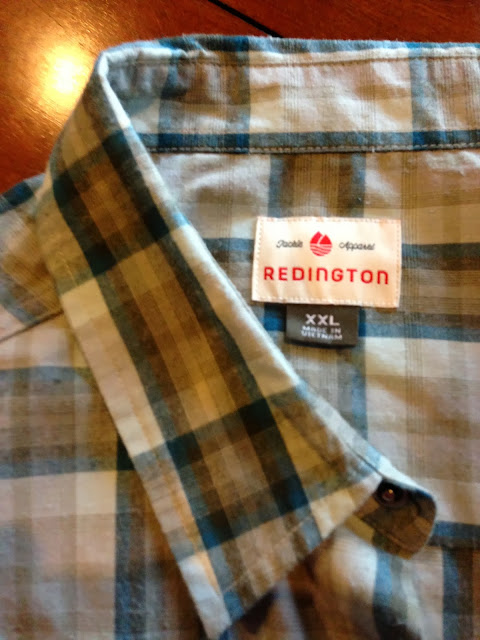 4.  Double Bubba means Double Bubba--Long enough to the waist, long enough in the arms.  They tech speak term that Redington uses is CastCut, allowing for more freedom of movement.

5.  Long and short sleeve options.....because not all of us experience winter, or the converse of that.

The Redington Trask Flannel passes the Chucking Line and Chasing Tail test.   Anything that lasts 8 months in my closet in both a fishing and general living adaptation has me smiling...and this shirt does for me.

Good luck this fall, go out and get some.
Posted by Millsy at 10:30 PM No comments: 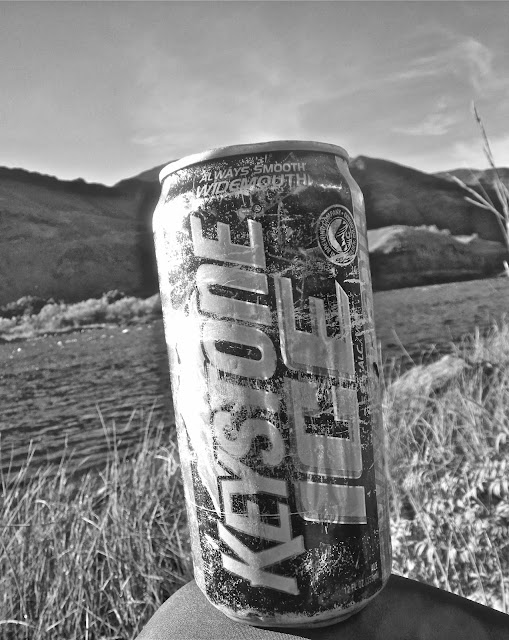 Never kick a gift horse in the mouth.

Not all beverage containers you find on the river are drained of their contents.  On a hot day on a river, these little gems of sweet relief are to be taken as omens of good luck to come.

Whilst I despise....let me repeat DESPISE anything in an "Ice" variety, I wasn't about to let this karma nugget float on by.    My guess is this beer had been in the river a while and had begun its journey much farther upriver.  Notice the heavy scarring on the can.....more character if you ask me.

In this particular case, this beer was sweet reward for one of the most savage dryline grabs a steelhead has ever given to me.

Posted by Millsy at 9:13 AM No comments:

New Issue of Swing the Fly 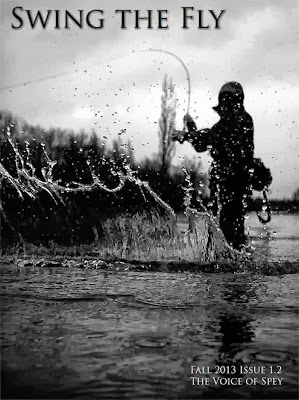 Luckily, yours truly placed third in the cover shot photo contest.  I have no idea how it made the cut, considering the quality of photos in the contest but I will take it non the less

Great work and words from the likes of Joe Willauer, Mark Stangeland, and Marty and Mia Shepard to name a few, take a few minutes and dive in

Happy swanging.
Posted by Millsy at 6:03 AM No comments: