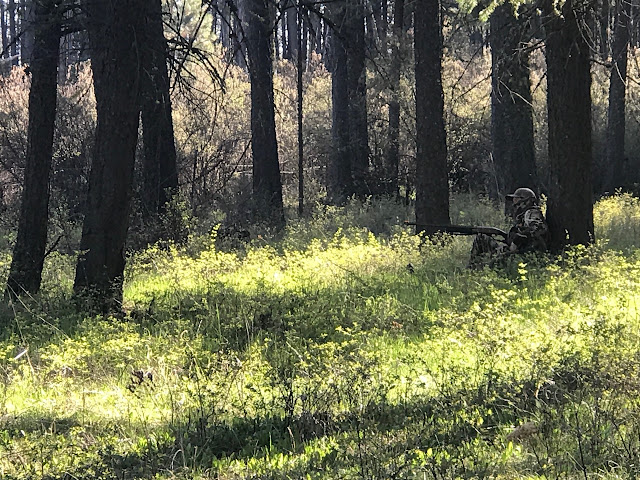 A beautiful morning in the turkey woods.

Staying still, next to a big pine tree you can really blend in.  When you've set up and begun the wait, the woods come alive

So much sound, it's almost deafening.

Let The Fish Have Sex...


For all that is holy, would you just let the fish have sex and stop fishing for spawners on their beds.

No amount of likes or bro-fives is worth fishing for spawners.
Posted by Millsy at 6:33 AM 1 comment: 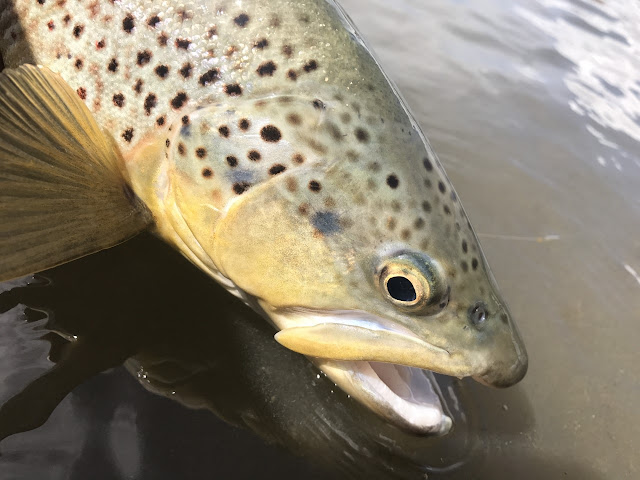 The wind ripped all day, screaming down the canyon making casting an adventure.

It was foreign water, but friends had told me that if the wind shuts off, be ready because the switch will throw and shit will go down

The day was productive up until that point.  Several browns graced me with their presence via the bobber and a couple came in via chucking meat.   After a fall and winter throwing nothing but the long rod, it was a joyous feeling of being on a small intimate river catching fish that we really dont have much of around my home.   Yes,  I think i giggled a bit throughout the day

Still the wind was relentless, holding off the main event.  I drove up the canyon with about an hour of fishing time before I had to leave, and found a suitable spot to throw the bobber rod.

Two casts into the new spot the wind mercifully laid down.  The angry storm clouds that surrounded the canyon all day briefly let in the sun and immediately,  I began to see what I had came for.

The tiny Blue Wing Olives danced in the air and minutes later, the first "slurp" of the day

The window had opened.

I ran up the bank and furiously threw another rod together.  Old leader be dammed, splicing new 4x tippet onto last summers beaten up mono and attaching a size 16 BWO to offer the rising browns

I looked below to the pool and rhythmically the fish rose all around.

Finally in position,  the tiny fake bug rolled down the current and a nose came up to meet it.

It was the largest brown I have ever touched.  22 inches of butter and brown, I was a happy man

And just like that, the flashlight in the sky was cut off by a new, even darker cloud bank and the wind rushed back to greet me once again.

I stood on the rock that I was casting from and hoped for another opportunity.

The window had closed. 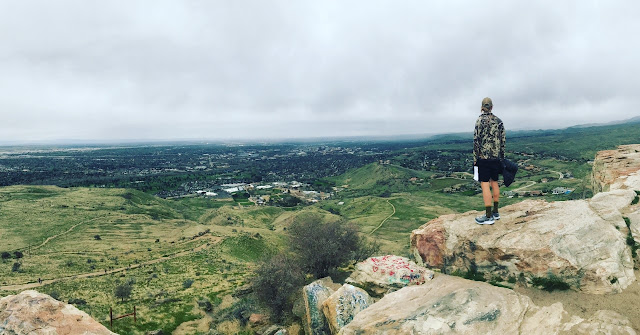 "Yes, we're getting up and going on that hike.  Hells yes, we're going to do it"

"Who's idea was this"

"Did we really think this would be a good idea"

"Man, that philly cheesesteak was a horrible idea"

We boarded the buses with about 120 or so other members of Backcountry Hunters and Angler members for the Hike to Hunt Challenge at the 2018 Rendezvous in Boise this past weekend.  Lots of monosyllabic words and grunts filled the buses as we made our way to the Table Rock trail

It was another great event I wanted to be a part of at the conference.  The weekend was filled with  amazing conferences and networking with people from around North American and beyond.  I tend to try and do everything at these types of events and the hike wasnt going to be missed.

The ambitious members of this troop put 40 or 25 pounds of salt on their backs and ran up the trail to try and win a bevy of prizes from sponsors.

I was just happy to get up there without stopping

While I'm sure I smelled like Coors Light and whiskey but the view from the top was worth it.

I felt better.   The hangover was gone, ready to roll for another day of the conference

Beyond that, I stood in awe, so proud to be part of a group that could rouse a big group of people before the sunrise to hike and run up a bluff in spirit of community.

Maybe you should be a part of the fastest growing conservation group in the country.........Backcountry Hunters and Anglers. 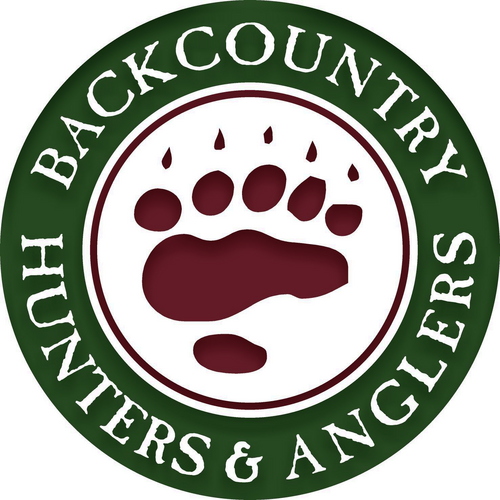 The 2018 Backcountry Hunters and Anglers Rendezvous begins Thursday and runs through Sunday morning.

It's thousands of hunters, anglers and public land conservationists coming together to have a great time, rally behind issues that are near and dear to all of us and define the upcoming year of public land preservation

Last year, I was given the opportunity to be part of the show as a featured Outdoor Storyteller and boy did I feel out of my league next to the amazing speakers I shared the stage with


All I remember thinking was dear god, dont let me follow Randy Newberg.

He's a titan of the outdoor community.  A public lands BOSS.

In any event, this upcoming 4 days one of the highlights of my year.  If you're in and around Boise, come check out the Brewfest on Friday night if you're not signed up for the other events as it's open to the public.

Beyond that, consider joining BHA.  They're the lead group in helping us all keep public lands in public hands 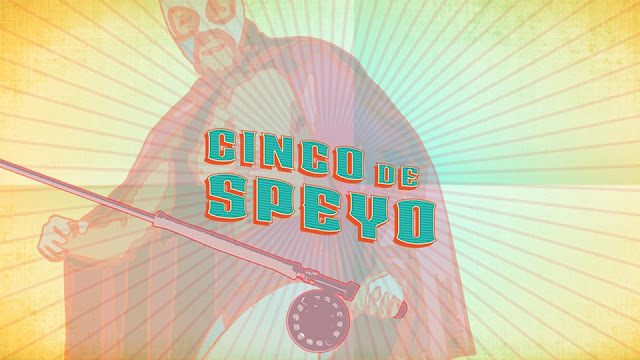 It's almost time to get funky on the Missouri River

The third annual trout spey clave presented by North 40 Fly Shop is coming up quick, May 4th and 5th at the Mid Cannon fishing access site on the Missouri, between Craig and Cascade.

Big time instructors and reps from top brands like...


will all be a part of the show for this massive 2 day event.

Beginner Spey and Demo Day
On Friday May 4th, we will be offering two great opportunities for angler involvement starting at 3 p.m. If you are new to spey casting and would like to learn from some masters, join our Beginners Spey Clinic. Space for beginners is somewhat limited, so please contact us to sign up.
Also on Friday at 3 p.m., we will be hosting a wide open spey casting and industry demo session. Come one, come all. Show up in waders and bring your spey rod for some one on one instruction or try out demos from Winston, G Loomis, Sage/Redington, Echo and Loop. This a great chance to dial in your current set up or choose from some great rods and lines to build a new outfit.

Cinco de Speyo Saturday May 5th 2018
On Saturday May 5th, vendor set up will begin at 9 am. Presentations from the biggest names in fly fishing will kick off at 10 a.m. and finish up around 5 p.m. Then we are planning some post presentation fun. In the middle of the day, we will take a break for some tacos. While presentations are going on, guests can also visit vendors to peruse their gear, demo rods and lines, mingle with the pros and maybe even coax them into the water for some extra casting pointers. One of the great things about our event is that it is casual and intimate enough that you can hang out and socialize with some of the great personalities in our fly fishing world.


If you have any questions or need more information about our event, please reach out to us. We’d love to hear from you. Please contact support@north40.com for questions. 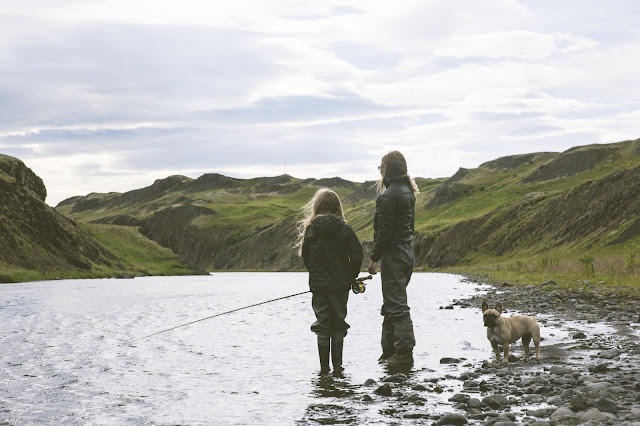 What a badass lady and mother, cheers to Vala

Atlantic Salmon are so high on the bucket list....someday