Another Reason To Support Keeping It Public


If you're not paying attention, we're going to loose a very big piece of our nation's identity.

Wake up
Posted by Millsy at 8:32 PM No comments: 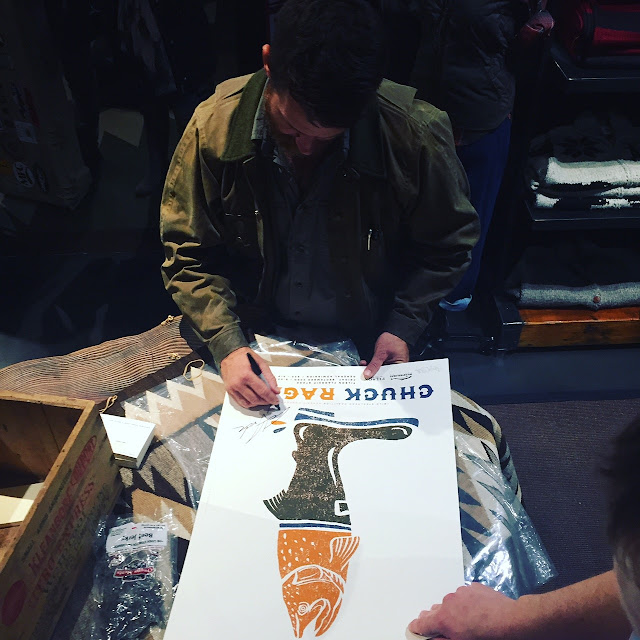 Chuck Ragan can flat out belt out a song and play a guitar.   Along with a pedal steel guitar backing him up,  it was a real treat to watch him amongst the other 150 others who came out to support the Wild Steelhead Coalition at the new Filson flagship store in downtown Seattle this past Friday night 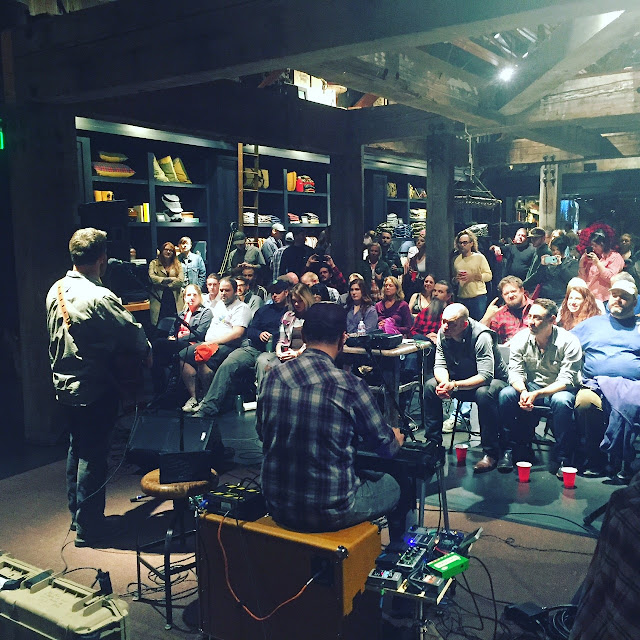 After it was all said and done, the biggest feeling I came away with is gratitude

To Filson, who donated the space to us for free

To Georgetown Brewery who donated the delicious beer

Most of all, to Chuck Ragan and his bandmate Todd Beene for donating their time and talents and kicking ass on stage.    Their music resonates with soul, truth and honesty.

Surely I am missing others that helped in the event, it takes a community to make nights like this go

Thank you to all and we cant wait to do it again.

Posted by Millsy at 6:00 AM No comments: 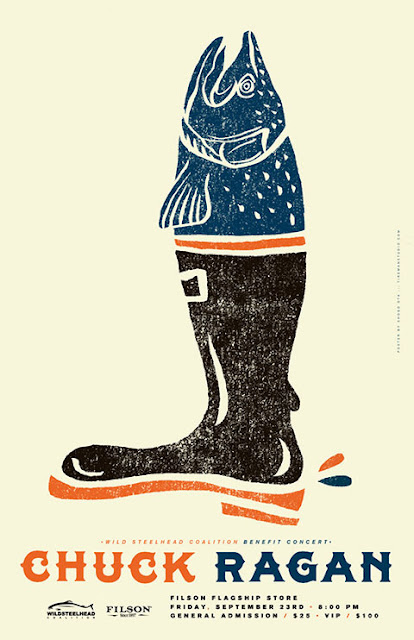 Ok, you may have heard that we at the Wild Steelhead Coalition are having a little shinding this Friday Night.....

Good, than I'll expect to see you there.   You see, Mr Ragan is one hell of an artist.  Oh, by the way, he's flying in a steel guitar player from somewhere down south.

It's kick ass Americana, soulful as it gets.

Join us, help us raise money and have a great time.  See you Friday

Get your tickets HERE. 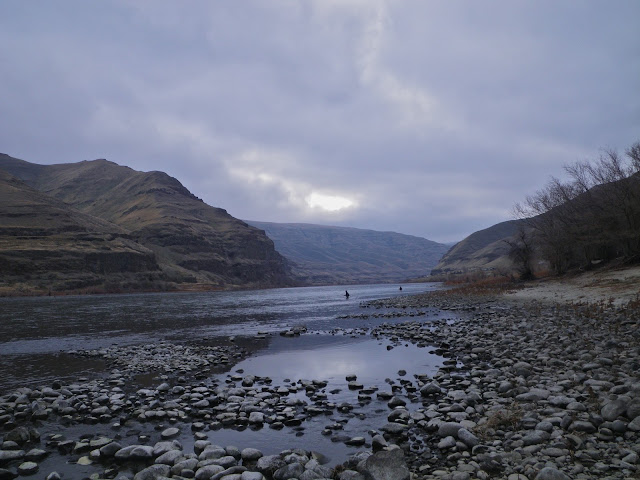 One thousand blog entries.  It's a number that's snuck up on me.

It's been 7 years of writing.  The early entries sometimes make me cringe when I re read them, but they formed the base point to where this outpost is now

Most of all, I am thankful for what this blog has done for me.  I am so appreciative of the people out there that continue to read what I put out there.  The connections I have made with amazing people, the organizations, the businesses and wild places have become cornerstones of this life I am living.

Over 570,000 pageviews.  Tens of thousands of unique visitors.

Free The Snake This Weekend 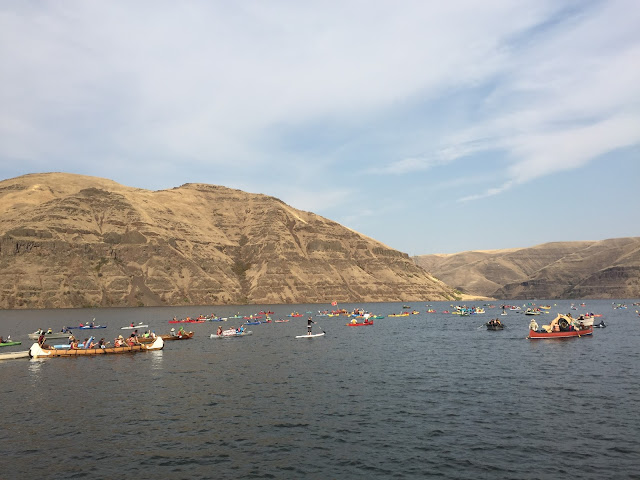 Last year's event was amazing.  This year its going to be bigger, way bigger

Be a part of the 2nd annual "Free the Snake Floatilla" on Saturday the 17th.

From the Free The Snake web site

Last year more than 300 people from throughout the Pacific Northwest came together for a river recreation day to combine their voices in support of lower Snake River restoration. This year, the Free the Snake Floitilla is back and will paddle through the heart of Lewiston, Idaho and Clarkston, Washington to the confluence of the Snake and Clearwater rivers.

Wild salmon, steelhead, and pacific lamprey are dying by the thousands due to the dams on the lower Snake River: Ice Harbor, Lower Monumental, Little Goose, and Lower Granite. These four unnecessary dams are costing taxpayers millions to maintain and repair. Meanwhile, energy produced by these dams is being replaced by clean energy alternatives. The dams’ primary purpose, barge transportation, has declined nearly 70 percent. It’s time to remove these outdated, low-value, deadbeat dams.

Join us September 17, 2016 to tell our elected leaders it's time to remove the four lower Snake River dams, begin the largest wild salmon recovery effort in the world, and revitalize economies, communities, and cultures throughout the Pacific Northwest and Northern Rockies. It's time to free the Snake!

It was very impactful to be there last year.  My two young boys got to witness history.  The route of restoration is before us.

Register and get more info via the Free The Snake site and be a part of history, again.

Oh, if you're struggling to understand why taking out these 4 dams on the lower Snake River is a good idea....then watch this

Free the Snake: Restoring America’s Greatest Salmon River from Patagonia on Vimeo.
Posted by Millsy at 10:39 PM No comments: 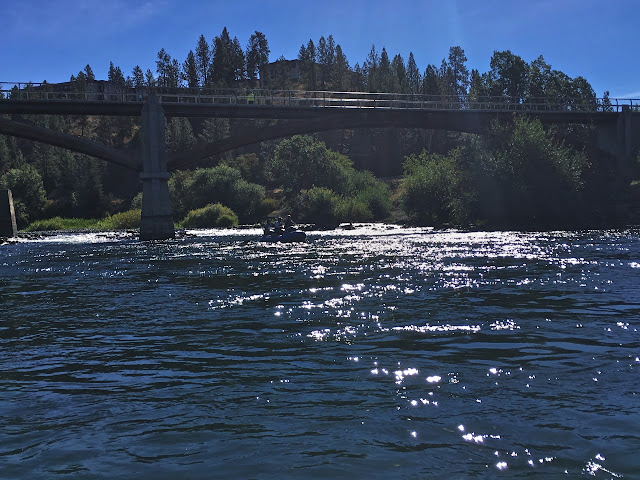 You launch in the shadows of downtown, a cool water refuge amongst 500,000 people living their lives.  Most oblivious to the jewel the city has running through it, let alone the public land adjacent to it that lets anyone and everyone use it

The 4 mile float along the lower Spokane is a corridor of wildlife in the midst of urban living. Various land grants started Riverside State Park in 1933 and today it's a vital part of the health of our river and the city itself.

It offers wildlife a place to call home.  Parkland a place flourish.  An escape into nature five minutes from the front door of Nordstrom.

It's a buffer to life's craziness.  I take solace knowing I can tangle with a wild redband rainbow as thousands of cars rush overhead the Maple Street Bridge.  It's there, in perpituity because of a strange concept that we have in America

There's 640 million acres of public land across our country that are there for the good of the people. Some in far off distant and remote stretches of the West, others right smack dab in the middle of cities all around the country.

Private rivers and forests.  Pay to play.   The domain of kings and queens

What we have is so special.  So incredibly special and yet it's at risk.

Right now,  there are interests lining up to try and take public lands out of the public trust.

Often times when that happens, states lack the ability to care and maintain that land, and boom....the land that once was public is now purchased in excess land selloffs and into private control

If you spend anytime outdoors, chances are you are using public lands.  Some state, some federal, it doesnt matter.

Fish, Hunt, Hike, Bike, Swim, Run, ATV, Horseriding, Ski and so many more.  It doesnt matter, we all use it together.

It's time you become #publiclandsproud, educate yourself and act

First step in the process is get to the Sportsman's Access Coalition page and sign the petition backed by the dozens of groups and businesses that stand for public access.  You're name will be added to the list delivered to governors, local politicians, congressional delegations, senators and more as one of the tens of thousands who've drawn a line in the sand on this issue.

Second, join the awesome groups like TRCP and Backcountry Hunters and Anglers.  These men and women are on the frontline of the fight to keep our land public.  They know the legislation.  They know the lands at risk and they deserve your money and support

Lastly, incorporate the hashtag #PublicLandsProud in your social media where applicable.  It will help to expand the message to others and who knows, there might be a contest or two out there sponsored by outdoor retailers who get that their success is tied to our outdoor heritage.

Imagine the boat launch roped off or the sportsman's access to your favorite river is gone. 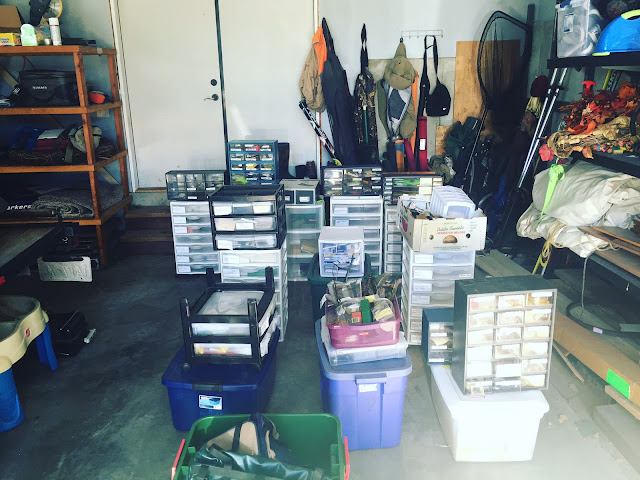 A fellow tier from Seattle clued me into this goldmine, as somehow it escaped my notice on Craigslist in Spokane.   There it was, an almost unbelievable amount of tying materials, gear, hooks and more for a ridiculous price

Finally the poster got back to me and we arranged a time to see it.  His father had passed and he doesnt fish or tie, so it was time for it to go.

It was bin after bin.  Row after row of just about everything you could think of and a little bit more.

38 full or partial necks or saddles.  Dozens and dozens of threads.  More tools than I could imagine

Did I mention 5 different vices?

If you ever need chenille, v rib or any type of pheasant, I'm your guy.

It really got me thinking about the gentleman that assembled this collection over the last few decades. What got him excited about tying and fishing?   Where was his favorite place to go, what was his favorite fish to pursue?    The amount of materials suggested he was a commercial tier, but his son said it was just his hobby

I found it a bit sad that this man's passion didnt stay in his family but in a way, I'd like to think it did.

While I never met the man, I'd hope he'd be happy to know that all of these items will be put to good use.  I hope to teach my son's on the some of the vices in the collection.  I hope they tie their first crappy, ill conceived wooly bugger with the chenille and saddle hackle that he bought years ago

It's taken me a few weeks to really go through the collection and I'm still not done.  I'm still discovering treasures daily.

Thank you craigslist, you've been good to me.
Posted by Millsy at 6:40 AM No comments: