"Our Two Hands" by BLOODKNOTS

Here's a great upcoming kick starter project that you should consider being a part of.   BloodKnots is throwing their weight into a subject that I hold extremely near and dear.

With regard to steelhead and salmon, don't continue to be a part of the decline.  Saddle up and be part of the recovery
Posted by Millsy at 8:54 AM 1 comment: 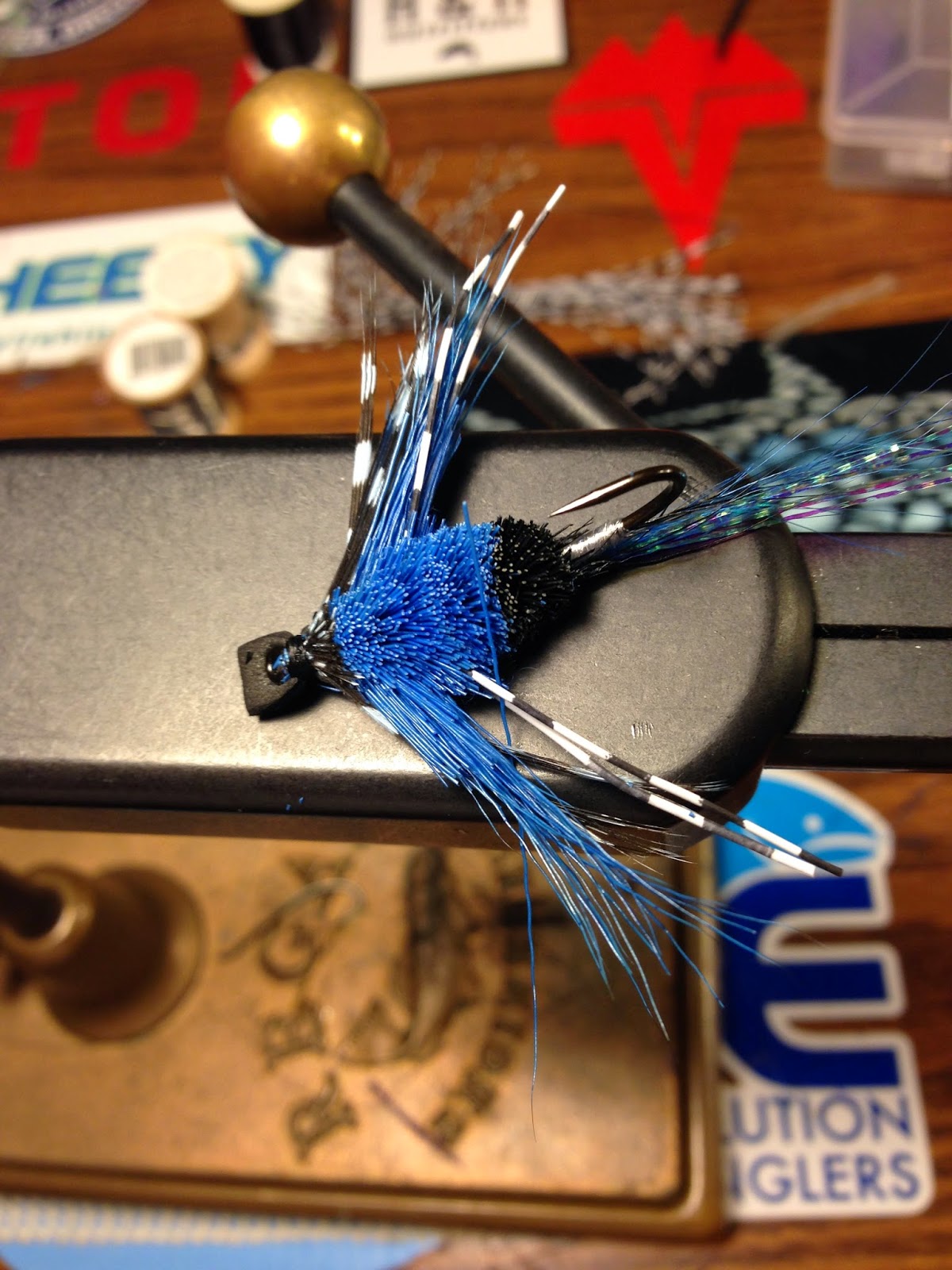 This bug changed it for me

The Ska-Opper turned everything so visual.  Steelhead don't try and eat the bug, utter destruction of the interloper seems to be the only thing on their mind.

Try one....the results can be heartstopping
Posted by Millsy at 6:47 AM No comments: 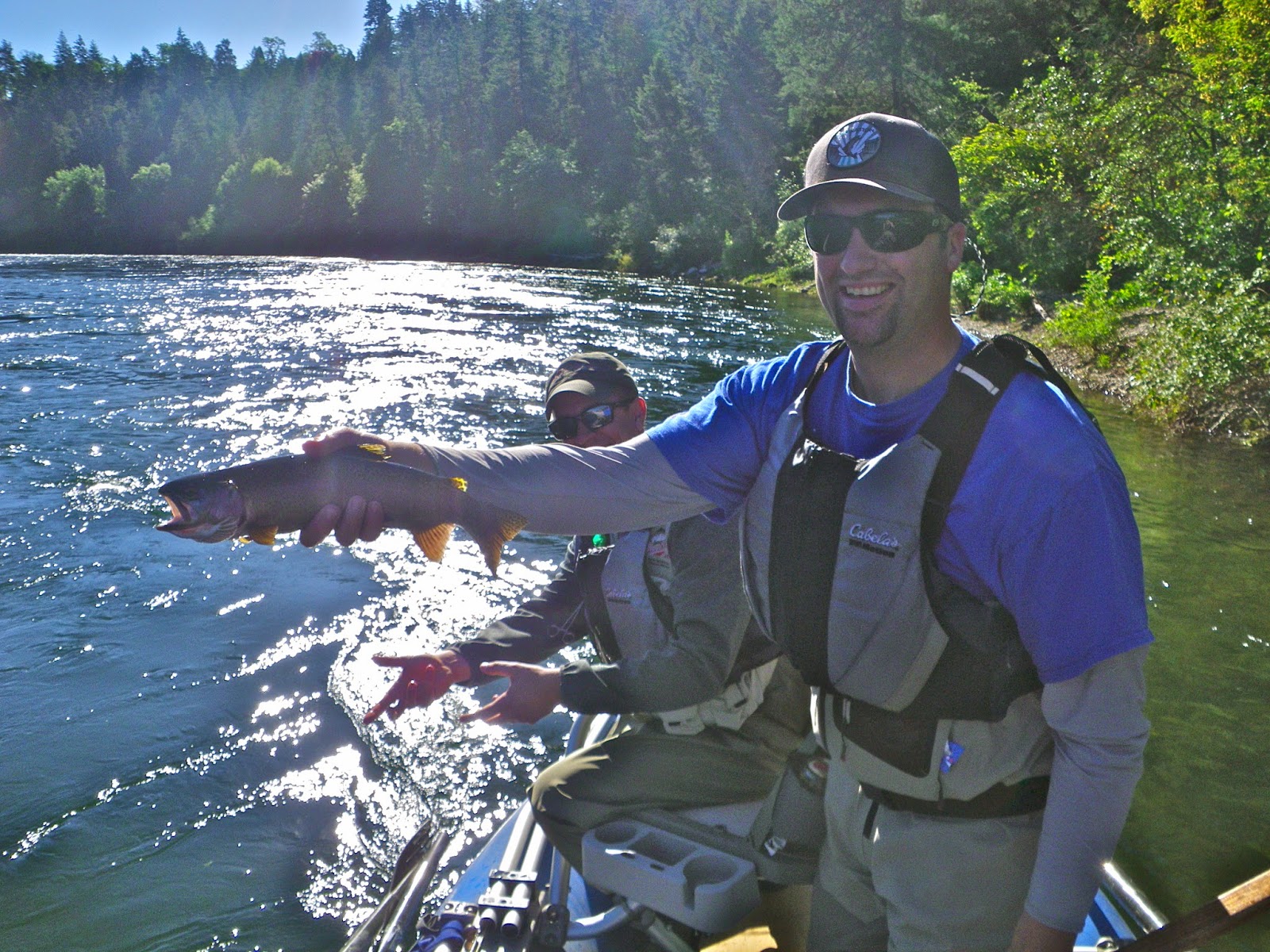 We were shooting through downtown Spokane on the river before most of the city was up. Fishing wasnt great, but the morning was beautiful...so who gives a shit.

Along that day was a great dude who've I've been meaning to get on the river for a long time.  Finally after I get the FB message last week saying this, I knew it was time to get my poop in a group and get him on the boat

The bobber went down mid float and I was fast into a fish that went all types of rodeo on us.  I was dealing with the fish on the wrong side of the boat and anchor rope when "fish on" rang out from the front of the boat.   As instructed, Billy let his nymphs swing out in front and a nice little rainbow just couldn't resist.

I know Billy because I played ball with his brother in college, and we talked most of the float about getting a shot that would make his brother a jealous.  Sibling rivalry is alive and well.

So as we landed both fish, readied for the shot and our other buddy was about to press the shutter

And one half of the hero shot was gone.

Makes for a better story doesn't it?
Posted by Millsy at 6:09 AM No comments: 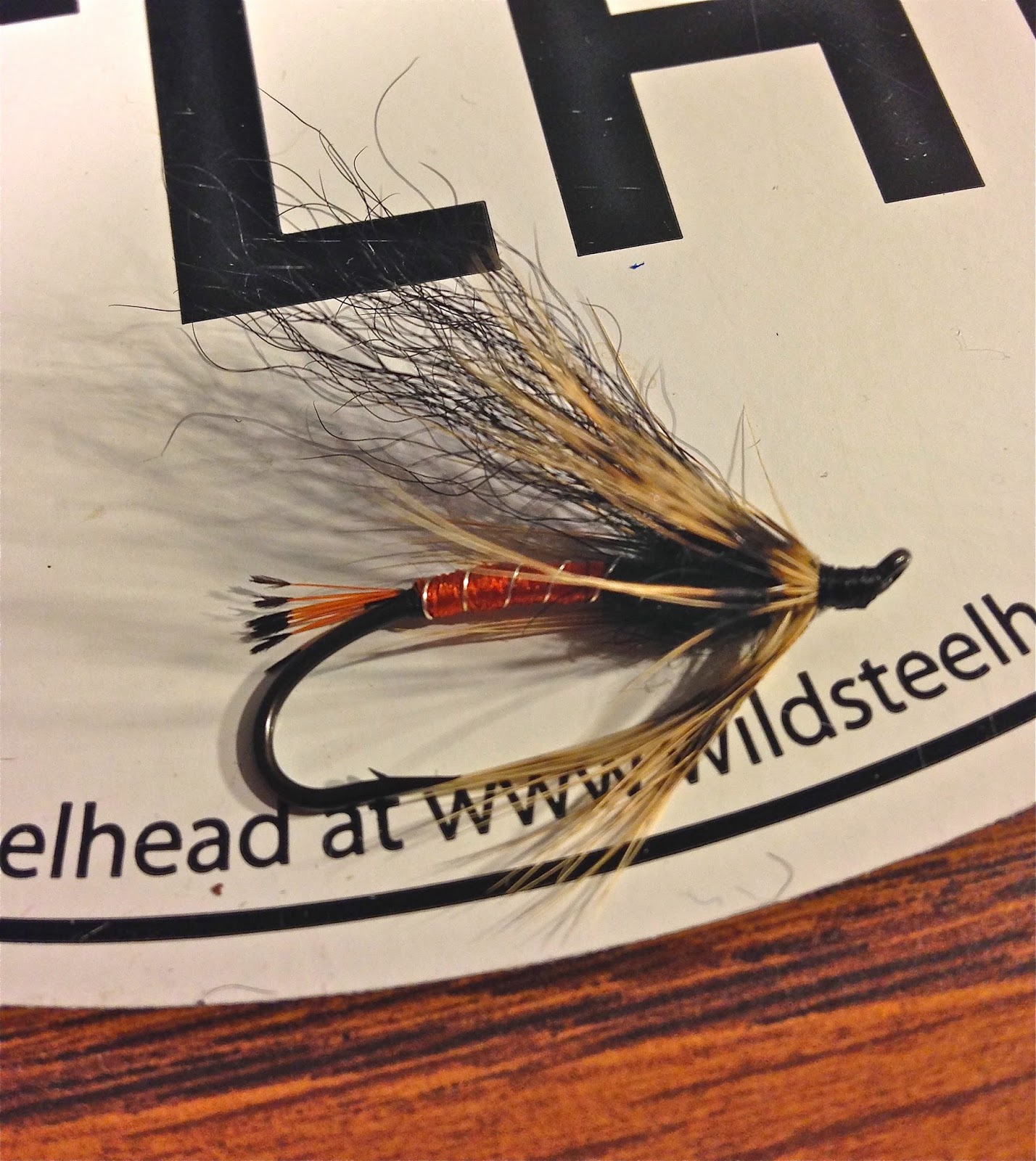 June's a tough month for an inland steelheader...

"yeah, that will hunt"

You can only prep your gear so much, you can stare at the fish counting graphs....you cant make the fish run any faster or earlier

The only thing you can do is wait.

And waiting sucks.
Posted by Millsy at 9:50 PM 1 comment: 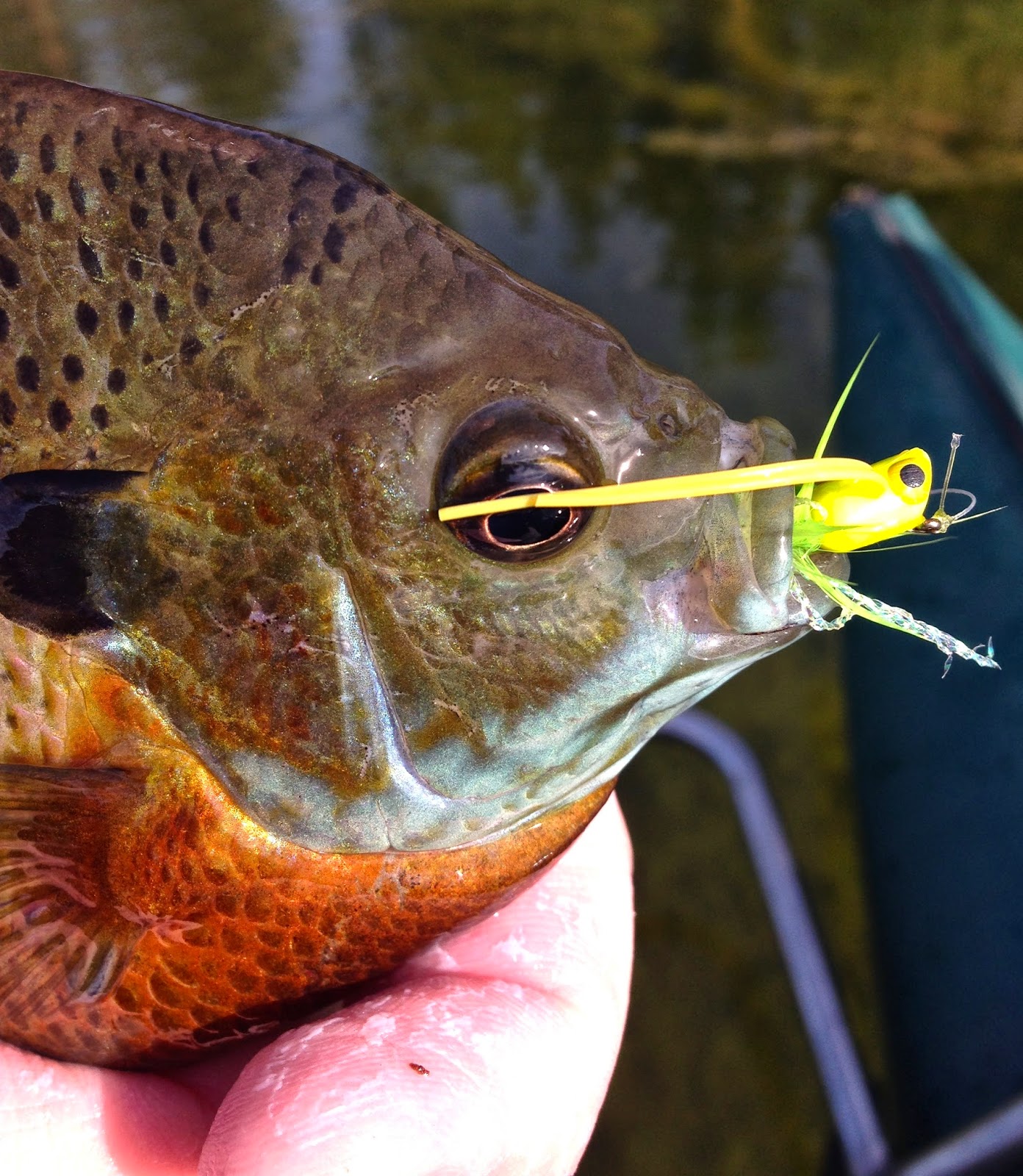 The back bay of a local lake was FULL of them.  Dozens, milling around and oh so willing to crush the little popper on the end of my 4 wt.

As a kid, I was annoyed when I caught these fish.

I wanted bass.  I wanted trout.  I wanted salmon and steelhead.  Big kid fish,  fish that moms and dads, uncles and adults were proficient in catching.  Not these stupid bluegills and sunfish.

To us, they were a bycatch that we had little interest in.

Today, I take solace in their simplicity.  See food, eat, fight far greater than their size should allow.

With kids and work and all the other normal adult mind benders, it's a beautiful thing to sit on my pontoon boat in the post dawn hours of a saturday morning and take joy in panfish.  Watching one slide up under the popper, inspect it and lightly sip it down as if it was a Missouri River trout taking a trico is as fun as it gets...

Having a rough week at work?  Go remind yourself that the kid's fish works wonders for you as an adult.

Posted by Millsy at 7:10 AM No comments: 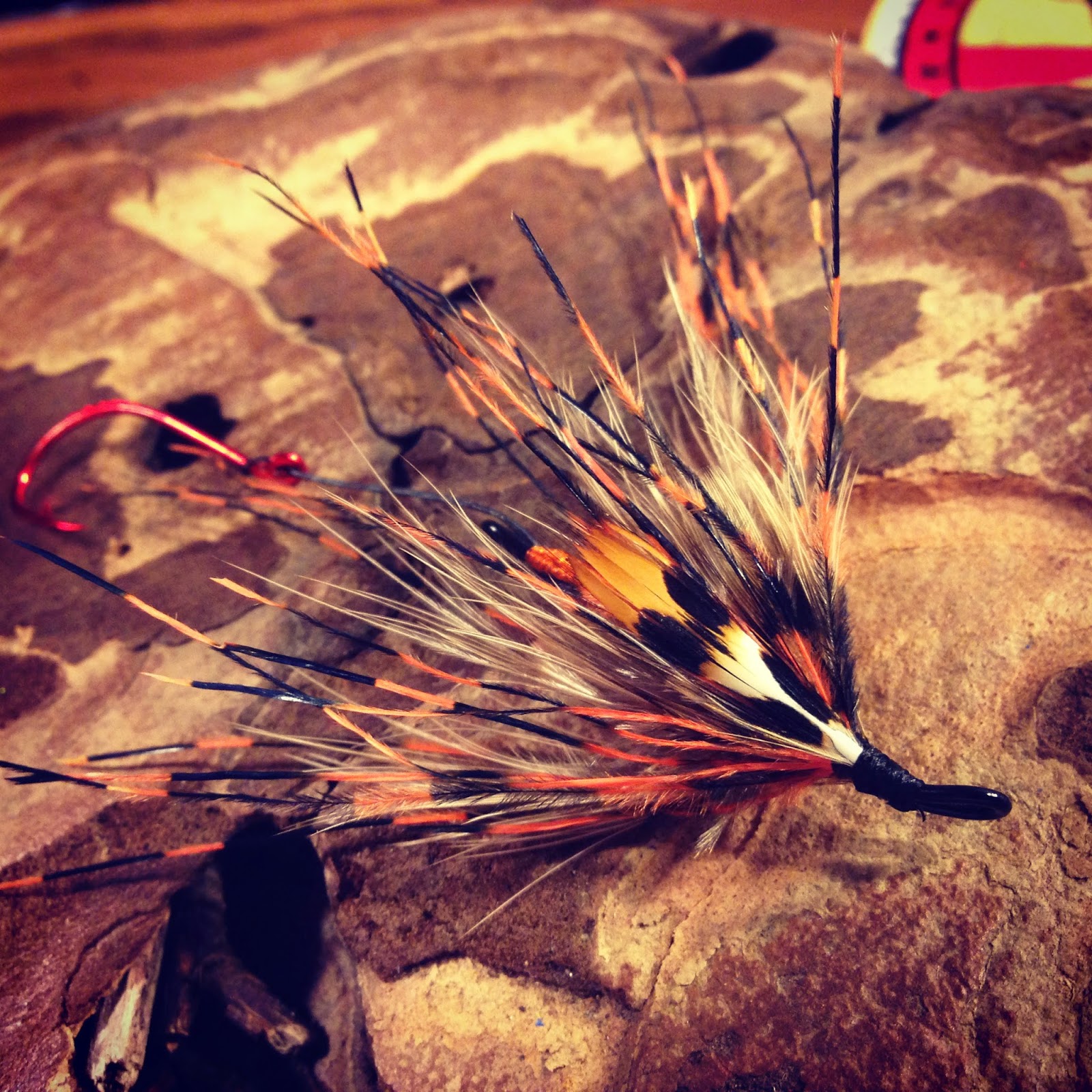 Steelhead off season is time to get funky on the vice, and I've been drawn to the natural colors that fish tend to key into on the Eastside steelhead rivers that we call home water.

Pairing my second love of pheasant hunting, it's quite a pleasure to combine harvested materials and turn them into something that looks very productive

I believe these colors turn on the latent feeding insect that these fish posses.

They want to kill it 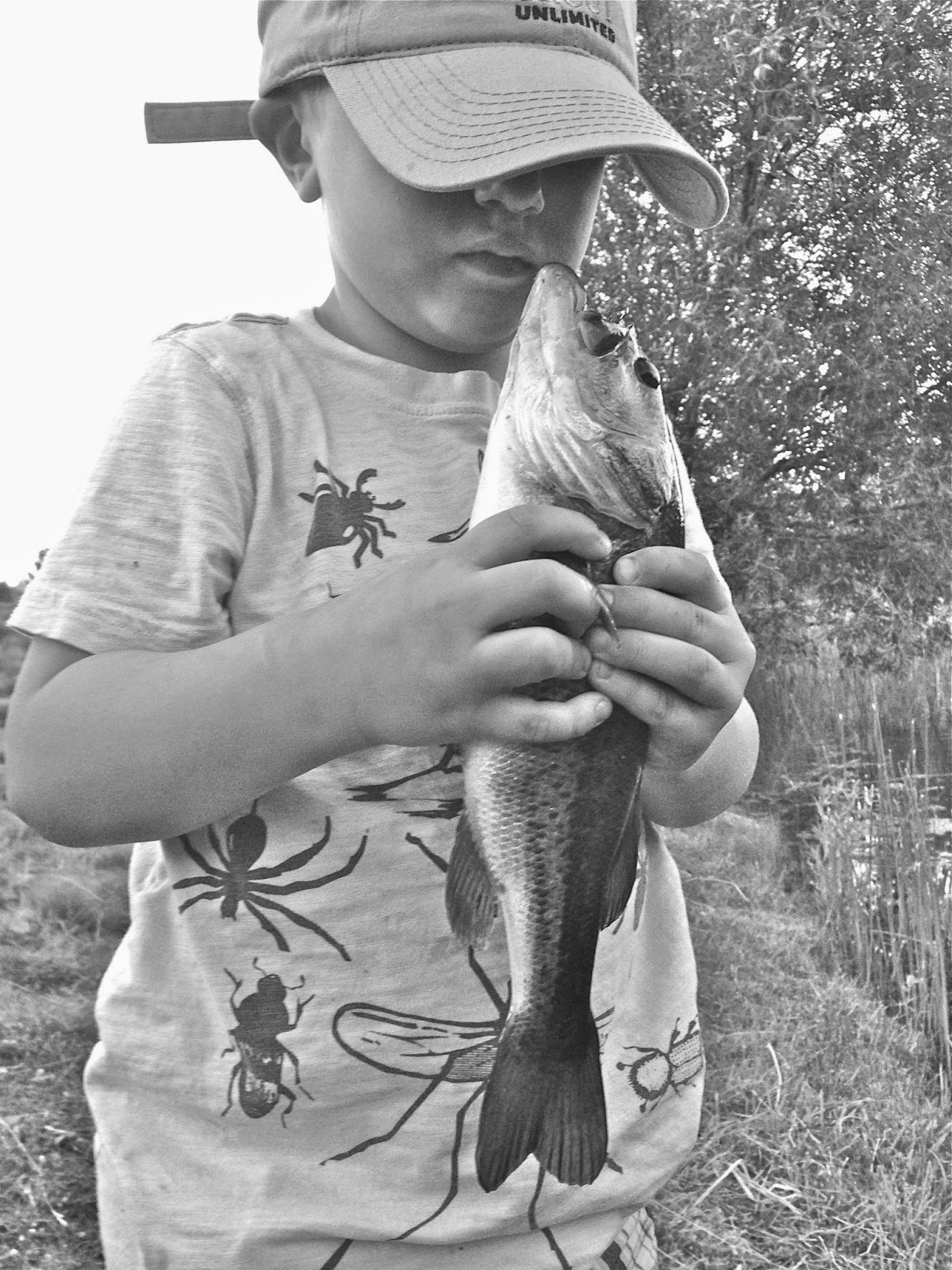 A pretty fine evening if you ask me. 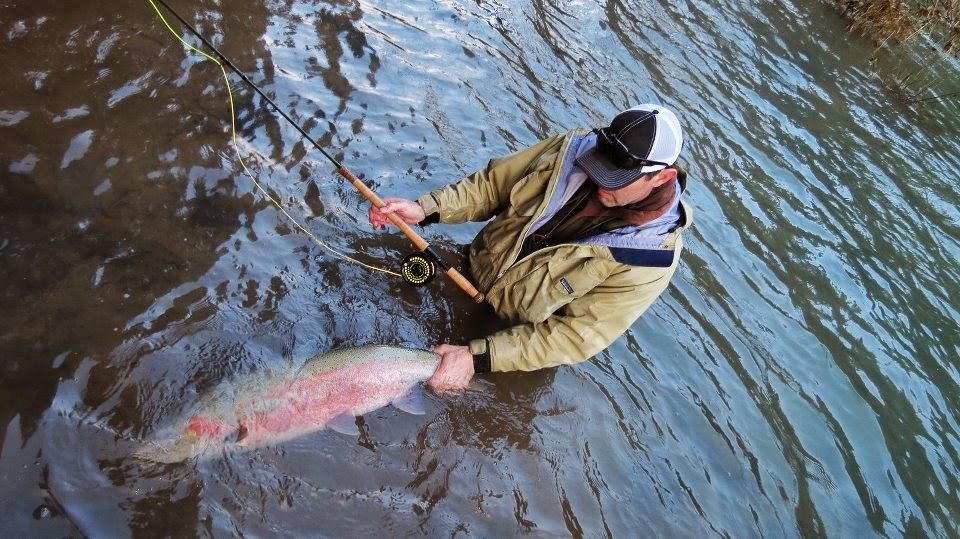 Oregon Department of Fish and Wildlife has scheduled a meeting June 6th in Salem to review the Costal Management Plan in regards to steelhead management in the Umpqua Basin.

While not on the Costal Management Plan, there's an expectation of a large vocal contingent to attend the meeting to voice their desire to open the N. Umpqua to retention of wild steelhead

Here's some action items that if you can, do.

1.  Get over to the North Umpqua Fly Guide's blog and read more in depth about this meeting and issue

2.  Email ODFW and give them a piece of your mind about this BS possibility.     odfw.commission@state.or.us


Do something, now.  While I have never set a boot into this great river,  my greatest desire that even if I never do fish it, I want to know there are places like it that exist and fish into perpetuity.   Once gone, it's damn hard to get it back.
Posted by Millsy at 9:16 PM No comments: 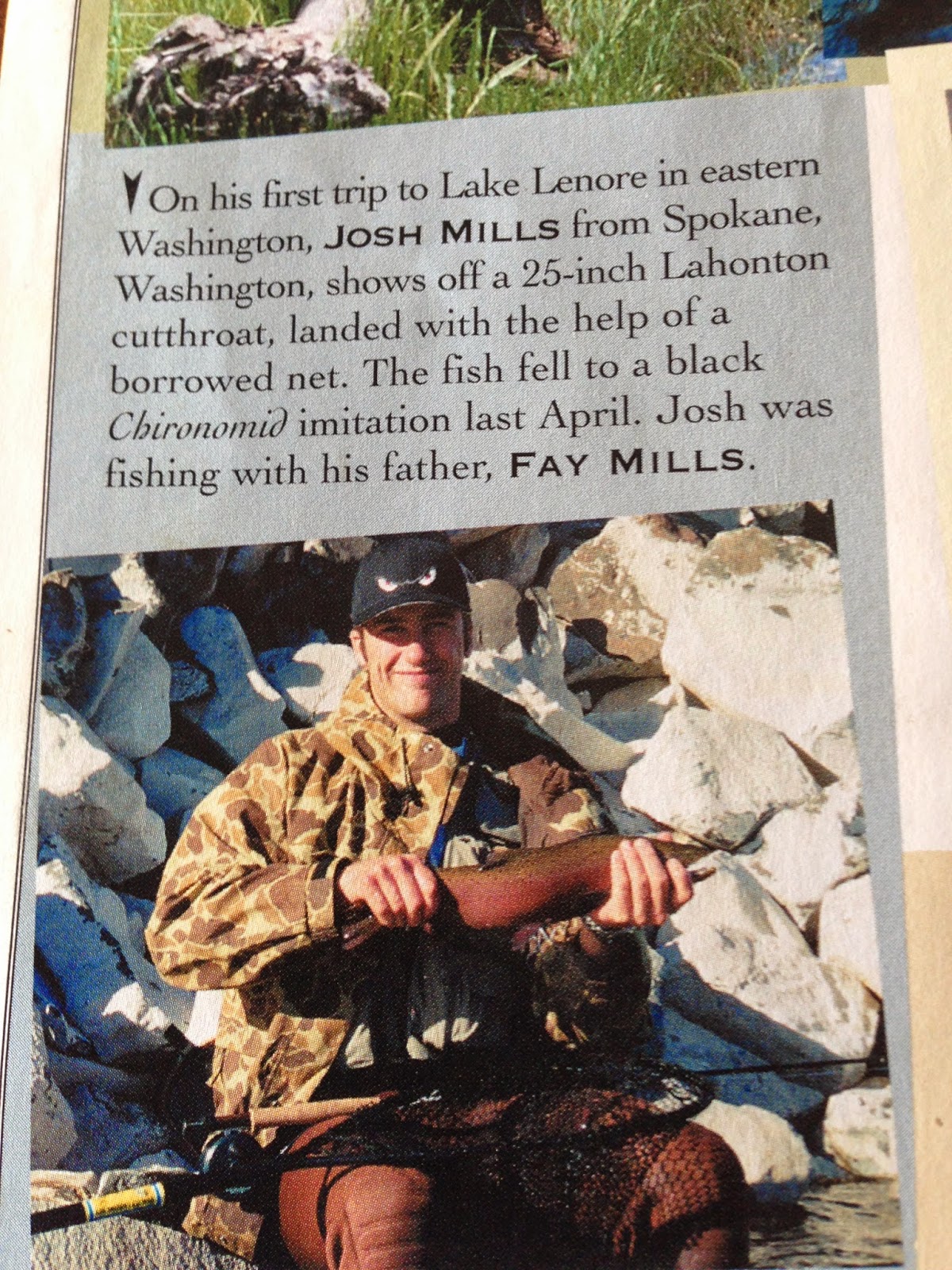 Flipping through the pages of a 2003 Summer edition of the Fish and Fly and I found, well, a picture that makes me laugh

This was really my starting point in my fly fishing journey.  2003 was really the year I fell down the rabbit hole and knew that this was it.

Lake Lenore isn't the prettiest place, and the nasty wind that day had me bobbing all over the place in my float tube.  Frustrated, I jettisoned the tube and took to the bank.  I was so tired of watching the conga line of chironomid fishermen in their anchored pontoons rail on the Lohonton's that inhabit that lake that I was about to say faaaaaak it and give up.

Well, this fish took pity on me and took my bug and went off to the races.  No net and my biggest fish on the fly rod to date thrashing around, I needed help.  Thankfully a kind angler brought me his net and OMR was there to snap the picture.