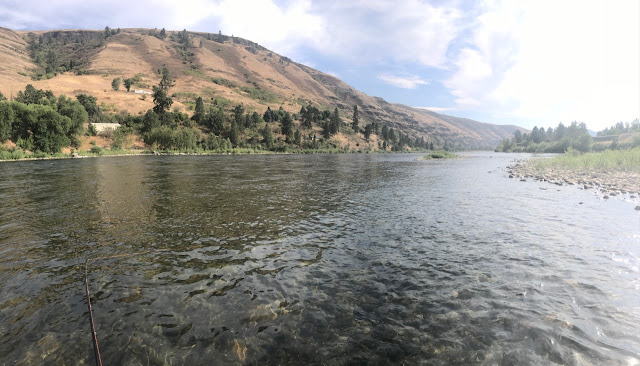 In the midst of the thousands of fruitless casts, some weird stuff pops into your head....

A swinging stream of consciousness...

"This run is so damn juicy"

"It's like raiiiiiiiin on your wedding day...it's a free ride, when you've already paid, it's the good advice"

"Maybe it's time to change my fly"  (said every third cast)

"Shit that was a terrible cast"

"First I limp to the side like my leg was broken, shaken and twitchin like i was smokin"

"Was that a gill flare?.....what the hell am I talking about"

"If I was swinging an bead, I'm sure I'd be hooked up now"

"I should probably skate, I should totally skate"

"Maybe it's time for a rally beer, maybe three"

"Was that a bump"

"Faaaaaaaaaaak, I just missed that fish"

"What run should we go to next"

"Is it October yet"

"It's the good advice, that you just cant take....but who would have thought...it figures" 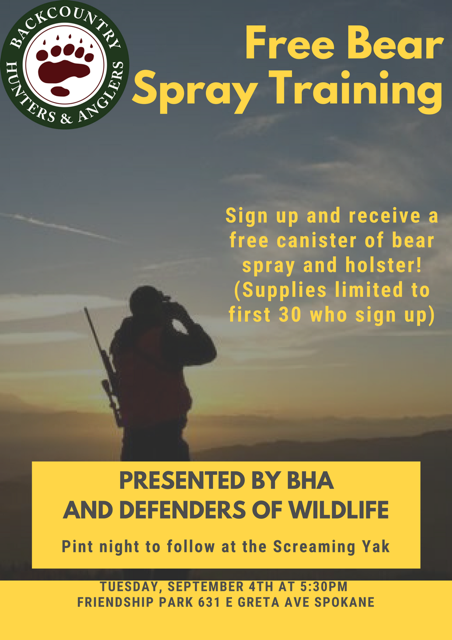 The gigantic crashing of the brush was no more than a hundred yards in font of us in the Aspen grove.    3 big burly men, freaked out....not sure of what it was but what it could be

We showed up in Northwest BC with bear spray on our hips each day we hit the river.  Still, when the woods were telling us something was there, I often wonder now if we would have had the training and gumption to use the bear spray we all held correctly and in time to deflect a bear charge.

Truth be told, we went on the trip and didn't pay a lot of attention on how to use the tool we took with us daily.

Maybe, the old adage an ounce of prevention is worth a pound of cure.

September 4th, Backcountry Hunters and Anglers of Washington in coordination with Defenders of Wildlife are presenting free bear spray training in Spokane.  The first 30 to sign up will get a free canister of bear spray and holster.

I'm excited to be a part of this event, see you there!

Get more info via the training's FB event page

Lastly....join us for a Pint Night at the Screaming Yak after the training!
Posted by Millsy at 8:36 PM 2 comments: 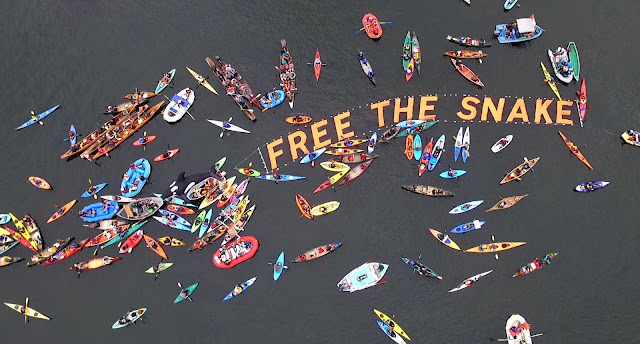 The Floatilla is back...

The 4th annual Free the Snake Flotilla returns September 7th and 8th to Chief Timothy Park just outside of Lewiston/Clarkson.

It's a celebration of what could be if we'd allow the lower Snake River return to it's former glory.

The economic sense for Little Goose, Lower Granite, Lower Monumental and Ice Harbor is hanging by a thread.  So far this year, these dams are operating at a 23 million dollar loss and counting

Over the past 20 + years rate and taxpayers have dropped hundreds of millions of dollars in salmon and steelhead mitigation costs with no real net gain.

What's the definition of insanity?

Last year over 400 people rowed to the base of Lower Granite to express their opinion to the matter.

I am a reluctant activist but I have never been so proud to have been a part of last year's 400.  Watching people from all walks of life come together united in the message.  Farmers, activists, anglers, river runners, salmon and orca advocates in unison....it was something to see.

Will you join us this year?

Register today via the Flotilla web site and join the conversation on the FB EVENT PAGE
Posted by Millsy at 9:38 PM 1 comment: 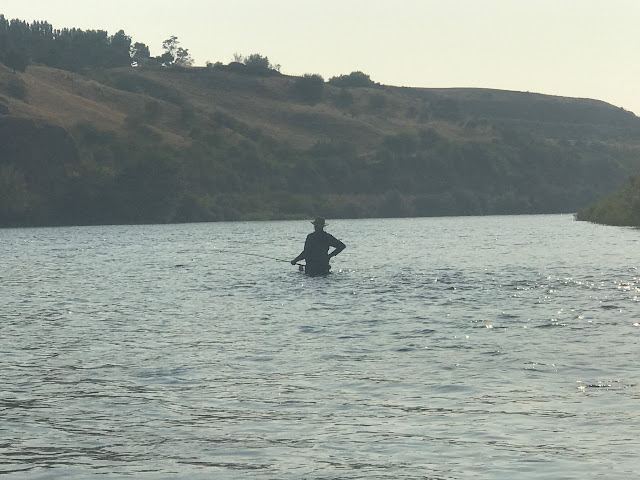 When you're standing in a river waiting for  a steelhead to agree with your presentation, you notice a lot of things that just make you laugh

For the better part of 10 years, this is what I've stared at when OMR is leading us down a run

Make the cast, throw a mend, switch to the left hand and then....

Happy fishing to you all....steelhead season is upon us. 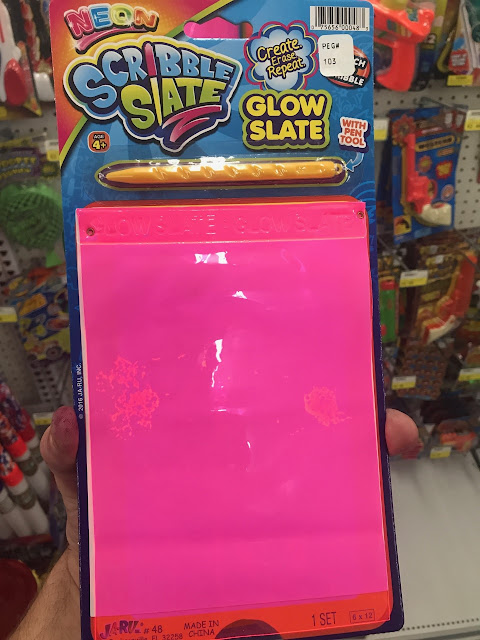 Stay alert fly tiers.  Materials are all around you as long as your looking. 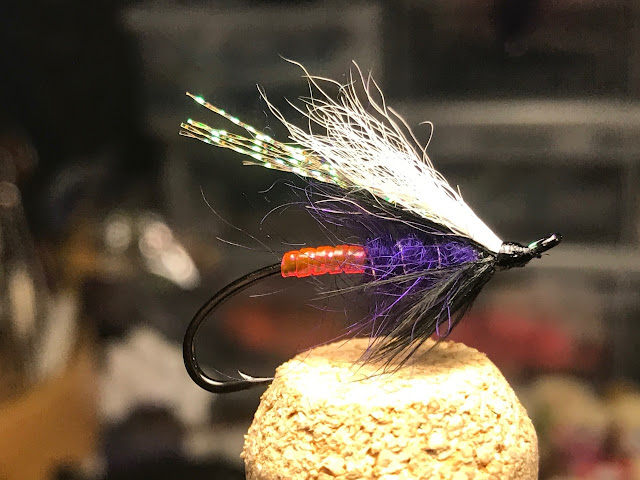 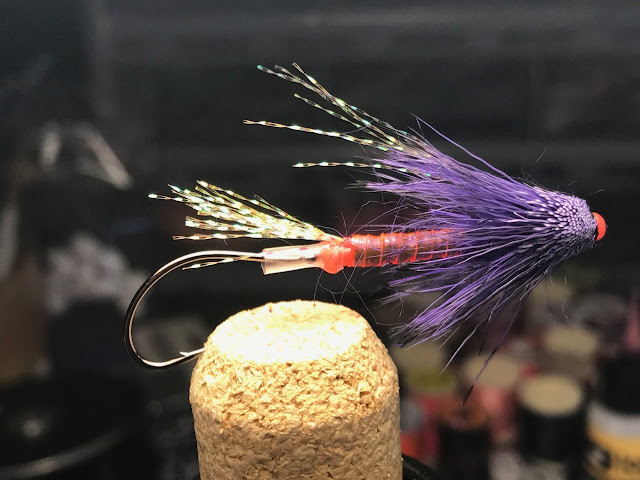 Edgebrite is like a drug to certain sea run fish.

Keep your eyes pealed,  you never know when a score is staring back at you!
Posted by Millsy at 7:00 AM 3 comments: