And Murph Dog Says, I GET IT!! 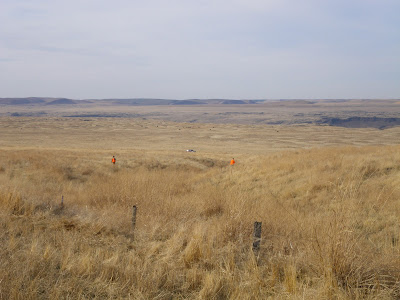 Season 4 of a bird dog's life can be a beautiful thing to witness.

Last Friday, I watched it all come together for Murph Dog.

Gone are the wild escapes of birds sent up by an overzealous pup with nostrils full of a running ditch parrot.  Gone are the continued sprint with head cocked to the sky waiting for that hen to drop out of the sky.  Almost gone is the constant trailing and mirroring of the other dogs in the effort to learn

Murph has graduated, she gets it. 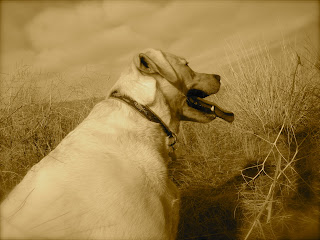 After we hunted the first piece of cover d in the morning to alleviate the nervous energy, the dogs shifted into their hunting pace.  Back and forth their worked the ground in unison between gunners, and soon roosters were on the ground to showcase their hard work. 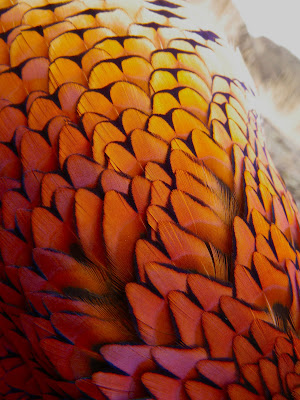 Murphy has shown great promise since her first season in the field.  Generally she stays tight and works hard, but most of the attention we gave to the dogs focused in on Dakota, OMR's veteran pheasant sniffer.  She's a machine that works at a methodical pace and you absolutely know when you better be ready because her birdy clues rairly, if ever fail to produce.  You can read her like a book

This particular day afield, halfway into the canyon stretch of property we have access on, I watched it all click as well for Murphy.

Both dogs instantly got hot in the normal spot and birds rocked out of the cover.  More weight was added my bird vest and we continued on.    A few hundred yards later I separated from OMR and Kevin, taking Murphy up a draw ourselves.

From that moment, her nose alternately went from ground and into the light breeze and I knew she was on a bird.  The pace picked up and we swung back up to meet Kevin and OMR in the main path of the canyon.  At that very moment, Murphy dove into a patch of native grass and up rocked up a cackling rooster giving me the classic going away shot that all pheasant hunters dream of.

One report of the Ruger Red Label 12 gauge and Murphy was soon hovering over her prize.

50 yards later a rooster surprised Kevin and I with a wild flush.  Over the top of a basalt column chased by two quick shots the bird roared.  A possible hit sent Murphy and I up over the top to a piece of cover that might hold the wounded bird.

After a quick approximation to the landing zone, Murphy locked into the birds sent.  Following it for about 200 feet,  a quick shot and retrieve gave me my limit. 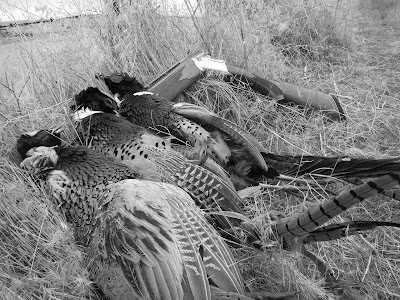 The day continued with success.  Kevin got his first ever rooster and plenty of prime pheasant dinners were added to three families dinner table.

A beer at the end of the day at the truck and we all came to this conclusion;