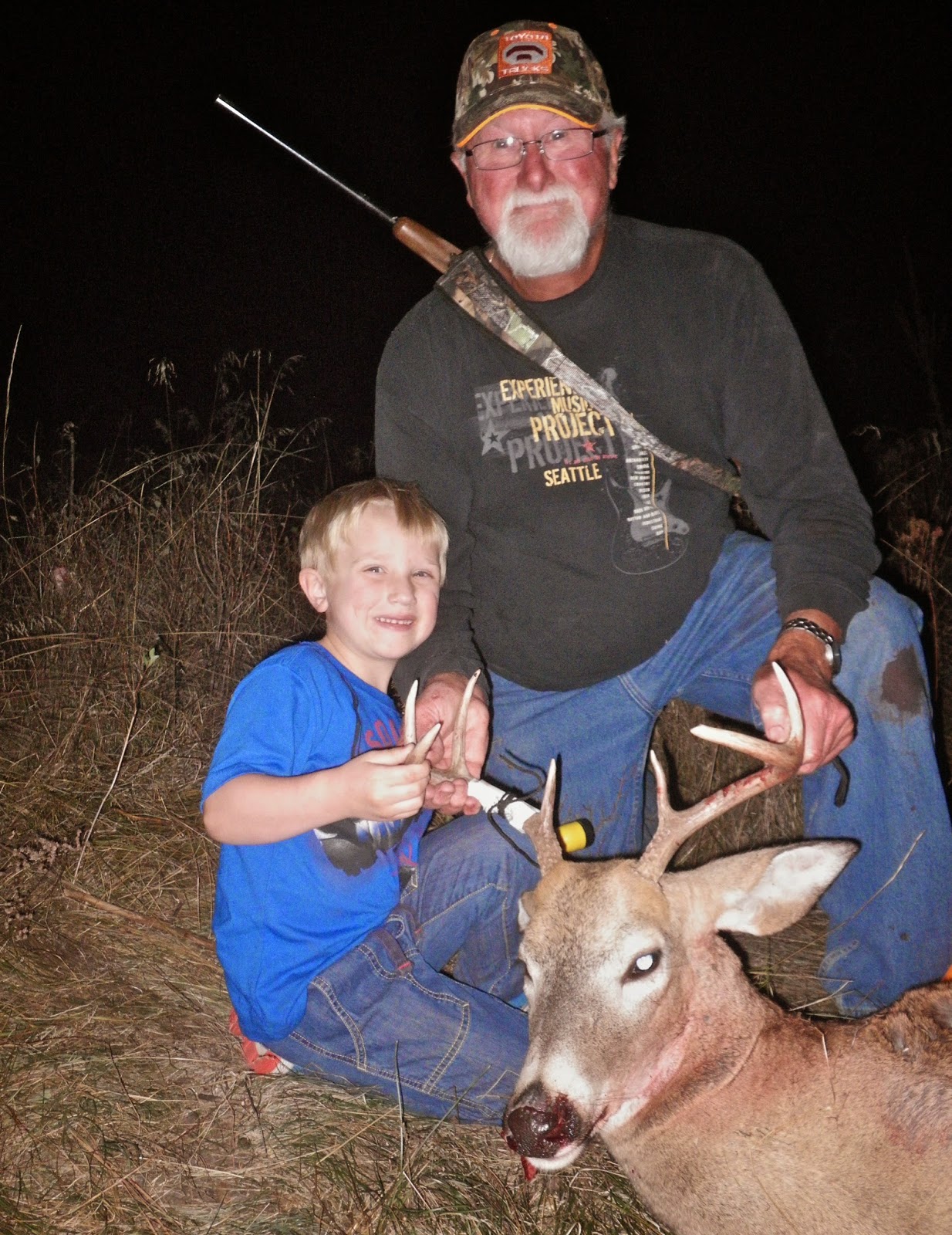 You cant tell a 74 year old deer hunter to stop hunting by himself, but you can tell him that if he get's a deer to call you to drag it out.

I was almost home when I got the call that OMR had a buck down.  Within 10 minutes, Big C was scooped up with an on-the-go dinner and we were headed northward to help with venison retrieval.

His face said he was tired, but happy and proud non the less.  An experience with heat stroke early in hunting season made him realize that he couldn't do what he once thought nothing of,  but this buck's death reaffirmed and reacquired his mojo.

We set out to the deer, 3 generations of Mills boys with flashlights lighting the way.   Concerned grandmothers and moms weren't quite sure it was a good idea to bring a boy just shy of 4 into the deep dark woods to help drag the deer out.  I couldnt think of anything  better.   My childhood was full of times like this and I count not deny my oldest boy the same.

He took to the trail with excitement and wonder.  He held the hand of "Poppa Fay" and was a continual stream of questions that grandpa was happy to answer.

We reached the deer and  my son's wonderment reached next level.  I looked at the deer with resignation and said "shit"

It was a damn fine deer, a damn heavy big bodied mature deer.

We were almost a mile back in the woods when I put a rope on the antlers and began the drag.  Each successive hogback and small ridge made the deer a couple pounds heavier.   The fall pine needle drop made going uphill like skating on ice at times.  We made progress and  let's say that crossfit has nothing on this particular workout.

The last field was reached and OMR joined the push to the truck, dragging the deer with me.  It was a happy, proud and tiring moment.  Three boys on an adventure.  One just starting his outdoor experiences, one in the middle and one nearing his eventual end afield by himself.

The tailgate slammed in my truck and the job was complete.  Big C was asleep 5 minutes after we hit the road, and OMR was a happy hunter.

I was tired as I could get, but the experience of operation venison extraction was just plain awesome.
Posted by Millsy at 6:11 PM