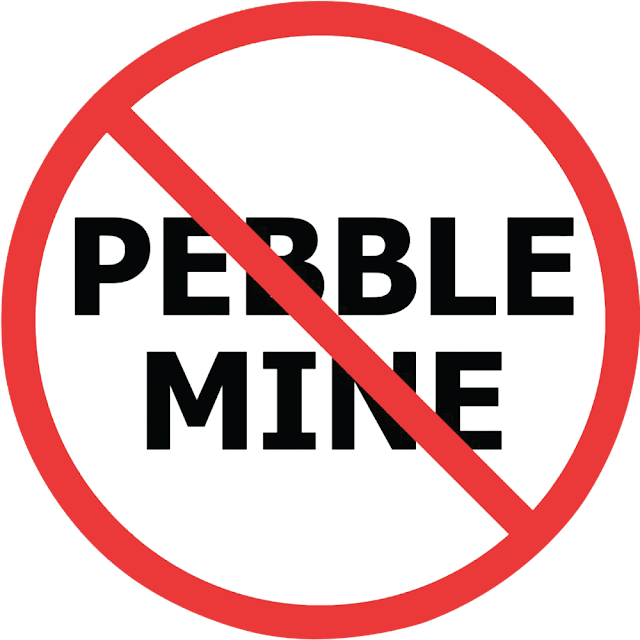 This damn mine has more lives than 10 cats

Thanks to the morally corrupt administration and EPA head Scott Pruitt, the shuttered plans to create the biggest open pit mine are now alive again.  Yeah, that mine.

The one that threatens the fishery in Bristol Bay.

The ecosystem that 49 million salmon were sustainably harvested in last fishing season.

The rivers and creeks that sustains dozens of lodges, jobs and fishing economy

It turns out that a small gift has dropped in our lap, with Pebble Mine CEO John Shively will be in Spokane Tuesday afternoon speaking to a mining group and it's time to voice our opinion of his mine.

I've never been to Bristol Bay.  I've never fished the Kvichak, Naknek, Nushagak, or Alagnak, but I'll be damned to sit by on the sidelines knowing that they could be destroyed with this mine

As we've always said, it's the wrong mine in the worst possible place

So join Tuesday afternoon as we peacefully and respectfully voice our opinions at Shively's speech.  Directly after we will be showing Red Gold, the award winning documentary from Felt Soul Media that shows just what we stand to loose.

Here's the link to the FB EVENT, hope to see you Tuesday night.

Labels: Fuck Pebble, No Pebble MIne