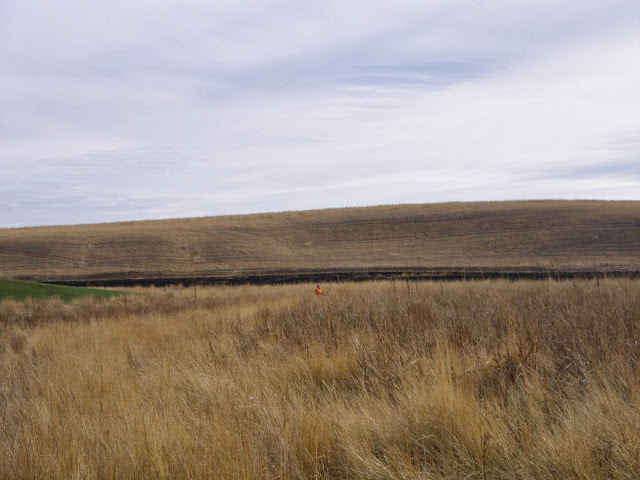 It's never the shots you make that you remember, it's the ones you screw up that rattle around in your brain forever.

We approached the small patch of cover without much hope of it having a bird or two in it.  The quick stroll to the end of the tall blonde grass and the little german shorthair locked on point. With two guns into position, the crazy lab came and and combined with the pointer, up came a monster ditch parrot.

Veering to the right and into my shot lane, I gave it the two shot salute from my under over and away it kept flying.

It was one of those shots you have no idea how you missed.  Going up and away, I've made that shot so many times it feels routine.

But alas, it wasnt.

Late season roosters are no joke.  Combine that with a bad hatch this year, easy shots are few and far between.

Misses are the shots that get you back up early for redemption.    Missed shots are the ones that keep things interesting.

If you made all your shots, birds on the ground and in the waiting mouth of your dog wouldnt be as special.
Posted by Millsy at 7:09 AM