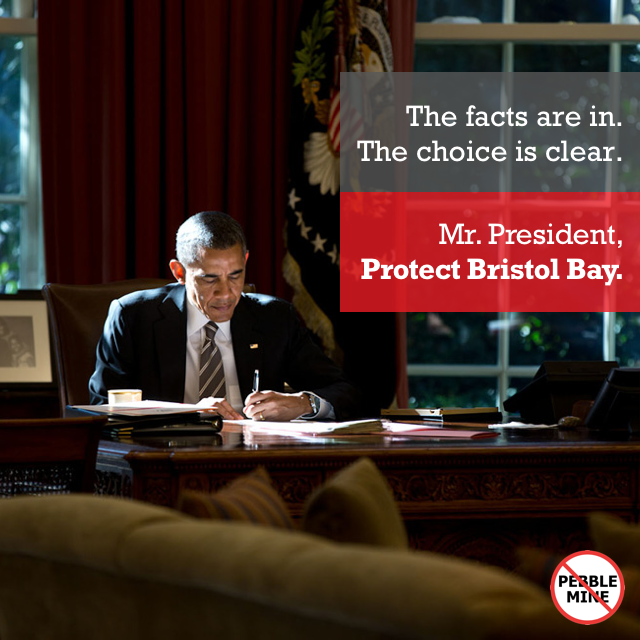 The EPA's final draft assessment of the proposed Pebble Mine's impact on the Bristol Bay region of Alaska is in and it's as suspected.  If the mine goes in as proposed, significant and irreversible damage will be done to coastlines, streams, wetlands....you name it.  The 37 million estimated returning sockeye and other anadromous fish will be drastically put in the crosshairs.

Read more here from the EPA report itself


Ladies and gents, this isnt the finish line.  Join Trout Unlimited's push to get this in front of our representatives and the President himself to put this issue to bed once and for all.

CLICK HERE to send the letter already drafted for you that clearly outlines what should be done.

The mine's financial backing is wavering.  After $571 million invested, Anglo American pulled out. Rio Tinto is on the verge.