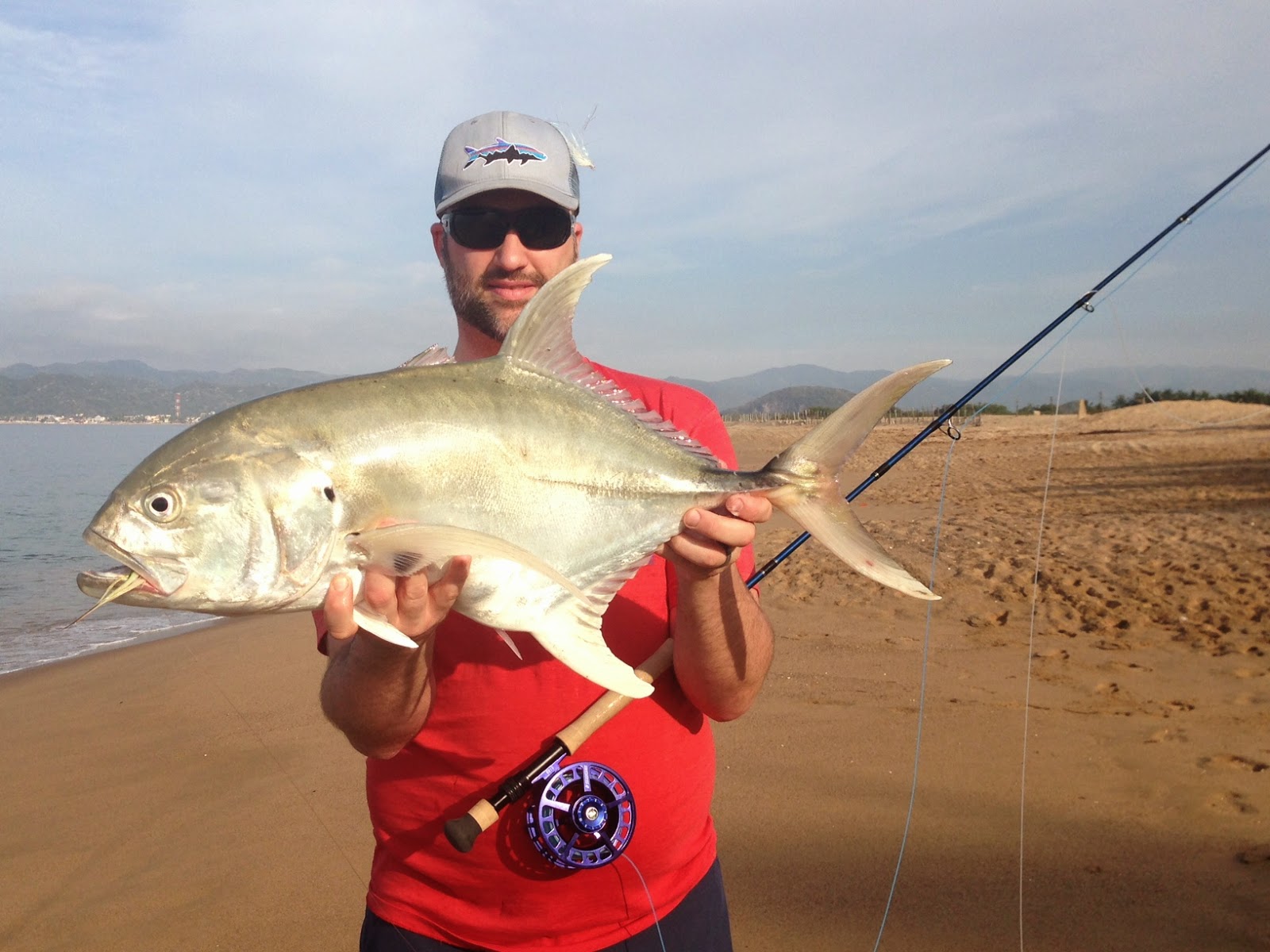 Fish that live in tropical salt water seem like they're dipped in rocket fuel and given a case of redbull before they eat.

Needless to say,  the gear you need to fish for them are a slight step up from your every day 5wt.

Before my recent trip to the East Coast of Mexico, I was given the opportunity to test drive this set up


My other salt experiences centered mostly around bonefish and tarpon, so this deal of standing on a beach getting pounded by the waves with a what other fishermen considered a "silly little stick" felt a bit daunting

The third morning I was absolutely trucked by this Jack in the picture above.  It proved to be my only fish from the beach on this family vacation but it gave me a solid feel of this rod reel and line combo

Here are my top observations

1.  The ocean is daunting, so you end up blind casting a ton when you dont have birds or surface activity. The 10 wt Salt felt like a 7 in hand, but has a ton of backbone.  Casting fatigue was limited which helps a ton

2.  The line combo was perfect.  One of my Jedi salt fly fishing buddies recommended to size down on the RIO Outbound as the 10 wt line was too much for the 10wt rod.  Very true.  I could see how the additional 50 grains from the 9 to the 10 could throw this set up off.

3.  Without a good reel, you're not going to stop these fish.  Seriously.  The 6000 series was set to the nuts when the Jack took it's runs and it still did everything it wanted to and then some.  That's no detraction from the reel as I don't think there's a reel out there that can do much better.  The test is that after the big time runs, is the reel functional and in once piece.  Don't bring a plastic reel to Mexico, just don't.  Bring the big guns as you're going after fish that potentially are in that "lifetime" category

4. Solid side note.  If you're going to Pacific side of Mexico, consider bringing a stripping basket.
The only consistent issues I had was in battling the surf, the line would wrap around my legs and detract big time from casting distance.   A couple of times I had moving bait balls rolling by me and I'd get one good cast into the school only to be followed by the line into my toes and my ankles.  In an instance, the bait fish and the subsequent ocean thugs that follow them were gone.

5.  Solid Side Note 2, practice before you go.  If you're normally a trout guy and a 8 weight is big, a 10 wt does take a big of getting used to.  Additionally, if you've never fished with shooting heads and you plan on using a line like this....make sure you know when you practice as to where the line loads the rod.  Being quick with the line and your casts often means everything when the fish are flying by you.  Double hauls are a must and the ability to go from nothing to a 60-80 foot cast is HUGE. Repeat, HUGE.


I felt a solid gear lovers twinge when I had to send these items back.  Fishing with this set up for 10 days made me realize even more than I already knew that solid fly rods, reels and appropriate lines mean the world when your standing in front of a large ocean and waving a silly little stick
Posted by Millsy at 11:22 PM