Oh how the tide has turned in the conversation of dam removal.

The Bonneville Power Administration, U.S. Army Corps of Engineers and U.S. Bureau of Reclamation announced hearings seeking public input to develop a new plan to save endangered wild salmon and steelhead in the Columbia and Snake Rivers in the Pacific Northwest. The new process comes as the result of a U.S. District Court ruling last May siding with fishing businesses, conservation groups, clean energy advocates, the State of Oregon, and the Nez Perce Tribe that found the last federal plan for protecting endangered fish fatally flawed

Federal agencies have been kicking the can down the road for decades when the question comes up regarding the feasibility of removing the lower 4 Snake River Dams.  Court ruling after court ruling have pushed plan after plan back to the drawing board and last May's ruling finally chided the feds for the continued repackaging of a nonworking plan.

For the first time in 16 years, public comment is now being requested on what should be done with these structures that have to most, outlived their working purpose.

If you fish, hunt, live and or value healthy working riverine ecosystems, it's time to show up to as many of these public meetings and voice your opinion...LOUDLY 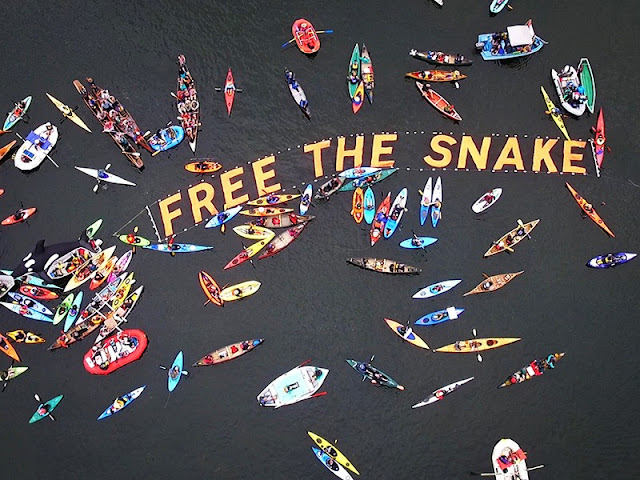 Let's let some of the best anadromous fish habitat do it's job by giving the fish an easier path to get there.

Let's reap the economic benefits of a health river system.

Let's show up in droves and voice our opinions

Hearings begin on Oct. 24th in Wenatchee and roll all the way through December, ending in Astoria, Oregon on the 8th.  Find the nearest one to you, go to as many as you can and invite all you can.

This is a monumental opportunity, dont let it pass you by