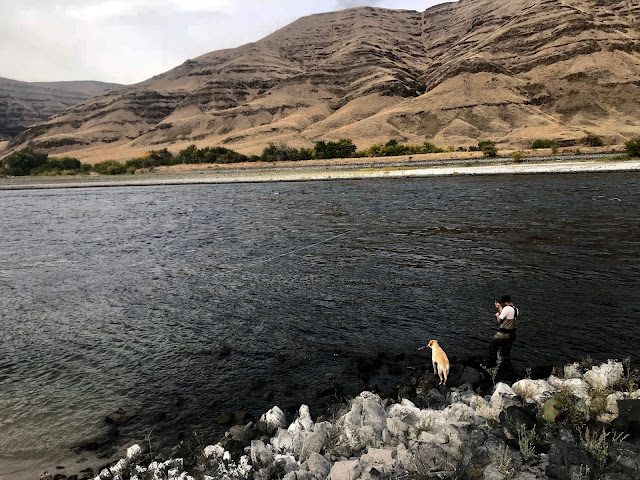 According to Wiki, really, really unlucky

The number 13 is considered an unlucky number in some countries. ... Fear of the number 13 has a specifically recognized phobia, Triskaidekaphobia, a word coined in 1911. The superstitious sufferers of triskaidekaphobia try to avoid bad luck by keeping away from anything numbered or labelled thirteen.

Combine 13 with steelhead, you got a doozy

I've got the chance to meet a lot of really great people within the steelhead world and Travis is right up there.  He's one of those guys who just exudes positivity and has a very creative lens he looks at the world through.  For the past 3 year's he's fallen down the steelhead rabbit hole and he burns up the road between home in Missoula to swing water across the west summer, fall and winter.

Steelhead can be an un-reciprocating lover.  Spend all your time thinking about her, planning trips, wrapping bugs and the like with sometimes nothing in return.  Couple that with low returns, the scales sometimes have a tough time tipping in your favor.

So back to 13.  Travis was on an unholy 13 day unlucky bender of a streak with no love back from his quarry.  13 days staring at the water, watching his swing and questioning everything he's doing.  It's a fertile ground for fishing insanity.

When it all lines up to break that streak, how sweet it is.

Throughout it all Travis kept his positive attitude and fly in the water.  I was fortunate to be standing behind him in the run when the picked up the bug and ran, hard.

The best way I could describe the next couple minutes was focused giddiness.  The tension of 13 days gone, replaced by elation.

The dam had broken and all the pent up frustration was elevated.  Travis cradled the steelhead, paid his respects and sent her on her way.  As the tail flicked and she rocketed off, he shouted his happiness with fists raised to the air

13 days.  Sometimes time is the only penance to solve the solution