James Redden--"Take The Dams Down" 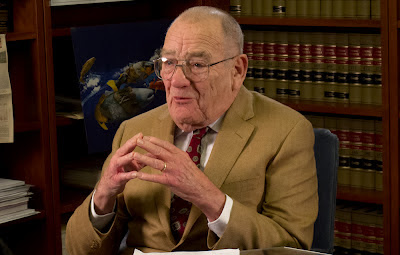 From Save Our Wild Salmon Inland Northwest Director Sam Mace--

"Perhaps more than any other individual in the history of the Pacific Northwest's dam building era, Judge James Redden altered the course of salmon recovery on the Snake and Columbia for the better. From his position as a US District Court Judge in Oregon, Redden has presided over much of the long running legal battle which has pitted fishing groups, tribes and conservationists against the federal government and the entrenched economic interests in the Columbia Basin. With wild salmon populations in the Columbia teetering on the brink of extinction in the 1990's Redden took the case during a time of crisis and the decisions he's made during the course of the last decade, including court mandates for spill during the spring outmigration, increased monitoring and adaptive management, and improved habitat mitigation efforts have led to dramatic improvements in many populations of wild salmon in the Snake and Columbia Basin. Now in his early 80's, Redden stepped down from the case last fall, leaving behind a tremendous legacy of holding the federal government to the highest legal standards with regards to their responsibility to endangered salmon in the Columbia.

Having stepped away from the case, Redden is for the first time making his personal opinions public, and in a recent interview with Idaho public television Redden stated emphatically what many have long known; we need to take the four lower Snake River dams down."

Weird, let a river behave like a river and the fish respond.  Classic case of letting nature do it's deal, and look what happens....

Thank goodness Redden was around to force the powers that be to become good stewards of our rivers.  Here's to him, and his judicial legacy he's leaving behind
Posted by Millsy at 10:23 PM