Blast From Conservation's Past 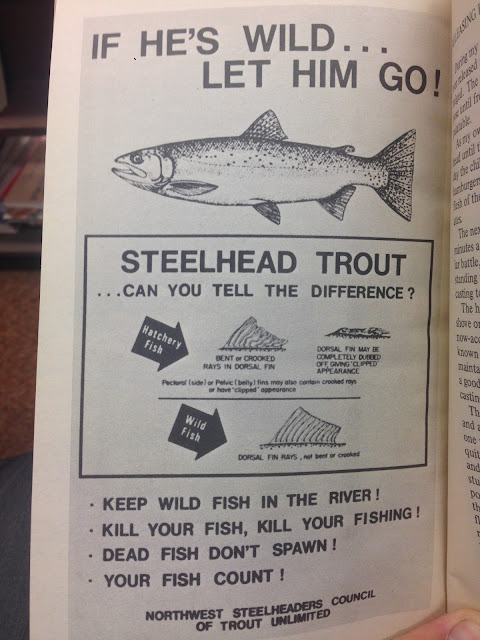 Down in a dusty basement of a second hand book store, I found this gem of steelhead conservation's past

The book, Fly Fishing for Steelhead was written in 1982 by Bill Stinson, was more of a how to guide but you can see that even back then people understood that there was trouble on the horizon.

Asking around through the network of steelheaders I know, this poster was first used in the early 80's on the Washougal and Wind Rivers in SW Washington and created by Bill McMillian, Clark Skamania Fly Fishers and WDFW.

It must have been so counter culture to stick your neck out and promote conservation like this back then.    Good on them for starting the fight.
Posted by Millsy at 4:49 AM