Never Trust The Dude In The Vest... 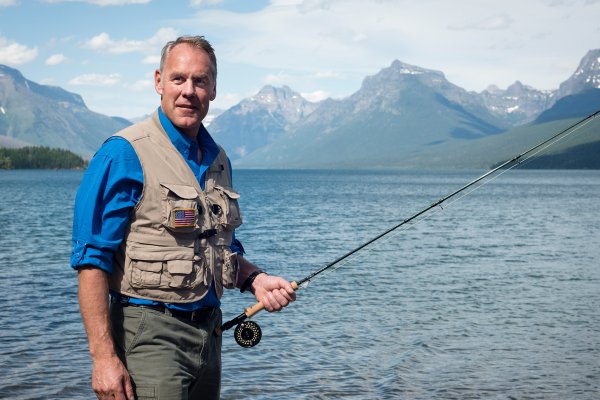 The running joke in my fishing crew is that I never trust a guy in a fishing vest.

But Secretary of Interior Ryan Zinke is doing his best to reinforce the joke as truth.

For the first time in 106 years, our government is reducing a federal national monument.....thanks to Trump and his public lands henchman, Ryan Zinke

At one time, I sat across the table from him and listened to him extoll the virtues of public lands and I believed him.

Today, I am disgusted by the reduction of Bears Ears and Grand Staircase Escalante.

Shame on you Utah

Shame on you Zinke

Take a read to this insightful article from Outside Magazine, and here's a great section that really tells the truth on the fraud that Zinke is....

3 lawsuits filed already today to block this action.  Saddle up.
Posted by Millsy at 10:39 PM