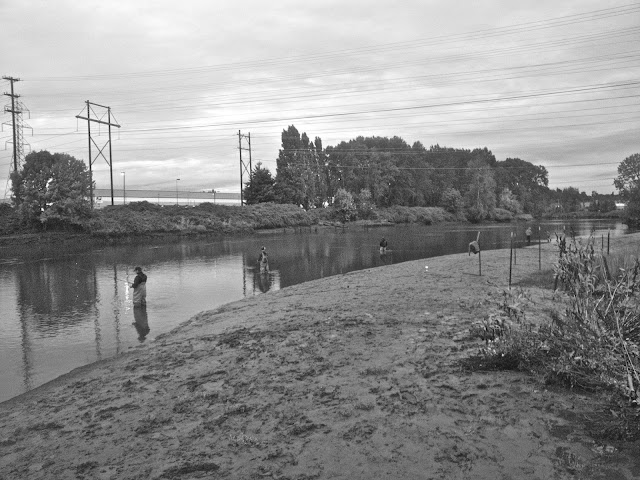 The romantic mental picture of fly fishing for salmon

The Duwamish River is not that.

Jets overhead, the backup noises of semi trucks, strange industrial smells all wrapped together in the midst of a superfund site where $342 million bucks are being applied to clean up the mess of decades past.

Still, when dozens of schools of pink salmon cross your path, it's impossible to not get excited.

It speaks to the amazing ability for salmon to continue in the face of such muck and slime.   Millions will pass through the Puget Sound and along with that, thousands of anglers will chase them 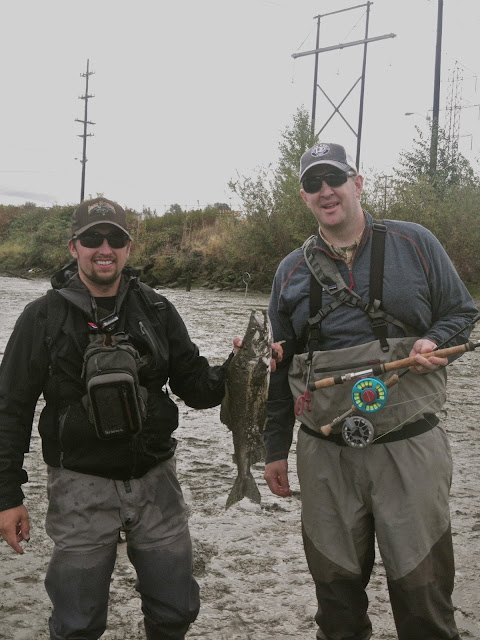 Like our 4 fly fisherman in the midst of buzz bombers.  Just a bunch of buddies out at dawn looking for a pull or two.   So maybe the romantic notion of fly fishing for salmon exists.   The setting may not be pretty, but the chase remains the same.
Posted by Millsy at 9:53 PM