The Wrong Set of Horns 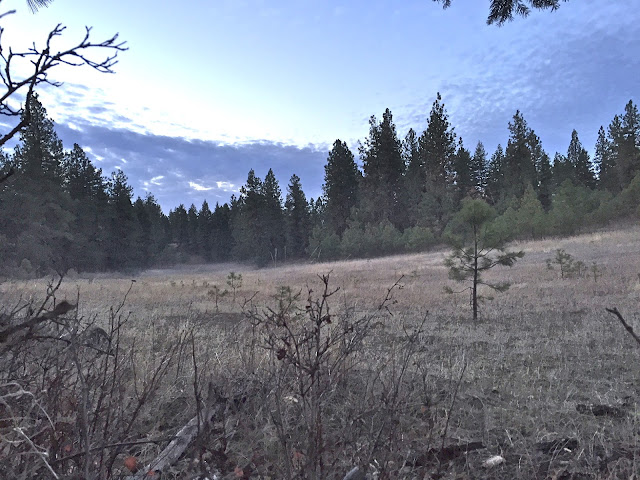 The spot was perfect.  The rut was on.  The weather was hinting at a turn for the worse meaning that the deer on this particular property would be on the move.

Shoot, I saw one of the biggest bucks of my life on the drive to the property, cozied up with a special lady friend trying to whisper sweet nothings in the pre dawn light.

It was about to go down!

Horns be damned, I just wanted to fill the freezer.  If it had a nub or a mass of points, he was going have a day of reckoning.  The woods came alive as the sun came up and that special feeling was there, my long awaited deer drought was going to come to an end.

About 2 hours into my morning vigil, the ridge to my left was a blitz of motion as 7-8 deer came barreling down to the flat to my left.  Something had spooked them, what it was I dont know but it got the blood rolling.  Most were does but one could have been a buck but no shot was presented as they flew into the trees.

Then out of the corner of my eye, I catch movement above and to the left.

And boom, there they were.  8 deer, 5 of which were of the male variety.

Unfortunately, they were Mule Deer.

Only Whitetails were on the menu for this late season hunt.  So I sat there, frozen as the wind was right and they couldnt smell or really make me out behind the stump I hid behind.

The big heavy horned 4 point buck didnt give two shits about me, as he chased the does here and there.  Nose down, lips curled and motivated, I could have taken him about 50 different times from a range of 30-60 yards depending upon position.  That doesnt even count the 4 other bucks that were in range and milling around, confused to their opportunity with the big dog around romancing the farer sex

So I sat there and the herd circled around me.  One doe came within 10 feet as I sat motionless, letting the scene happen.

Finally they bounded off, and I was speechless.

It all worked to perfection, they just had the wrong set of horns.
Posted by Millsy at 7:12 AM