To The Last Swing... 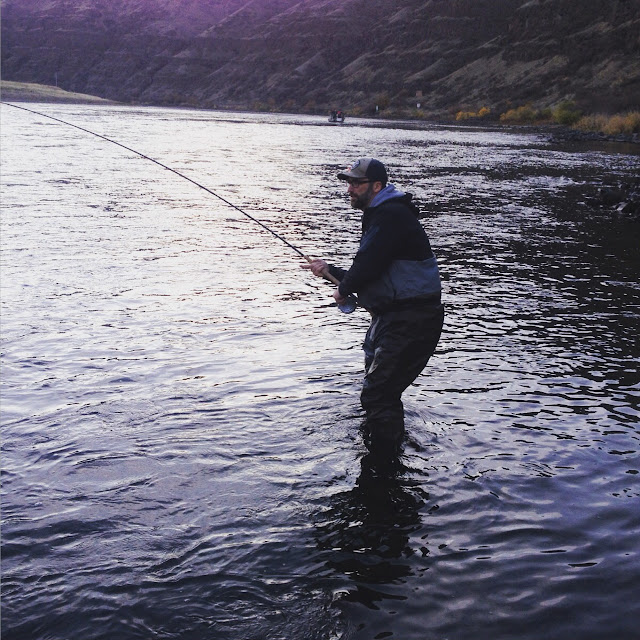 OMR had already reeled up and was sitting on the bank waiting for me to throw in the towel.

Just one more cast.  And then another.  And maybe five or so more.

It's incredibly hard to leave good water un-fished even as the last fading rays of sun were disappearing over the canyon rim.

Each cast is an offering of hope.  You hold out hope each time that the line hits the water but really when it's down to the last few seconds of the day,  the hope counter is down as far as it can go.

I put the mend in the cast, said here we go.  Simple math says the day was almost finished.

The fish picked up the bug in the last 5 feet of the swing and off she went.   OMR sat on the bank repeatedly saying, "No way, No Way NOOOOOOO way"

I was about as shocked as my father.  A perfect ending to a great day on the water that will only stoke the fire for the next day out.
Posted by Millsy at 10:33 PM