Of buckets and lists...

Bucket list.  Categories of achievement.  Future feathers in the cap of life.

We all have them.

The good folks at the Outdoor Blogger Network has thrown the prompt out there, "What's on your bucket list."

A mixture of fish I'd like to catch and where I'd like to fish, I hope you enjoy my list and hopefully it inspires you to put your list down on paper.  Without goals and things to look forward, life can frankly get a little boring

1.  Land a Steelhead on Dry
Last September on the Clearwater, I had a fish come up and blow up my dry.  I sat there, mesmerized and couldn't believe that a fish that big, that displaced that much water, didn't hang up on the fly.  Then 3 casts later, it did it again with the same result.   Also, I wont go into detail about a fish that kept rising last November on the Grande Ronde that caused me to go stoooooopid and fall in the river in pursuit of it.  It happened right at this spot here 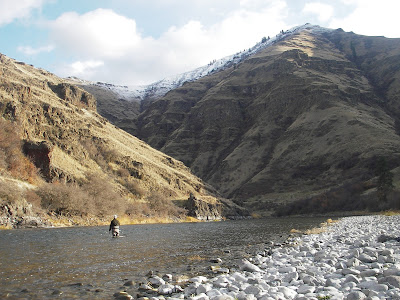 2.  Execute a Snake Roll Spey Cast
I'm clumsy as hell.  This for me will be an accomplishment 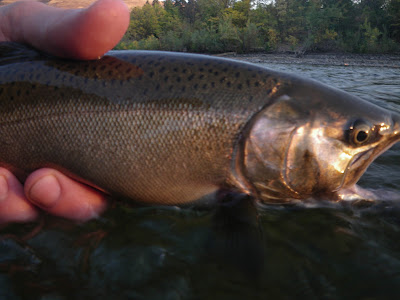 5.  Catch the Flats Grand Slam in one day 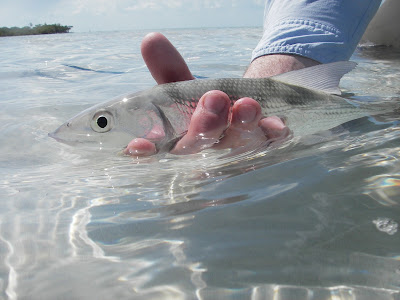 Belize gave me several days with a 2/3rds slam, but never the holy trinity.

6.  Teach my son to fly fish
I think he needs a Winston B3MX 5 weight for his first birthday.  Just sayin....

7.  Fish Baja
Cause nothing's sexier in fishing than a Rooster from the beach

8.  Spend a week in Smithers, BC
Steelheaders have their Mecca, and it's Smithers.  It looks like its about 20 hours of driving from my house but I don't care.   Just give me the chance to cross a few of those rivers in the Skeena System off my list.  At least one time

9.  Help my wife land her first fly caught fish
It's going to happen soon.  I know it.


So what's on your list.  I'd love to know about other quests that appear on other's lists..and maybe it will intrigue me enough to put it on my top ten.   Hit me up on the comments if you can
Posted by Millsy at 5:16 PM