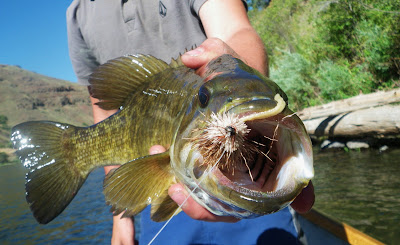 The annual trip to the Smallmouth Who Eat Mice River was a smashing success.   Now its dry fly action that I really get excited about.  They eat like they've never seen food before

On a whim, we decided to "take a look" at the Clearwater and hope against hope that the far leading edge of the summer run Steelhead were in town. 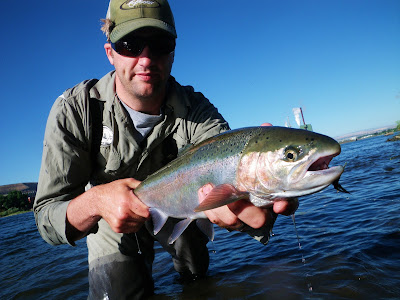 You see, white unicorns DO exist.

Do yourself a favor and skip fishing for Steelhead over here in July.  Because if you do and you luck into a fish like this silver rocket, it makes you forget all else.  Wait till September or something sensible.

Yeah right.  Wish I could say I followed that advice but as you can see, the pictures from July are done because no other Steelhead were caught and that's all I went for. 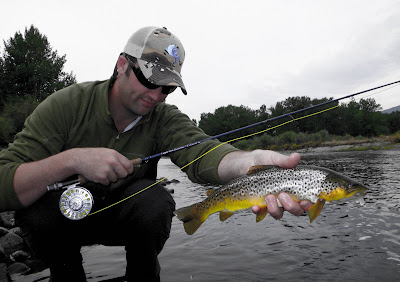 I put the two hander away for a bit for a trip to Montana's holy land of Twin Bridges.  Good buddy and fishing guide Joe of Evolution Anglers was getting married and of course, there were some fish to be caught. 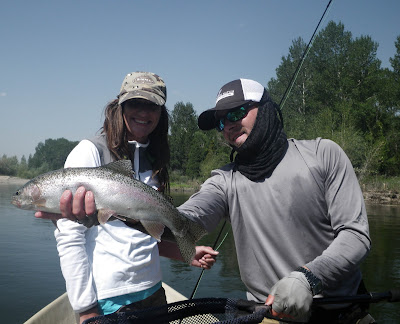 A beautiful day in the valley floating with Liz and Kevin  followed by a beautiful day on the Big Hole at Joe and Ke'lah's wedding.  We might or might not have fished the morning of their wedding.....just maybe 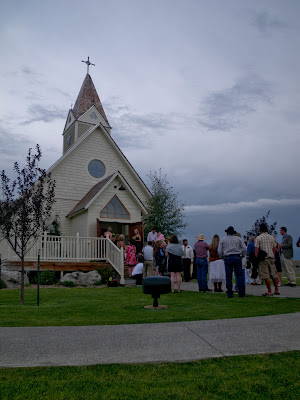 Also, I caught another white unicorn. 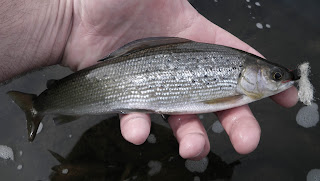 Tune in tomorrow for The Fay Clave of September an October's guns of fall
Posted by Millsy at 6:42 AM