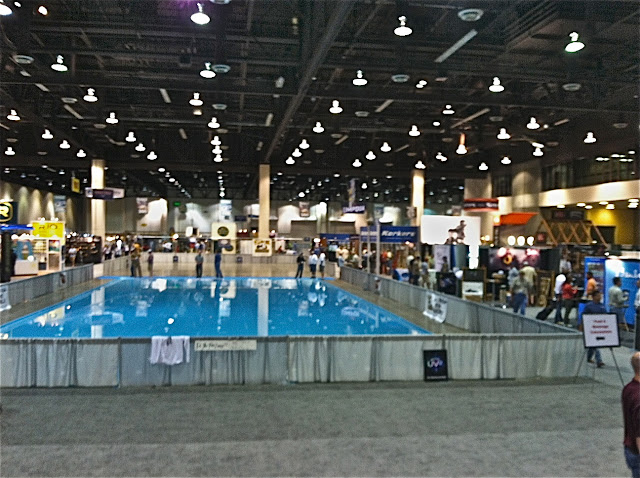 Sorry for the gap between posts, we've been busy.

The International Fly Tackle Dealer's Association trade show was a revelation to this fishing blogger.  The top companies in the industry put their best food forward with their 2013 lines and new products.  More importantly it's the biggest networking event I've been a part of as long as I have been writing this outpost on the internets.

It was a tremendous opportunity to speak and hang out with so many people I've only spoke of via the virtual world of fly fishing.  It's interesting when you actually meet a person you've talked with only online, through emails and in print.

"Oh, so you're that guy"  "He great to finally meet you"  "Holy Shit you're tall"  There's that moment of slight awkwardness and then go on having a good time being a gear whore and loving everything you're seeing at the show.

The connections that were made at this show have the potential to catapult the ideas I have and things I want to do, write about or be a part of so much faster than I have ever could imagined before the show.

In the next week or two we will be highlighting a few of the products and initiatives that were discovered at the show.  There's some really great companies coming up in the fly fishing world that need some showcase, there's tension between rival companies, there's new kids coming up in the industry and mostly, there was a lot of debatchery in the lovely, ahhhhem, casino's of the biggest little city in the world.

--Conservation issues continue to be at the forefront

--The sense of community is really there amongst the fishing media, especially other bloggers

--The new rods and reels are bloody amazing. 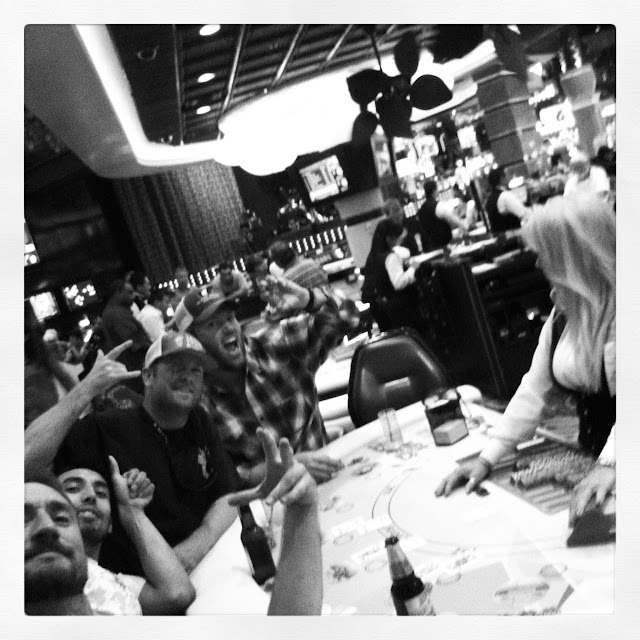 --Mostly, you get a bunch of degenerate fly fishing nut-balls together in a town with a hefty amount of beer and gambling, some hilarity and craziness will ensue.  Lets just say we might have politely harassed blackjack dealers into the wee hours of the morning on several occasions.

So keep an eye here in the next week or so, cause new shit has come to light.
Posted by Millsy at 6:13 AM