Some Companies Care...Some Could Give A..... 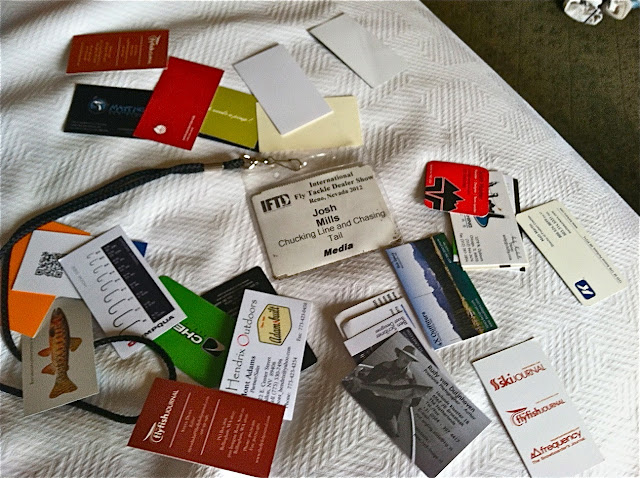 A few days back from the International Fly Tackle Dealers show in Reno and it's allowed me to reflect on the show, at least from a trade show rookie prospective

There is so much cool new and innovative gear coming out, good gawd.  I literally could post for two weeks on a daily basis and still would have more info to cover.  The show was a tremendous networking experience and the trip will pay dividends for years to come when it comes to contacts within the industry

The issue I keep coming back to is that some companies care about bloggers and social media outlets, others could really give a shit.

At least that's the impression they gave.

Maybe it's the fact that they dont know me, my blog or why the hell I was there, but I could tell within 1 minute if a company wanted to deal with me.  I wasn't a fly shop, I'm no traditional media outlet, just a little outpost on the internet called a blogger.

Interestingly, some of the biggest companies....we're talking the big boys and girls, were so cool.  They'd walk us through the entire new lineup, show us what they're excited about, so on and so forth.

Another set of firms looked at the name badge and really didnt care to "waste" any time with us.  Not wanting to tuck tail and run, I'd fiddle with a few products and roll out like a red headed stepchild.

The smaller companies, the hungry ones, were excited about what they were doing.  They wanted to tell their stories, give you a picture of what they were all about.  They made me feel so excited to see the direction they were going.  One owner told me a story of with his last 700 bucks...he took $600 to purchase materials and equipment and kept the last $100 to keep his internet on.  Now, he's rolling and there wasnt another person I talked to who wasnt ultra impressed with his efforts.  That guy's going to be a classic American success story.  From the ground up, there's a groundswell of good opinion.

Another company just about had everyone eating out of their palms.  It seemed that 90% of show attendees had an Iphone, and that company had most of the Iphones covered in their product.

Let me reiterate, I wasn't there for freebees.  I was there to meet and greet.  "Kiss Babies and Shake Hands", you know what I am saying?

If you search out there in the internet land, look for the companies that have the good reviews from the show.  Those are the ones that made everyone feel like a million bucks.  Truthfully, the difference between Label A and Brand B isnt in the gear itself, it's the attitude of the company.  The attitude of the company and how they interact with their customers is how brand loyalty and brand evangelists are made.

Can't wait to go back to the show next year to see if anything changes. 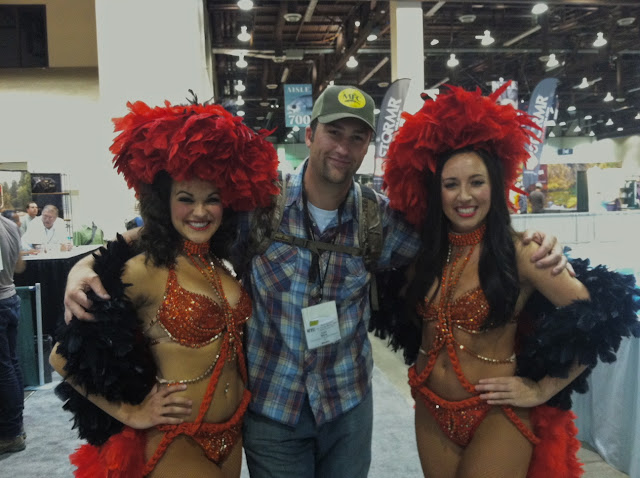 Hopefully it's somewhere again that has showgirls....
Posted by Millsy at 9:49 PM